A gas station clerk is in critical condition after he was shot in the neck during a robbery early Thursday morning at an Arco station on Seventh Street and Obispo Avenue, according to police and bystanders.

The shooting was related to an earlier incident at a gas station on 7th Street and Redondo Avenue where a suspect tried to carjack a man with a gun while he was pumping gas at about 3:40 a.m., police said. The suspect fled on foot before police got there and the victim was uninjured, police spokeswoman Allison Gallagher said.

However, at about 5:25 a.m., the gunman came into the Arco and demanded money, the family that owns the gas station said.

After taking the money, about $200 in $5 bills, the gunman shot the 23-year-old clerk in the neck, according to Ahmed Shalaby, who is the son of the station’s owner. Police said the suspect again fled the scene on foot and detectives believe the two incidents are related. 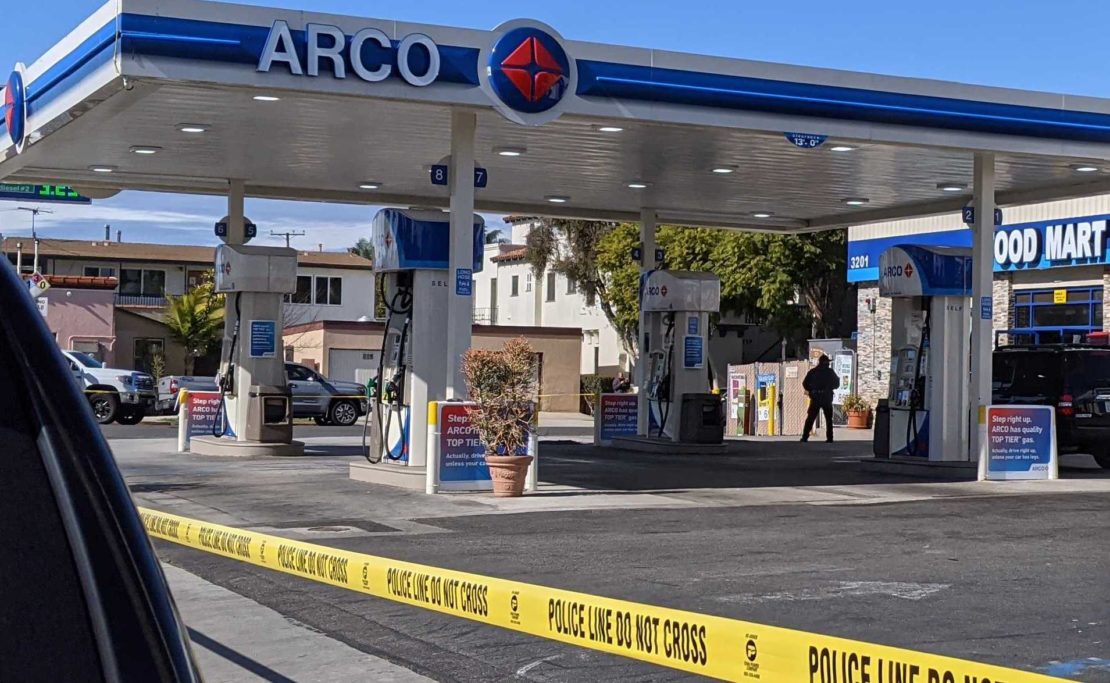 A clerk was shot at the Arco on Seventh Street and Obispo Avenue on Thursday, Jan. 28, 2021. Photo by Valerie Osier.

At first, the victim wasn’t breathing, but two customers who were there happened to be a doctor and a firefighter and performed CPR, Shalaby said.

A police department spokeswoman said the victim was taken to a local hospital in critical condition.

The man had just started working at the Arco station about a month ago because his old job, at a 7-Eleven, was getting too violent, Shalaby said.

Crime, including shootings, has been on the rise in Long Beach over the past year.

The victim is a quiet man and was getting ready to go visit his mother in his home country of Ethiopia, according to Shalaby.

Editor’s note: This story has been updated with new information from police.