Police are investigating after a man was shot to death in Gumbiner Park early Friday morning.

Police said the victim, only identified as a man, was in the park when another man came up to him and began shooting around 5:30 a.m.

A neighbor said he was standing on his balcony across the street when he saw a man on a bicycle ride up to the victim and fire multiple times.

“It was cold blooded,” the neighbor, who declined to give his name, said. “Guy didn’t have a chance to react, that’s how fast it was.”

He said the victim had been standing at a picnic bench with a group of people when it happened. 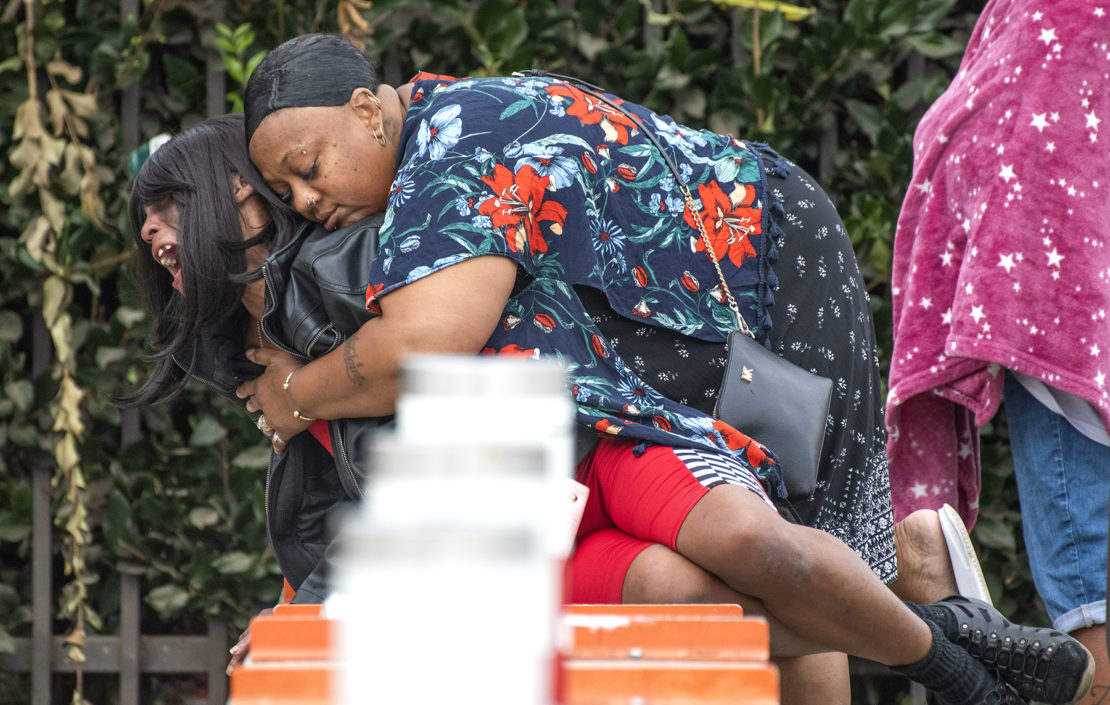 A woman yells out a name as the Los Angles County Coroner takes away the body of a man who was found dead at Gumbiner Park in Long Beach Friday, September 25, 2020. Photo by Thomas R. Cordova.

The suspect fled the area, police said. When officers got to the scene, they found the victim with gunshot wounds to his upper body and called for paramedics, who determined he was dead.

Neighbors said they were woken up by about five gunshots and then the sirens of police vehicles rushing to the park, which is on Seventh Street near Alamitos Avenue.

“This is horrible,” said Vivian Scott, who lives nearby. “This disturbed me.” 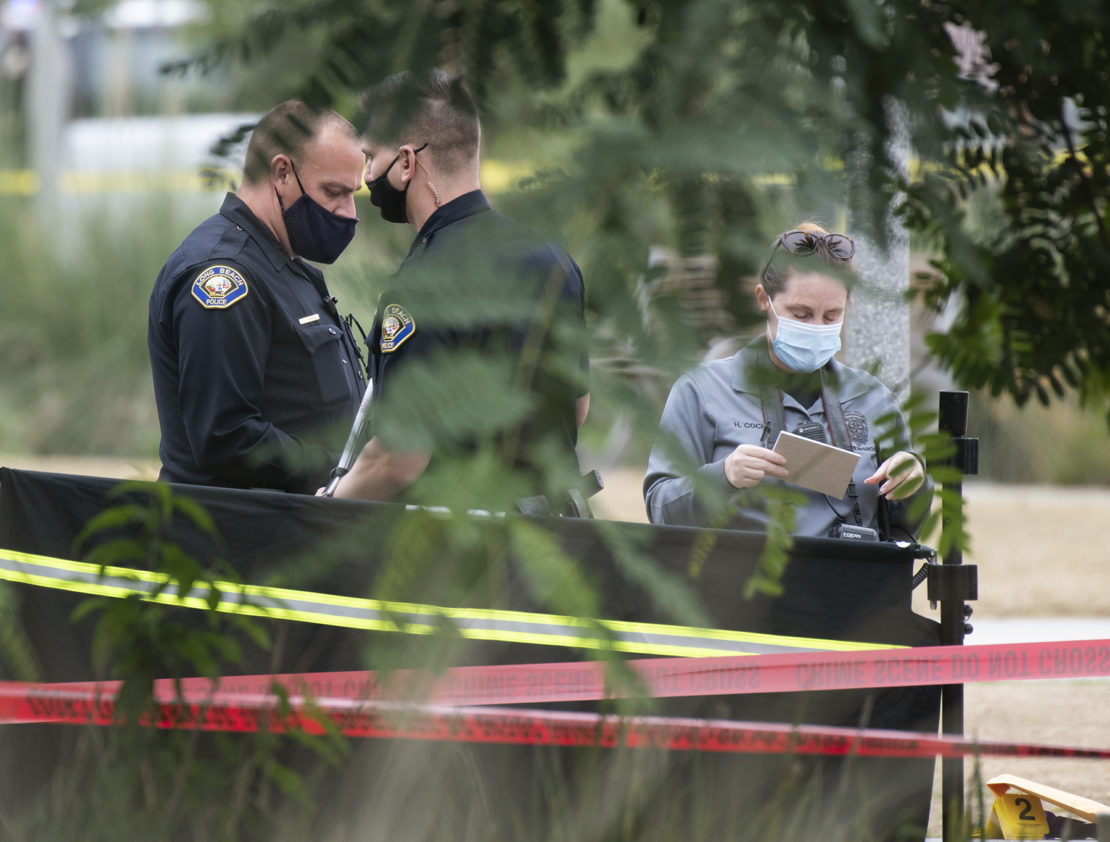 Scott, along with other neighbors were shocked by the shooting, saying people at the park usually keep to themselves. But, this was the second night Scott has heard gunshots in the area.

“I didn’t think it would be anything like that,” Scott said.

Other neighbors said they have been noticing an uptick in criminal activity and complained to the City Council.

Police are still investigating and asked that anyone with any information on the shooting contact detectives Adrian Garcia and Sean Magee at 562-570-7244. Anonymous tips may be submitted by calling 800-222-8477 or by visiting crimestoppers.org.

Editor’s note: This story was updated with more information from police and neighbors.