Long Beach police announced they have arrested four men in connection to the shooting death of 14-year-old Arthur Touch in a Central Long Beach street.

“Any loss of life due to violence is unacceptable, but the murder of a 14-year-old should be an outrage to our entire community,” said LBPD Police Chief Robert Luna.

Touch was described as a nice, quiet kid who was athletically gifted and bright.

Touch was found on the 1400 block of St. Louis Avenue on Dec. 16 with gunshot wounds in his upper body. He died at the scene.

Police now believe a dispute between the victim and four suspects escalated into a physical assault, which then led to the shooting, officials said.

They executed three search warrants at addresses in the Poly High and Washington neighborhoods and arrested four men on suspicion of murder: 19-year-old Jose Martinez, 18-year-old Jacob Valentin, 25-year-old Junior Parra and 23-year-old Ricardo Parra. They are all being held on a $2 million bail.

The California Highway Patrol arrested the Parra brothers early Friday morning near the US border into Mexico, police said. CHP officers in San Diego saw their car that matched a description and began following them in a pursuit, CHP said in a release. They tried to flee from the CHP in their car and then on foot, but officers apprehended them, CHP said.

Detectives also found four handguns, seven rifles and ammunition in their searches, but the firearms are not believed to be involved the murder, police said.

They said they are still investigating the shooting as gang-related, but it’s unclear if Touch was associated with members of a gang, targeted by a gang or a bystander.

Long Beach police define “gang-related,” as any crime “committed for the benefit of, at the direction of, or in association with any criminal street gang.”

Detectives anticipate presenting their case to the district attorney early next week for filing consideration. Police ask anyone with any information regarding the incident to contact Detectives Oscar Valenzuela or Eric Thai at 562-570-7244. Anonymous tips may be submitted by calling 800-222-8477 or by visiting www.LACrimeStoppers.org. 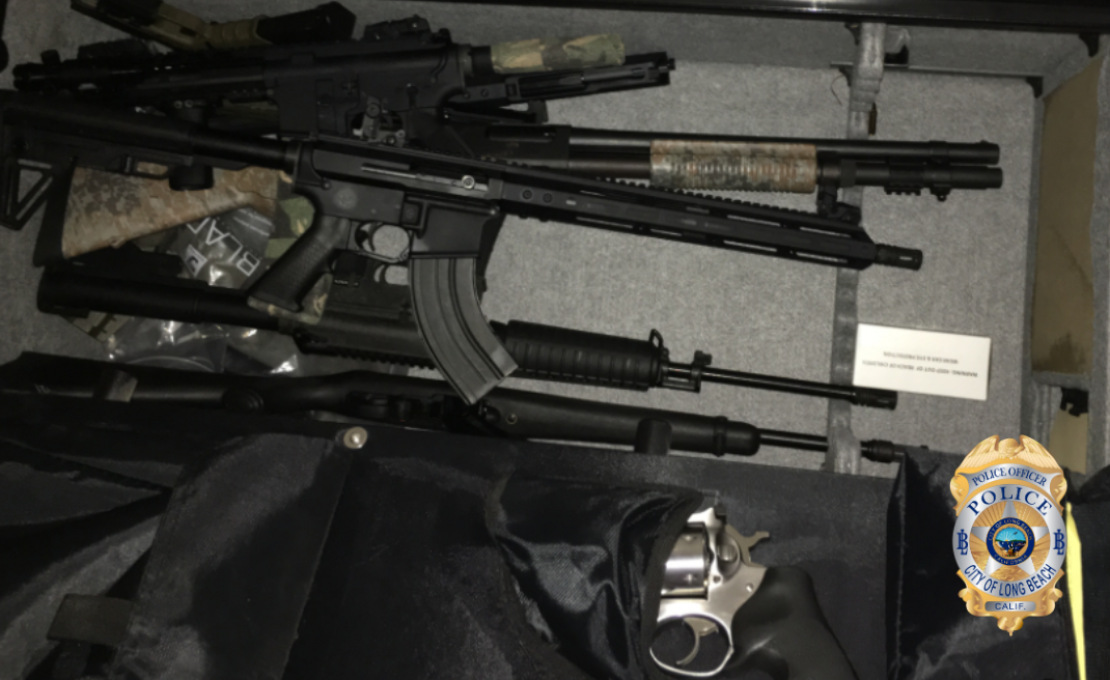 Police say they found guns and ammunition while executing a search warrant at the homes of the men suspected of shooting Arthur Touch. Photo courtesy of LBPD.