Arthur Touch was a smart, playful and athletically gifted young teenager, according to people who knew him.

He ran track at Nelson Academy middle school where he helped break a school record for the 4×1 relay. One year, he even made coach Earl McCullouch Jr.’s All City Championship team. This year, he was part of a magnet program at Poly High School.

“He was a nice, quiet kid,” said McCullouch, who coached Touch in seventh and eighth grade. “Bright young kid with no problems—no issues.”

But this week, McCullouch and others in Touch’s life were shocked to learn the boy was killed in a shooting that police suspect was gang-related. Touch was 14 years old.

“It just hit me, and I haven’t had an appetite all day,” McCullouch said. 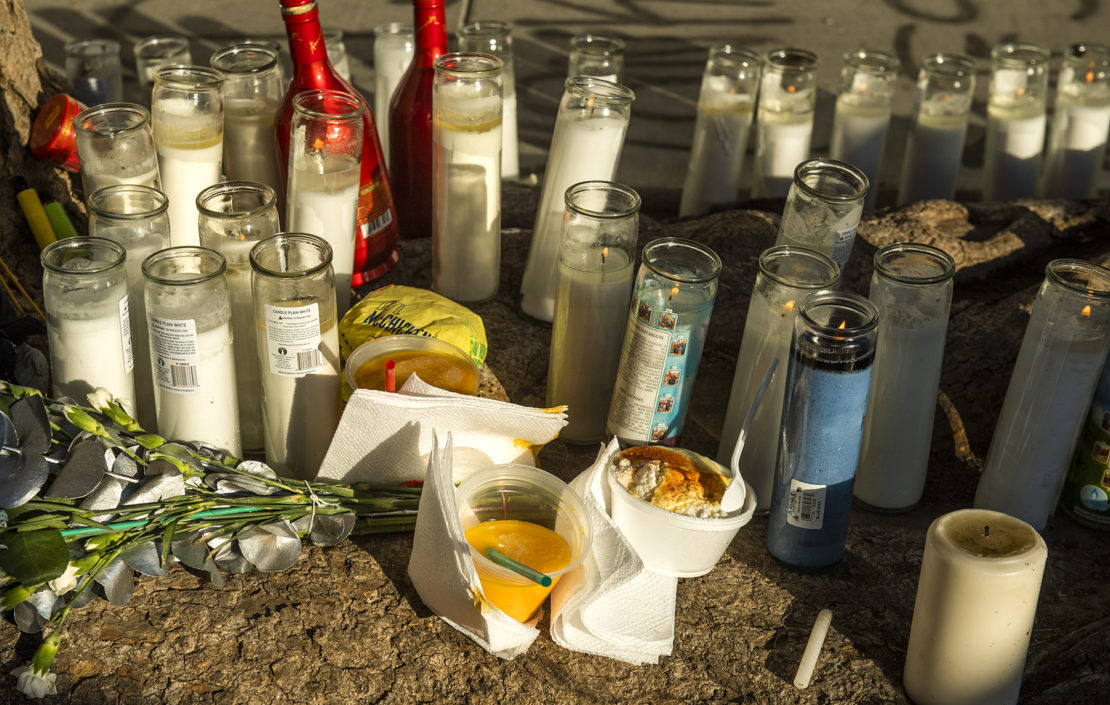 Food and snacks are placed at a roadside memorial for Arthur Touch. Photo by Thomas R. Cordova.

It’s unclear if Touch was associated with members of a gang, targeted by a gang or simply a bystander. Long Beach police define “gang-related,” only as any crime “committed for the benefit of, at the direction of, or in association with any criminal street gang.”

Long Beach police officials could not provide more details about why the shooting is being investigated as gang related, but LBPD spokesman Brandon Fahey said additional detectives were assigned to support the investigation, and at this time, no arrests have been made.

Touch’s death comes as police say they’re battling an uptick in gun violence in the city.

The 14-year-old was found shot to death on Wednesday night. He’d collapsed in the street near St. Louis Avenue and 14th Street. On Friday, a makeshift memorial was put up in Touch’s honor near the intersection, which is in a community that has experienced other shooting deaths recently. Another candle-lit memorial was installed down the street earlier this year. 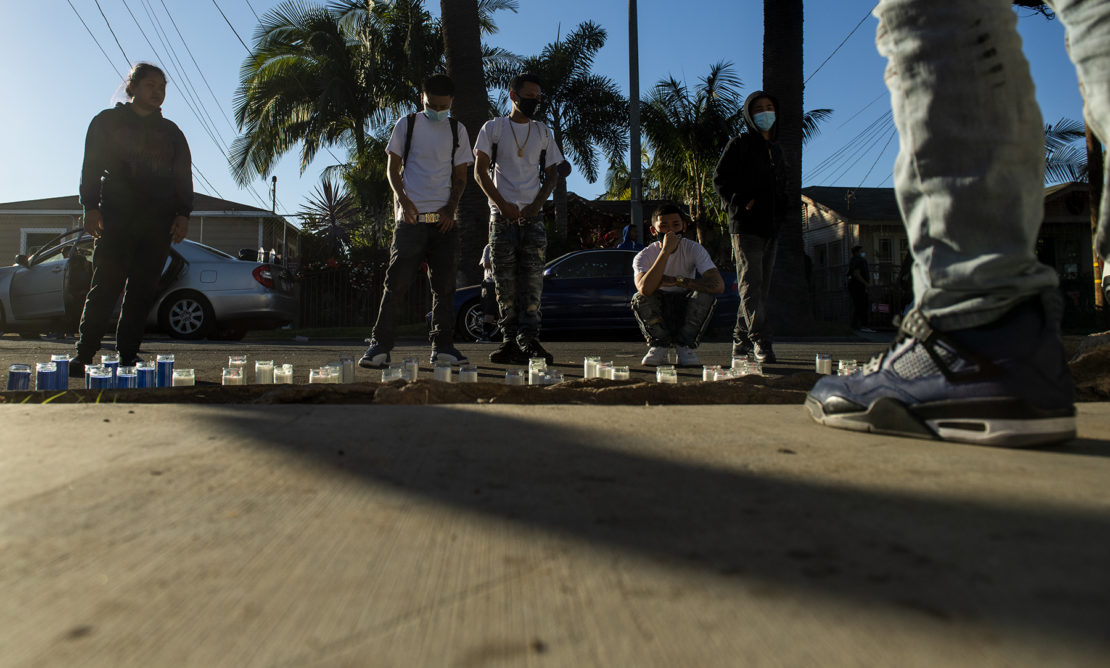 Loved ones gathered around candles and pictures of Touch Friday afternoon to mourn his death. Mya Pech met Touch about a year ago through her younger cousin. She instantly grew close to him and watched over him.

“I took him as my own and kept him as my son,” she said as she fought back tears.

Pech said she’s saved a video of Touch making jokes and being playful. She replays the video over and over again to hear his voice—a reminder of Touch’s joyful character in stark contrast with the circumstances of his death.

“He was such a goofy kid,” she said. “I know people say good things about people after they pass, but this kid—I think that’s why he went home. He’s too precious for this world.”

Mike Guardabascio contributed to this report.