A woman was shot and wounded inside a home in the Bluff Park area of Long Beach early this morning, and authorities are trying to piece together who is responsible, according to police.

Police said the shooting happened around 1:18 a.m. inside a home near Ocean Boulevard and Molino Avenue, a pricey area of the city filled with homes overlooking the coastal bluff.

When police responded to reports about the shooting, they found the woman with gunshot wounds to the upper and lower body, LBPD spokesman Brandon Fahey said. Long Beach Fire Department paramedics rushed her to the hospital where she’s expected to survive, according to Fahey. 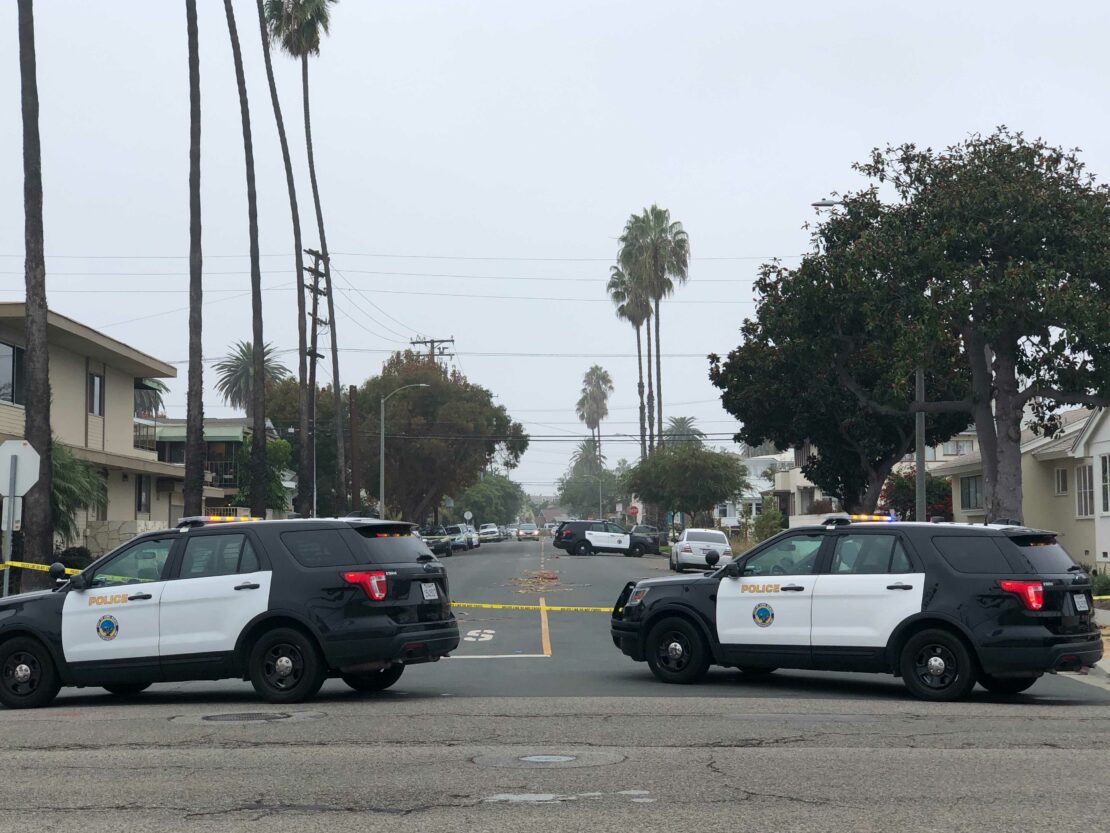 Police had streets blocked off at Ocean Boulevard and Molino Avenue while they investigated. Photo by Brandon Richardson.

Police said investigators believe the shooting started with an argument between the woman and someone else in the home, but it’s not clear whom.

Fahey said the victim is not cooperating and has refused to provide a statement to police.

No arrests have been made and no further information was immediately available on a suspect or motive, but Fahey said investigators don’t believe the woman was the victim of a home invasion. They’ve found no evidence of a break-in, he said.

Police said they seized multiple guns at the home and found bullet casings that indicated a shooting had happened inside.

Authorities had some roadways at Ocean Boulevard near Molino closed down while they investigated Thursday morning.