Long Beach police shot and wounded a man Friday morning after being called to a neighborhood in East Long Beach where he was reportedly waving a knife and a gun, which turned out to be a replica firearm, according to the department.

After getting a call about the man around 8:20 a.m., police responded to Los Coyotes Diagonal near Woodruff Avenue where they found him inside a parked car, LBPD spokesman Richard Mejia said. The officers saw he was holding a gun, according to Mejia.

Police said the man, a 40-year-old Palmdale resident, threatened to hurt himself and then pointed the gun at the officers. Police later learned that the gun was a BB gun.

“And after several attempts to deescalate the situation,” Mejia said, one officer shot the man, wounding him in the upper body. 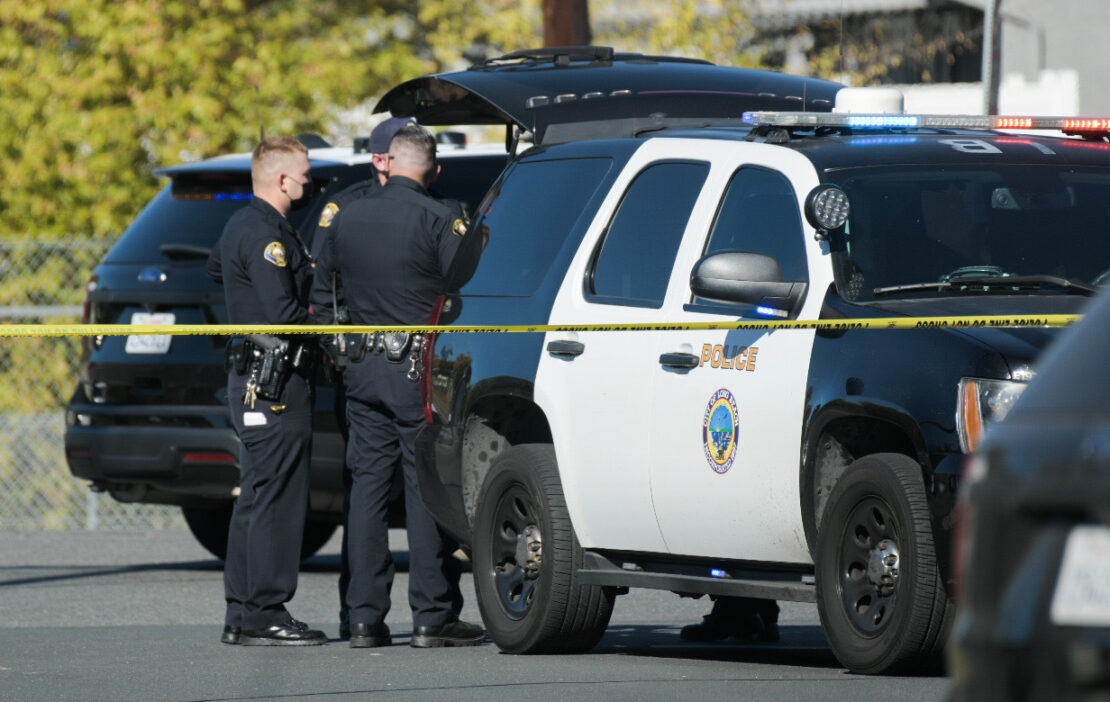 Long Beach police shut down a stretch of Los Coyotes Diagonal near Woodruff Avenue Friday morning after at least one officer fired a weapon, according to the department. Photo by Thomas R. Cordova.

A neighbor who lives across the street said he saw what looked like two police officers approach the car, one of them giving commands.

Jackson said he heard two shots fired and when he returned outside to see what had happened, he saw police put the victim into an ambulance. The wounded man appeared to be conscious and speaking.

“I couldn’t hear what he was saying but it was loud,” Jackson said. “He must have been still fussing.” 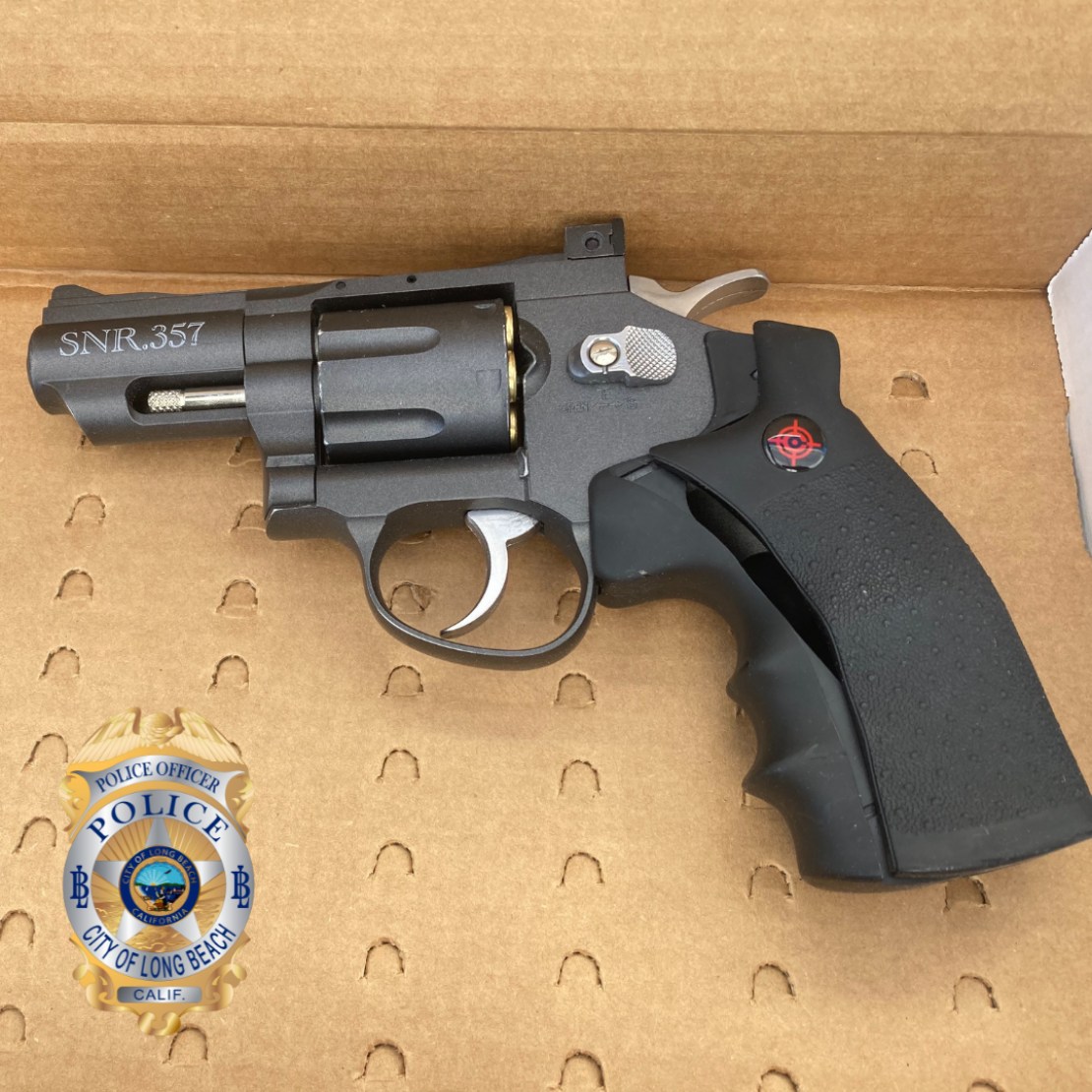 Police said a man wounded by police was carrying this BB gun on Nov. 12, 2021. Photo courtesy the LBPD.

Paramedics took the man to the hospital where he’s expected to survive, according to police. Nobody else was hurt, Mejia said.

Police shut down a stretch of Los Coyotes Diagonal near Woodruff Avenue while they investigated.

The car appeared to have a broken-out back window, but it’s unclear if that was caused by the gunfire. It was parked on Los Coyotes between homes and a flood control channel.

Long Beach police are equipped with body-worn cameras; the department said it is currently reviewing the footage. As with any officer-involved shooting, the LBPD and Los Angeles County District Attorney’s Office will investigate to determine if the shooting was justified.

Editor’s note: This story has been updated with more information from police and a witness. It’s also been updated to correct that the replica gun was a BB gun, not an airsoft gun.