A woman was critically wounded in a shooting at a Rose Park apartment building Wednesday night, according to Long Beach police.

The gunfire was reported at 11:33 p.m. in the 1000 block of Dawson Avenue, said LBPD spokesperson Allison Gallagher.

Although the woman was still alive, homicide detectives were called to the scene to begin investigating, according to Gallagher. She said this was due to “suspicious circumstances,” but was unable to provide more details on those circumstances.

Police were still at the scene on Dawson near 10th Street around noon Thursday. Forensics crews headed into an apartment and officers said they were searching for evidence in a neighboring home’s yard.

No arrests have been made and the investigation is ongoing, police said. 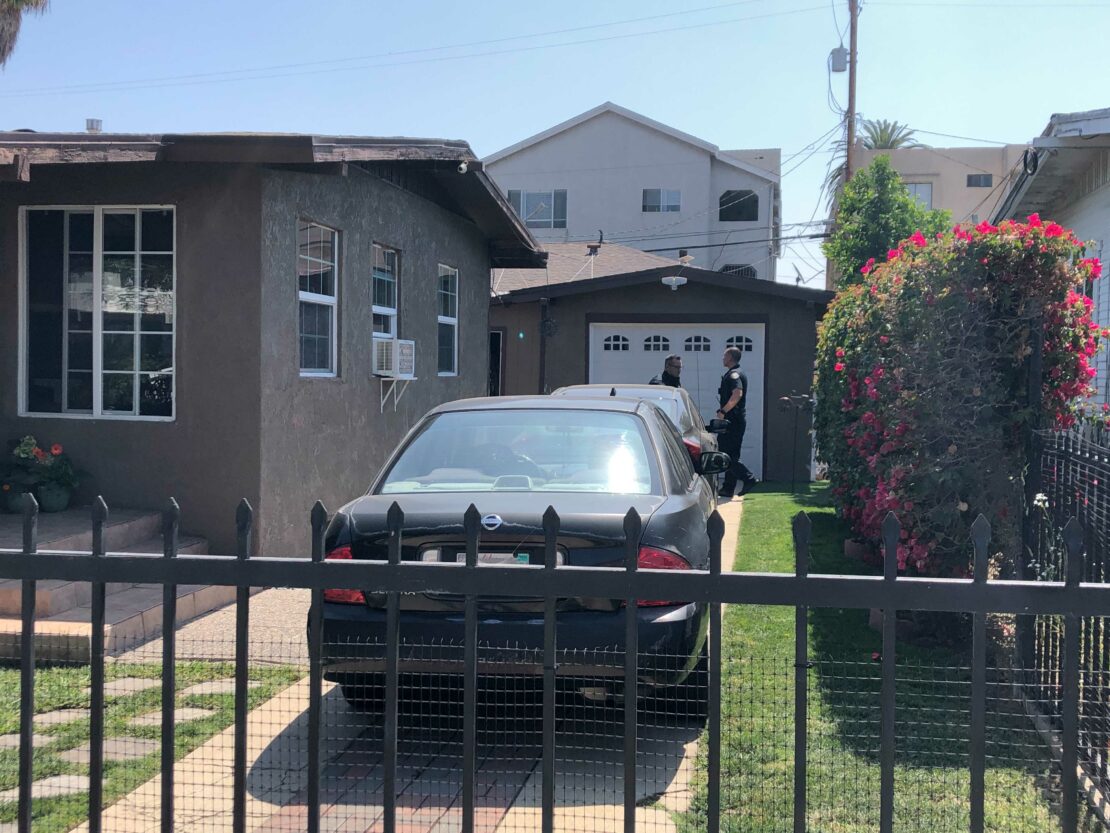 Police told a resident they were searching for evidence in a yard near the scene of the shooting. Photo by Brandon Richardson.

Editor’s note: This story has been updated with information from the LBPD.