A man is in police custody following a brief standoff with SWAT officers that was sparked by gunfire late Wednesday night.

Authorities said the incident began in the Sutter Neighborhood where police were called around 11:05 p.m. Wednesday. A department spokesman said LBPD officers arrived near the 100 block of West 52nd Street, where they found a man who said that another individual pointed a rifle at him during an argument.

Lopez-Pinzon and the victim are neighbors and were involved in a dispute when the rifle was allegedly pointed at the victim, police said.

Officers on scene said that they saw Lopez-Pinzon exit a home with a rifle and observed him fire two shots from the rifle and believed Lopez-Pinzon was shooting at them and returned fire before the he ran into the home, according to police. 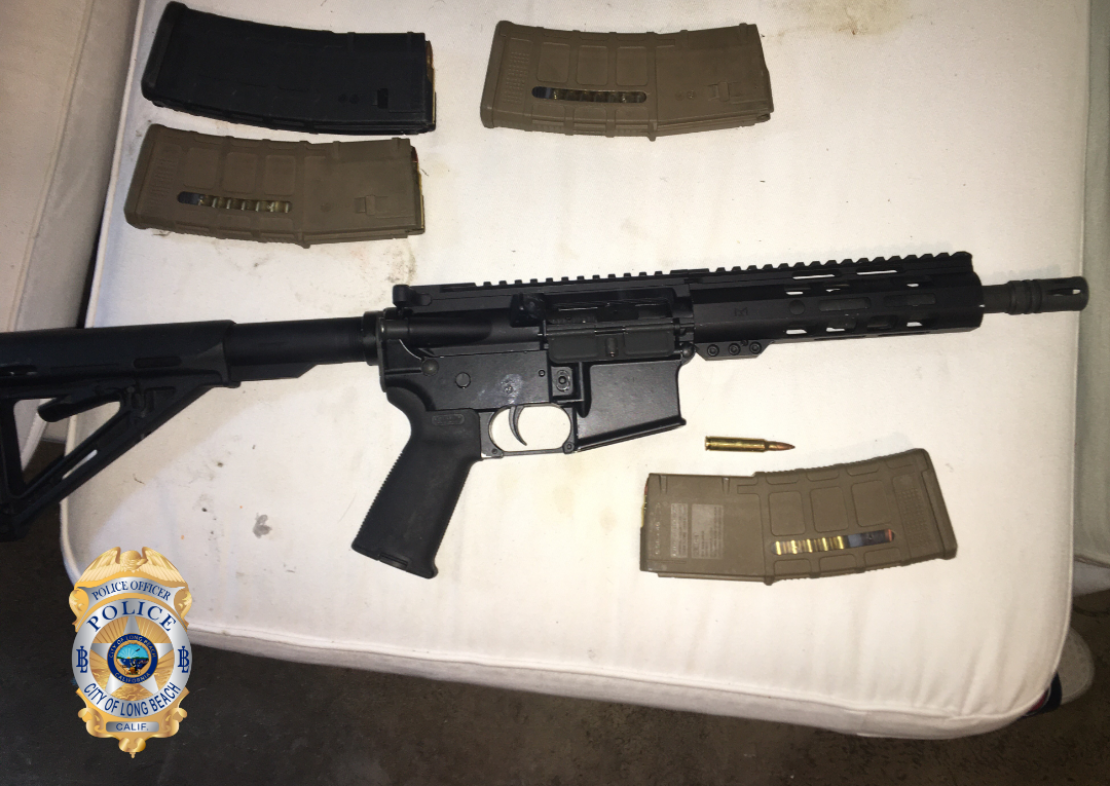 The rifle carried by a suspect who was shot at by police after firing two shots. Photo courtesy of LBPD.

The department called in the SWAT team, and officers evacuated nearby homes during the standoff, Fahey said. Police didn’t immediately say how long the standoff lasted, but the suspect ended up coming outside and surrendering, Fahey said.

Lopez-Pinzon surrendered to police while wearing body armor, according to an update from the department.

A woman and a child who were also inside the home were not hurt, police said.

Officers recovered a loaded rifle and several magazines from inside the home after Lopez-Pinzon surrendered.

Officers were still on scene early Thursday morning with police tape blocking off a stretch of several houses on 52nd Street as they continued to investigate exactly what happened.

A neighbor said she didn’t hear the gunshots Wednesday night but said that they could have been confused for fireworks exploding in the neighborhood, which she said happens frequently.

Editor’s note: This story has been updated to include additional information from the Long Beach Police Department.