Police called out a SWAT team early this morning after discovering a burglary in progress at a business in West Long Beach, according to authorities.

Police said someone called them around 2:55 a.m. Tuesday saying people were on the roof of a closed business in the 1300 block of Gaylord Street, which is an industrial area mostly filled with warehouses and truckyards. 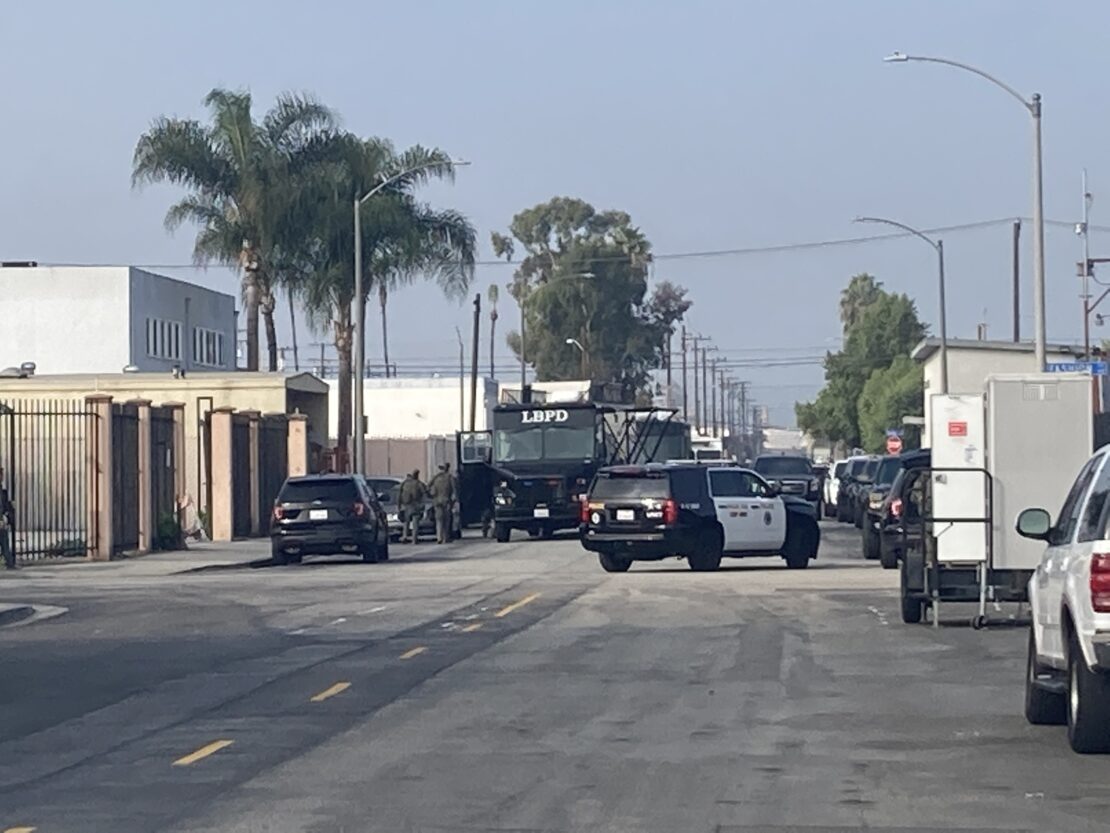 After police confirmed at least one suspect was on the roof, they surrounded the building and called in a SWAT team to search the business, Long Beach Police Department spokesman Brandon Fahey said.

Officers negotiated with the suspected burglars cornered inside for several hours, according to Fahey. Eventually, he said, they surrendered, and police took them into custody without any problems.

Police had streets in the area blocked off until after 9 a.m.