Police say they’re looking for a driver who spun out on a wet road and crashed into the front wall of the Taco Surf restaurant on Pacific Coast Highway in the Surfside section of Seal Beach.

Seal Beach police said they initially responded to a burglary alarm at the closed restaurant at 1:42 a.m. Wednesday, which was during the overnight rainstorm. When officers arrived at the scene, they discovered “significant structural damage” to the exterior of the business 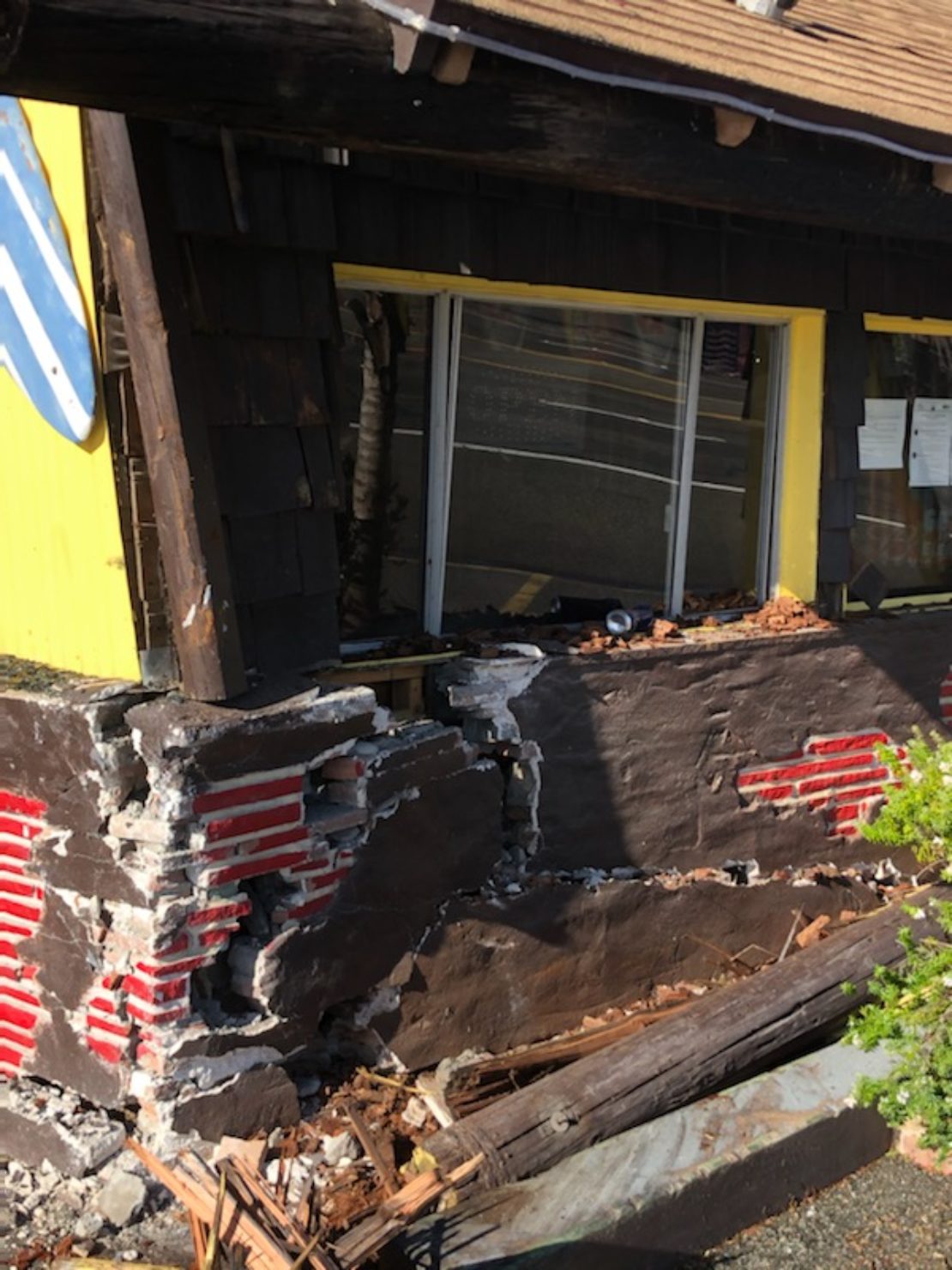 A damaged wall outside of the Taco Surf restaurant in Surfside. Photo courtesy of the Seal Beach Police Department.

The restaurant’s surveillance camera showed what police believe to be an older model, light grey or silver pick-up truck, with an extended cab and tinted windows, hydroplaning across several lanes, before spinning out of control and colliding with the business.

The driver fled the scene in the vehicle before officers arrived, police said.

Investigators are still searching for the driver, whose vehicle sustained major collision damage to the entire right passenger side, according to police. 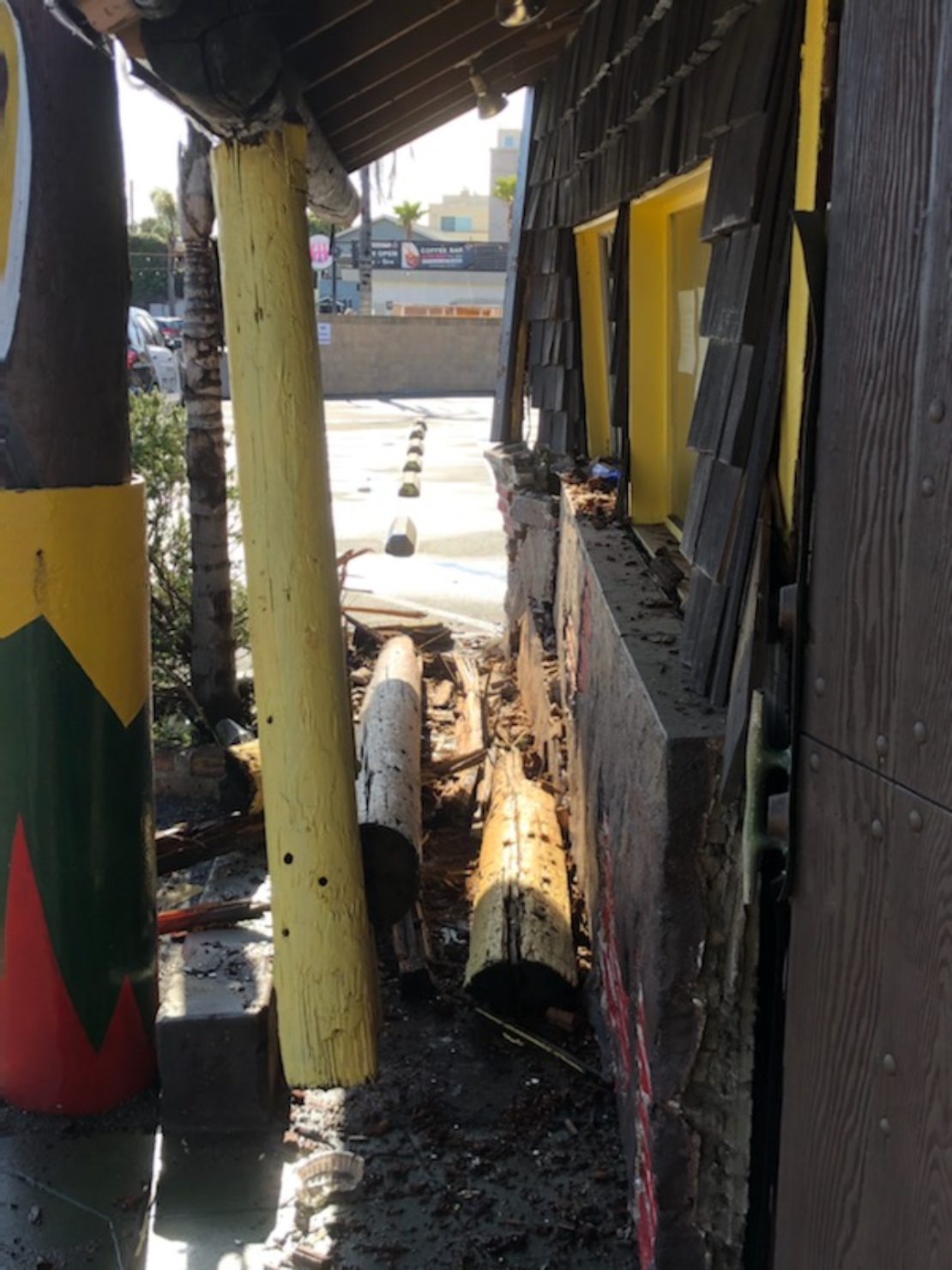 Shattered wooden beams outside of the Taco Surf restaurant in Surfside. Photo courtesy of the Seal Beach Police Department.