Long Beach police are investigating after a man was gunned down in his SUV Tuesday morning near the intersection of Wardlow Road and Magnolia Avenue.

LBPD spokeswoman Allison Gallagher said officers were called to two different locations in the area at about 7:25 a.m. for the shooting.

Police identified the victim as 55-year-old Jaime Perez on Tuesday evening. They believe he was parked in his red Nissan Xterra on the 3500 block of Eucalyptus Avenue, which is in a neighborhood about a block from the intersection, when the shooting suspects pulled up to him, got out of their vehicle and approached him.

“The victim accelerated from the curb, and at least one suspect immediately began firing gunshots at the victim before running back to the suspect vehicle and fleeing,” police said.

Police said Perez turned his SUV around and began pursuing the suspects, which ended in a crash between him and the suspect vehicle.

Witness Joel Potter said he was leaving a nearby doughnut shop just after 7:15 a.m. when he saw the SUV and another car stopped at the intersection on the south side of Wardlow facing east toward Pacific Place.

“I heard one shot, look down the street and see a dude in front of the car put three or four shots through the windshield,” Potter said, adding that he didn’t hear any words exchanged between the shooter and the victim. 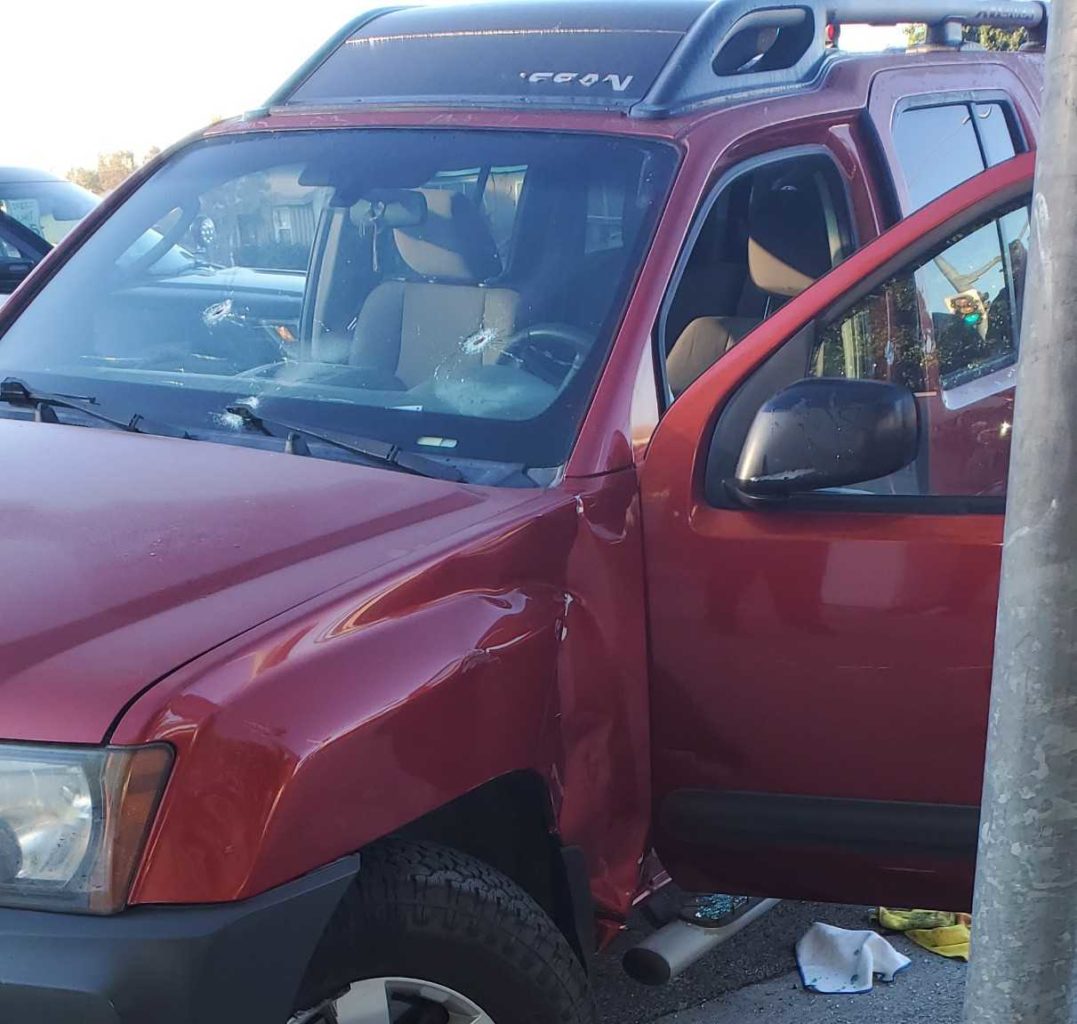 A deadly shooting left an SUV with a shattered windshield at the intersection of Magnolia Avenue and Wardlow Road on the morning of Dec. 1, 2020. Photo courtesy Joel Potter.

The victim then tried to reverse his SUV and get away, but flipped around on the center median and ended up on the opposite side of the road, Potter said.

“I ran up to the Xterra and I see him just slumped over the steering wheel with a round in his chest,” Potter said. Police said the victim succumbed to his injuries at a local hospital.

Two suspects fled in a dark four-door SUV, according to police. Potter described the vehicle as a burgundy Jeep Grand Cherokee.

After the shooting, Potter said he helped first responders get the victim out of his car. Arriving police officers started CPR and life-saving measures until paramedics took the victim to a local hospital, where he died, officials said.

Around mid-morning, police were still investigating around the Xterra that was haphazardly parked on the wrong side of the road with its front passenger door open. Glass and debris were scattered on the south side of the intersection, which was blocked off. Detectives are still working to determine the motive for the shooting, Gallagher said.

As police investigated, residents were going about their routines, watering lawns and tending to their yards in the quiet neighborhood.

Domidila Pelenato, who was down the street from the intersection, said she and a friend were drinking coffee around 7 a.m. when they heard five or six gunshots.

They each thought the shots came from different directions and thought there was a car accident when they saw police arrive at the intersection.

Officials sent out a message on Alert Long Beach noting traffic in the area was impacted as police investigated.

Police ask that anyone with information regarding the incident contact detectives Don Collier or Leticia Gamboa at 562-570-7244. Anonymous tips may be submitted by calling 800-222-8477 or by visiting www.lacrimestoppers.org.

Editor’s note: This story has been updated with more information from witnesses and police.