A man drove himself to the hospital after being shot at a strip mall on Willow Street between Pacific Avenue and Long Beach Boulevard Wednesday afternoon.

Police said the gunfire happened just after 3 p.m., and while officers were on their way to the scene, they were told the victim had already gone to the hospital himself.

He had a gunshot wound to the upper body and was in critical condition, LBPD spokeswoman Allison Gallagher said.

Police taped off a large swath of the strip mall’s parking lot while detectives and crime scene technicians scoured the scene in front of several fast food shops and stores. 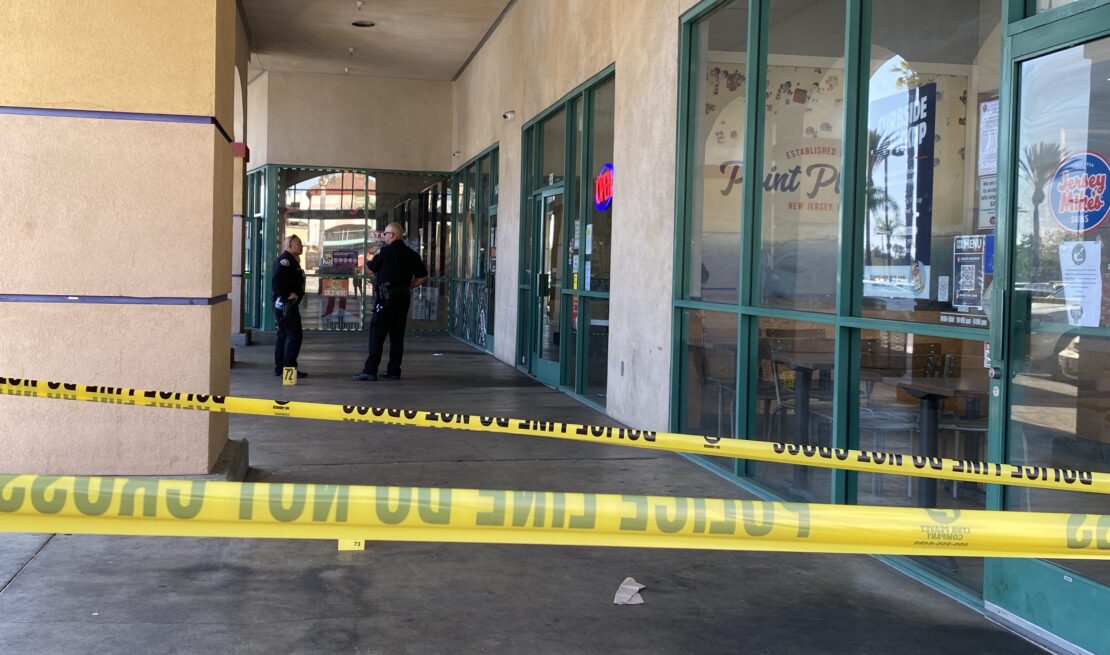 Police outside a Jersey Mike’s Subs and L&L Hawaiian Barbecue where there was a shooting on Wednesday, July 21, 2021. Photo by Jeremiah Dobruck.

Two women working at a nearby insurance business said it was frightening for the violence to happen so close by in the middle of the day.

“I heard one shot,” said Valerie Rebolledo. Then, “I saw two people run.”

Police have not arrested anyone, and they didn’t immediately have any information on a suspect or a motive, Gallagher said.

Shootings have spiked this year in Long Beach, with police reporting an almost 60% increase year-over-year as of the end of June.