Befitting the man who was being honored, Saturday’s dedication of the Dee Andrews Sports Complex at Chittick Park turned into a Long Beach Poly reunion of sorts.

The school’s football team and cheerleaders were on hand to celebrate Andrews, the Poly/LBCC/Long Beach State sports legend and longtime 6th District councilman. So were the school’s athletic directors, Rob Shock and Crystal Irving (Shock is Andrews’ son-in-law) and prominent alums including Willie McGinest and Ron Allice.

“This is something that I never ever will forget,” said Andrews during his speech, after being celebrated by mayor Robert Garcia, councilman Al Austin (who championed the renaming), and others.

“We have named so many different monuments and parks in the city after great people, and few have had the accomplishments that Dee Andrews has in this city,” said Austin. “He’s more than an athlete. He’s a sports legend but he went on to do great things in civic life, as well as a community leader and a public elected official. And this piece right here is among his signature legacy work.”

Andrews was critical in transforming what was once known as the Hamilton Bowl (or the Dust Bowl for how little vegetation there was) into a well used sports complex that’s constantly occupied by track and field, football and soccer athletes. 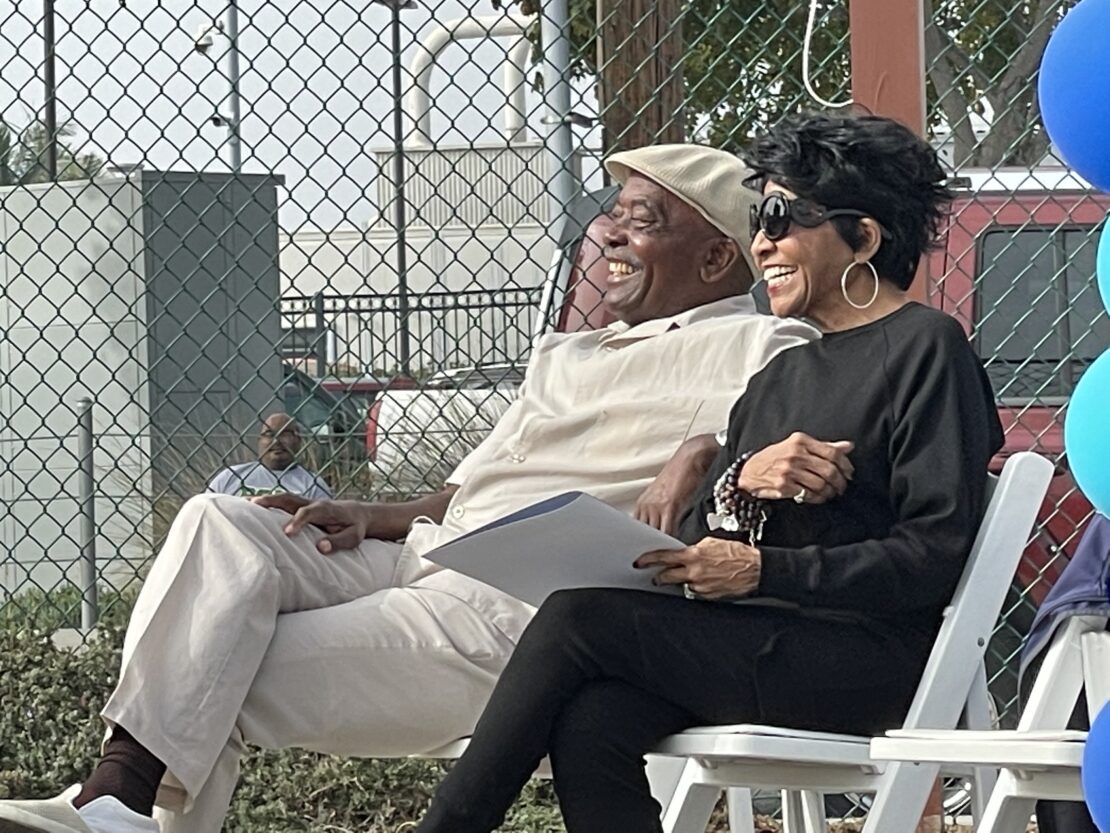 Since the grass was put in at what is now Chittick Park, along with the lights and all-weather track, it’s become a community hub in Central Long Beach, and is frequently used by athletes from all over the city.

“Dee went above and beyond to make that happen,” said McGinest. “Like he’s always done with everything in our community—he goes hard for people. This park being named after Dee is…I don’t know who else we could have named it after, out of respect for what he’s done. And he deserves so much more.”

Andrews was in rare form at his celebration, and his signature sense of humor was on display. He began his remarks by waving at the spectators sitting along Walnut Ave watching from the other side of the fence.

“You can come in guys, it’s free, we’re not charging anyone at my event,” he said.

Andrews also welcomed his family up during his remarks, and offered sincere comments about the central place of sports in Long Beach’s diverse social scene.

“When this was the Hamilton Bowl I called this the Ambassador Bowl, because every nationality comes here and participates,” he said. “This is what I loved about Long Beach, because that’s the kind of person I am.”