A neighborhood watch leader in West Long Beach says City Councilman Dee Andrews tried to dissuade him from complaining about an illegal bingo game that was violating the city’s COVID-19 restrictions and was being run by a charity whose tax-exempt status had been revoked.

Tony Bell, a former Long Beach city commissioner, told the Post that he and his neighbors witnessed as many as 40 people regularly gathering to play bingo at a private home, where the charity is based. Only a handful of players were wearing masks.

Bell said he contacted police several times, along with the office of his councilman, Roberto Uranga. But it was Andrews who, in late June, suddenly showed up unannounced on Bell’s porch to discuss complaints throughout the neighborhood about health risks and parking problems. One of the game’s operators was with him.

According to Bell, the councilman insisted that the bingo games were raising money for worthy causes and “helping a lot of people.” Handing Bell a scrap of paper with his cell phone number, Andrews, who also holds the title of vice mayor, promised to personally resolve any complaints about illegally parked cars so there was no need to involve police.

“We don’t want any problems. We just want this to go on with no kinds of problems … because they are doing a lot of good things,” Bell quoted Andrews as saying. Bell said the bingo operator, for his part, assured him the games were legal and that several local churches, as well as the vice mayor, had received money from them.

“Wow, I didn’t know what to say and I didn’t want to argue because this man’s at my door,” Bell said of Andrews. 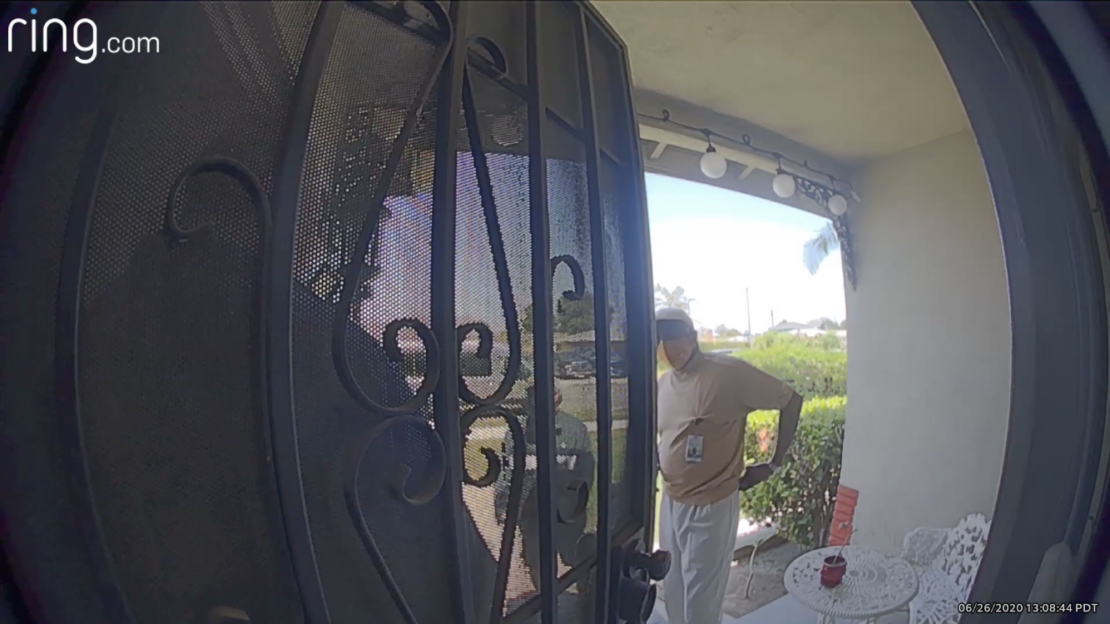 A screenshot of a Ring doorbell camera footage showing Councilman Dee Andrews and an unidentified bingo operator at the doorstep of a West Long Beach homeowner in late June 2020.

Bell said he was puzzled by what he considered the vice mayor’s inappropriate intervention for a bingo operator who was jeopardizing public health. While there was no “outright threat,” Bell said, the 6th District councilman did convey the impression that “I have the power.”

Bell said Andrews told him that Mayor Robert Garcia and Councilman Uranga knew about the outdoor bingo games and were supportive of them.

In mid-July, after intervention by Uranga’s office, the city’s code enforcement branch cited the home twice for violating coronavirus health orders, shutting down the bingo games.

In response to written questions from the Post, Andrews offered a starkly different account of the midday meeting on Bell’s doorstep, leaving in dispute exactly why the vice mayor, unsolicited, visited a resident outside his district.

In a statement, Andrews said the game’s operator, whom he knew “from the community,” reached out because he was having issues with code enforcement. Upon arriving at the house, the councilman said, he called the city manager and director of health and human services to determine the legality of such outdoor gatherings. He said he was told they were violating the city’s COVID-19 rules.

Andrews said he visited Bell because he wanted to assure the concerned homeowner that action would be taken. In Bell’s presence, Andrews said, he warned the bingo operator that “should he not stop, he would be cited and fined.” Andrews said he encouraged Bell to continue reaching out to his city contacts and to his councilman, Uranga.

Despite several attempts by the Post, the vice mayor did not respond specifically to questions about whether he, his campaign or any associated entities received money from the charity—Big Help—or from any of its officers. The Post provided the names of its president, Maria Anaya, and other officers.

A review of campaign statements shows no reported contributions from the charity to Andrews or his election committees.

A Post reporter also visited Anaya’s home, where the bingo games were being held, to discuss the health order citations and Big Help, including whether the organization or any of its officers had made contributions to any Long Beach political figures or associated committees.

When the reporter asked a man at the Delta Avenue home whether Anaya was available for comment, he stated: “I need you to step off my property.” The Post later sent questions to Anaya in a certified letter but did not receive a response from her. 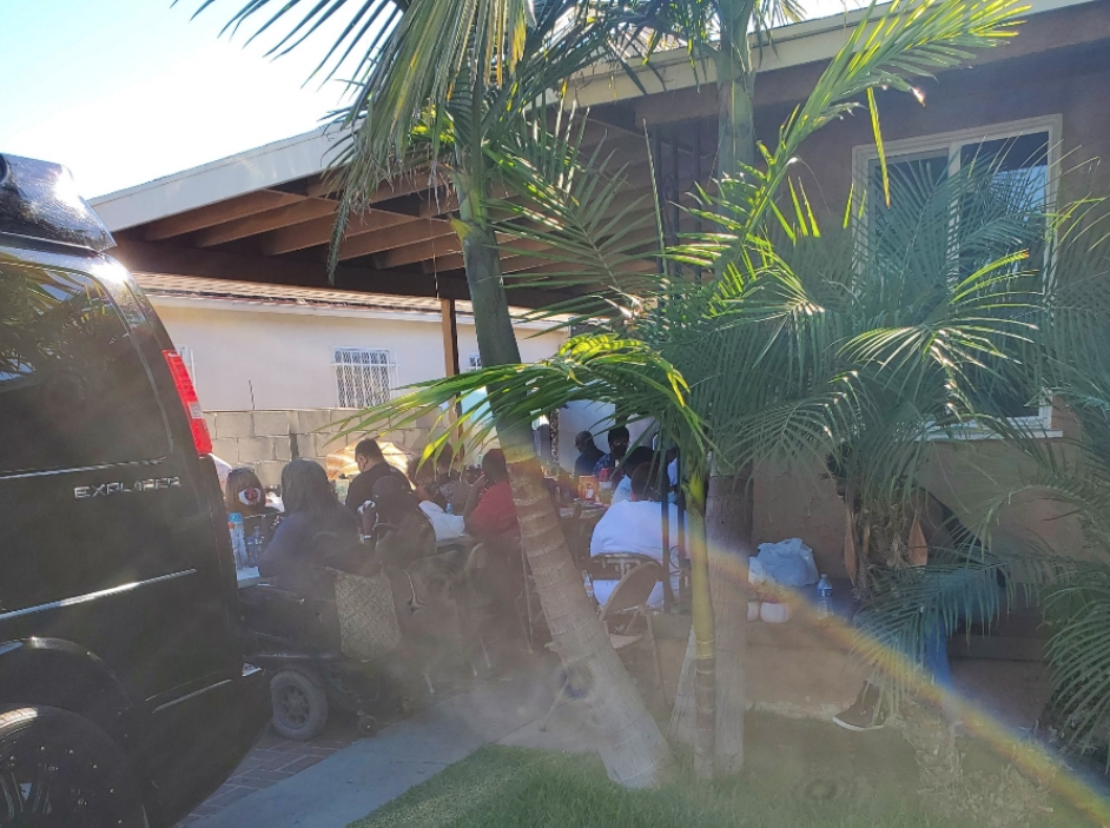 A screenshot of a PDF file from the city’s code enforcement bureau documenting a gathering at a West Long Beach home in violation of Long Beach’s Safer at Home Order on July 11, 2020.

Contrary to the vice mayor’s alleged statements to Bell, Councilman Uranga’s office said it had no prior knowledge of the bingo games and would not support any activities prohibited under the city’s health orders. When neighborhood residents raised concerns about COVID-19 violations, the office notified the health department, and enforcement teams were dispatched to the home.

“We take health orders and the Stay at Home Order very seriously,” Uranga of the 7th District said in a statement. “And I am pleased that in the past few weeks, this location is no longer violating the health order.”

Chief of Staff Celina Luna confirmed that a neighborhood resident, whom she did not name, told her office about Andrews’ visit. Uranga discussed the incident with his council colleague, Luna said, but she declined to provide details of the conversation.

Like Uranga, the mayor’s office said through a spokesman that it also had no knowledge of the games and that Garcia “has never spoken to Vice Mayor Andrews about bingo.”

City Manager Tom Modica, when asked whether Andrews had called for advice, confirmed that the two discussed the health order but could not remember when the conversation occurred. Health director Kelly Colopy said she could not recall being contacted by Andrews “but that doesn’t mean it didn’t happen.” She said she’s had numerous conversations about the order with elected officials, staff and others.

As for Bell, he dismisses the vice mayor’s account of the encounter as “a complete fabrication. We never talked about [the health orders] at all, other than me saying we aren’t supposed to be having gatherings.”

A spokesman for the city’s Development Services Department, Rick de la Torre, said bingo games cannot be held in private homes at any time. Even in lawful locations, he explained, an organization must be a valid non-profit and have both a business license and bingo permit, which require background checks by the Long Beach Police Department and sign-offs by other city agencies.

City records show that Big Help’s business license has been delinquent since October 2019 for non-payment of fees, thus barring the group from lawfully staging bingo games under any circumstances, in a home or not.

According to the Internal Revenue Service, Big Help was granted federal tax-exemption in September 2015. But, according to the IRS website, that exemption was revoked in May 2018 because Big Help failed to file the required 990 financial forms for three consecutive years—the entire length of its exemption.

The IRS website notes, however, that because an organization appears on the revocation list “does not mean the organization is currently revoked, as they may have been reinstated.”

When non-profits like Big Help fail to file the required forms, which are publicly accessible,  it’s impossible for the public to determine how much money they’re raising and where it’s going.

The California Secretary of State’s office shows that Big Help is “active,” meaning that it has paid the required fee and submitted “a statement of information.” It also is up-to-date with the state’s Franchise Tax Board, which approves tax-exempt status in the state.

But that standing may be tenuous because Big Help has not complied with another key requirement for non-profits. It has never registered with the charitable trusts registry of the state attorney general’s office, according to the agency’s press office.

That failure, according to the attorney general’s office, could lead to a revocation of tax-exemption by the Franchise Tax Board, should it learn of the lapse.

Tony Bell, for his part, says all these issues surrounding Big Help infuriate him all the more because of the health risks the games brought to his neighborhood—and what he continues to insist was Andrews’ support for them.

Bell noted that he served until 2017 as a mayoral-appointed member of the Citizens’ Advisory Commission on Disabilities. So he said he’s no stranger to the maneuverings and power politics of City Hall. But this affair, he said, remains bewildering.

The thought he had as Andrews stood on his porch, Bell said, is the same one he’s having today. “Why in the world does the vice mayor care this much about a group of people doing bingo?”