Firefighters from all over the state converged in Long Beach this week for three days of comprehensive training on how to play with fire.

Generally, firefighters fight fires, as the title might suggest. But on Thursday, rather than treat fire like their age-old nemesis, they reveled in the many spectacular incarnations of the feared element.

When mothers or fathers punish their kids for playing with matches, this is the sort of thing they’re trying to forestall—the specter of their children growing up and escalating their fascination with flames until they turn the world into a crimson hellscape of heat and smoke.

The demonstration, held in the convention center’s elephant lot, ran the gamut of fire’s greatest hits, from sad little safe ‘n’ sane fountains and sizzling fuses—things you can try at home—to gigantic balls of flame and a stunt man being set on fire—things you shouldn’t try anywhere under any circumstances unless you’ve passed this course allowing you to become a Motion Picture Fire Safety Officer, as accredited by Cal Fire. 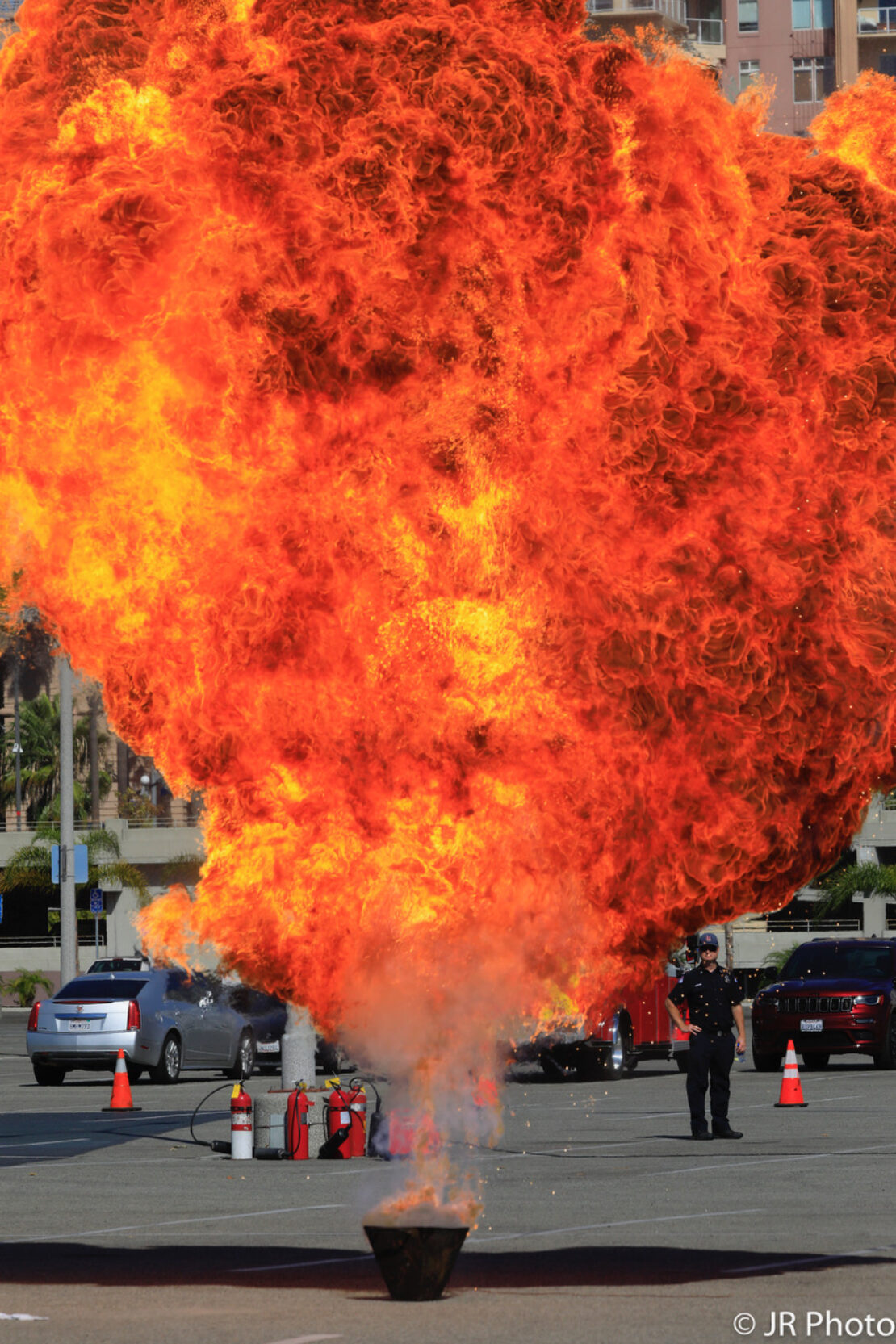 A giant ball of flames was ignited in a segment of the demonstration on controlled explosions. Photo courtesy of John Robinson Photography.

Whenever a film company is shooting on location, a Fire Safety Officer needs to be on site, said Long Beach Fire Department spokesman Brian Fisk, who is also a Special Events Officer for Long Beach who works on the numerous film shoots in the city.

The Thursday demonstration, said Fisk, provided information about what sorts of chemicals provide the correct sorts of effects in filming, from the color of smoke they provide to the extent of the fireballs produced and how best to control them and ensure they’re being used in a safe manner. 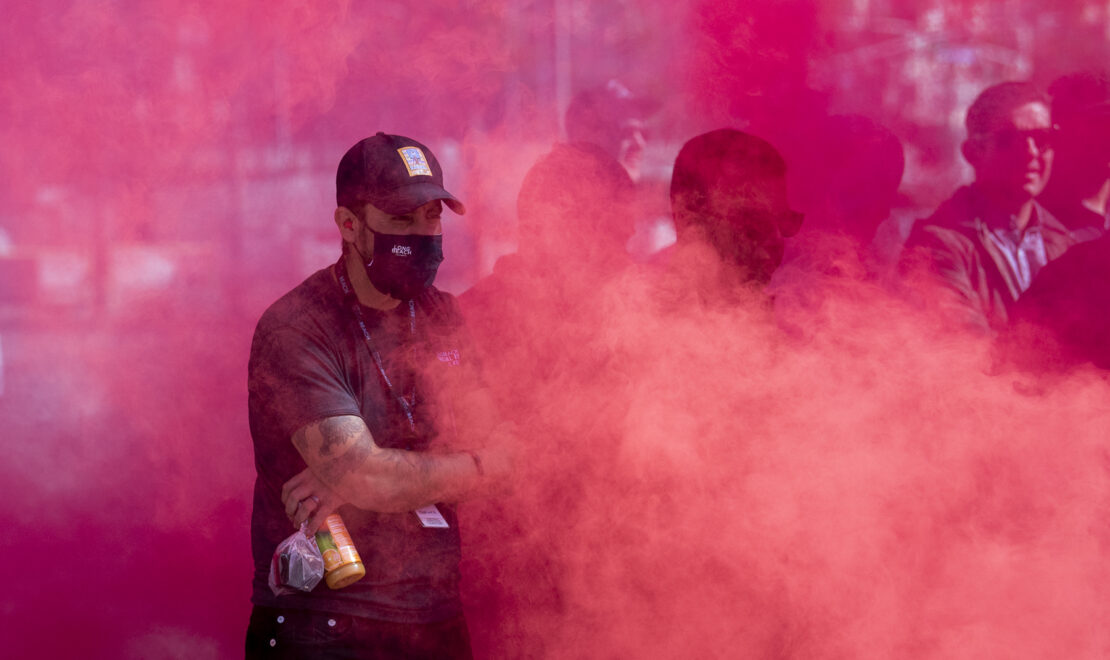 Various colors of smoke were produced for use in movies or concerts, in Long Beach on Oct. 21, 2021. Photo by Thomas R. Cordova. 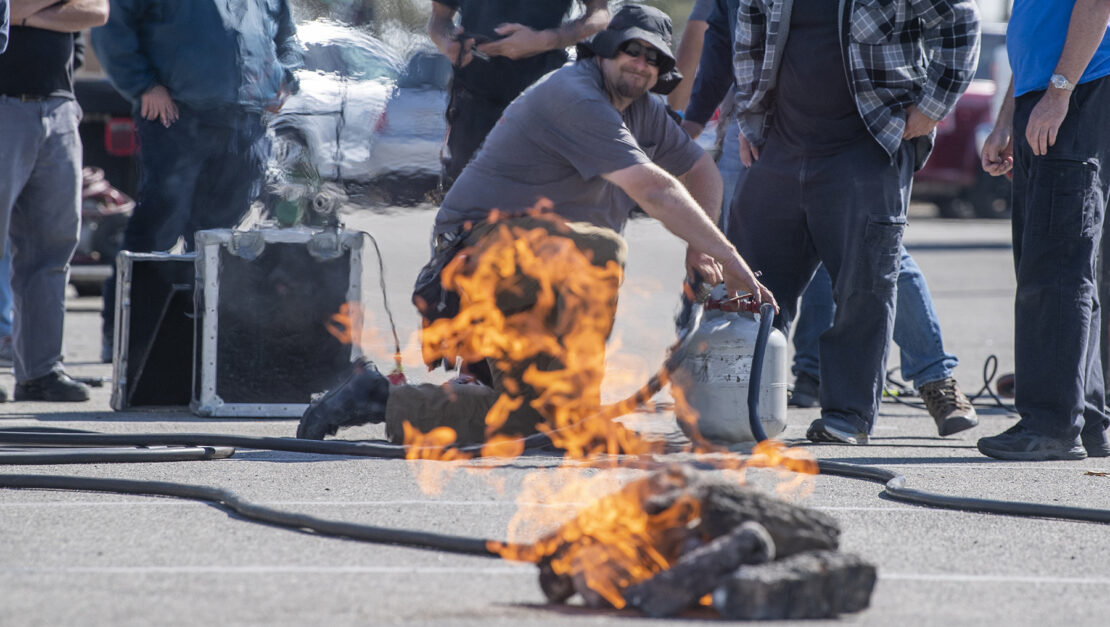 Even the simple art of staging a fake, propane-fueled campfire was demonstrated, in Long Beach, Oct. 21, 2021. Photo by Thomas R. Cordova.