Sheila Grantham had taken a year and a half off of teaching due to receiving chemotherapy treatments when she was assigned to a new position with an elementary school in the Imperial Courts, a public housing project in South Los Angeles.

When she first arrived at her new job, she was convinced that she had the wrong address, and began sending emails and making calls, she said.

After receiving no response, Grantham eventually found the school.

Nonetheless, Grantham stuck with it.

“I just love kids, and I just think they deserve the best,” said Grantham. “I’ve had a preschool program, and when you would call the service, it would say ‘We treat your kids as kings and queens,’ and that’s just my philosophy.”

Those words have stuck with Grantham to this day, and as soon as she arrived home, she knew she wanted to start a program.

“I want to help these kids, I want to get them out, so they can see beyond the walls of where they live,” Grantham said.

With the drive to enhance her students’ lives, Adventures to Dreams Enrichment began with monthly trips to museums around Los Angeles.

In 2016, Grantham decided she wanted to offer her students even more, and reached out to Long Beach Organic, where she was able to secure two 10-by-10 plots.

By 2019, as enrollment began to grow, sharing a garden space with 20 other gardeners was no longer working for students, and Grantham knew she needed to find a new location.

She started going through the City Hall directory, until she could reach anybody who was able to help.

“Finally somebody heard me,” said Grantham, who was ultimately connected to the Long Beach Parks, Recreation and Marine department.

In 2020, she signed a five-year lease for 10,000 square feet of land in Drake-Chavez-Greenbelt Park, where the organization has remained.

Every other Saturday, students grow tomatoes, squash, basil, rosemary, watermelon, beets, carrots, and kale, and even sunflowers, said Grantham, all while learning about where food comes from and developing a better connection and understanding of sustainability.

Initially funded solely through Grantham’s savings, since 2020, the nonprofit has grown tremendously due to receiving a number of substantial grants including $225,000 from Chick-fil-A. In addition, with the help of Toyota, Adventures to Dreams is able to offer two free STEM programs per year, with this year’s programs held in May and November. 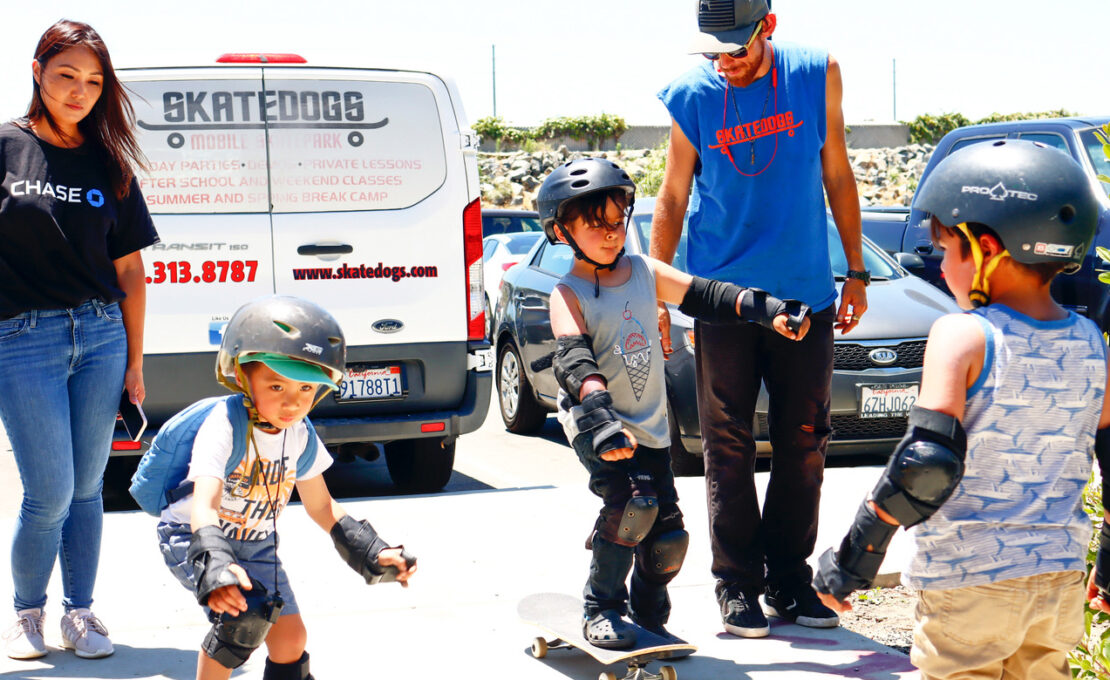 “For years, believe me when I say years, I prayed for God to bless me beyond my wildest dreams as far as this organization, and this whole Adventures to Dreams project that I’m doing, I’m able to see it flourish,” sad Grantham.

Over the summer, Grantham also welcomes children to summer camps—in 2020, students were coming all the way from Riverside, she said, due to the scarcity of available kids’ programming during the pandemic.

Due to the garden’s outdoor space and size, the nonprofit was able to stay open continuously, hosting cooking camps over the past couple of years.

This year, Grantham decided to try something different, instead offering morning and afternoon art camps throughout July, both of which sold out.

“When I see there’s a need for the community, and the kids that live in the community to have something beyond what they see and hear every day, I’m gonna push it to the limit,” Grantham said.

Despite the organization’s ability to grow over the years, it has often been difficult securing enough grants and gaining enough recognition from the city, said Grantham.

“I just wish that more people, more foundations in Long Beach recognized what we do,” said Grantham. “These kids are taking this food home, for them, they can’t believe corn is growing out of a garden bag, they can’t believe that, the lettuce that we make sandwiches with here is coming from the garden … they’re learning things here.”

Looking forward, Grantham hopes that Adventures to Dreams will continue to expand, particularly its biweekly Saturday sessions. She also hopes to expand the garden, from 35 plots currently to 50, while continuing to improve the community’s access to healthy food.

“Growing up as a kid . . .  my mom was a single mom, but she did whatever she needed to do to help me to succeed in life, and I had grandparents that were always hovering around me to make sure that I got the love and attention I needed,” said Grantham. “I can’t be their grandparents, but I can be that person that they will always remember in their lives that tried to expose them to many gifts, and gardening is a gift, art is a gift, learning about science is a gift.”

“Our philosophy is called ‘busy hands equal busy minds.’ And I believe as long as kids stay busy, they’ll succeed,” she said.

Contribute to Adventures to Dreams Enrichment, or to get involved as a volunteer, email [email protected].