“We’re turning in everything right now,” Tim Lineberger of the Recall DA George Gascón campaign told City News Service just after 3 p.m. Wednesday, as the petitions were being submitted to the county Registrar-Recorder/County Clerk’s Office on the deadline day they were due.

The county now has 30 days to verify if enough valid signatures were collected. At least 566,857 valid petition signatures are required to force a recall election.

Gascón has been under fire since taking office in December when he issued a series of directives critics have blasted as being soft on crime. The directives include a rule against seeking the death penalty, a ban on transferring juvenile defendants to adult court and prohibitions on filing sentencing enhancements in most cases.

Gascón has repeatedly defended his policies, saying his stances were well-known during his campaign and his election signified public support of his agenda.

A poll in May showed just over 45% of Long Beach voters support removing Gascón with a recall vote. 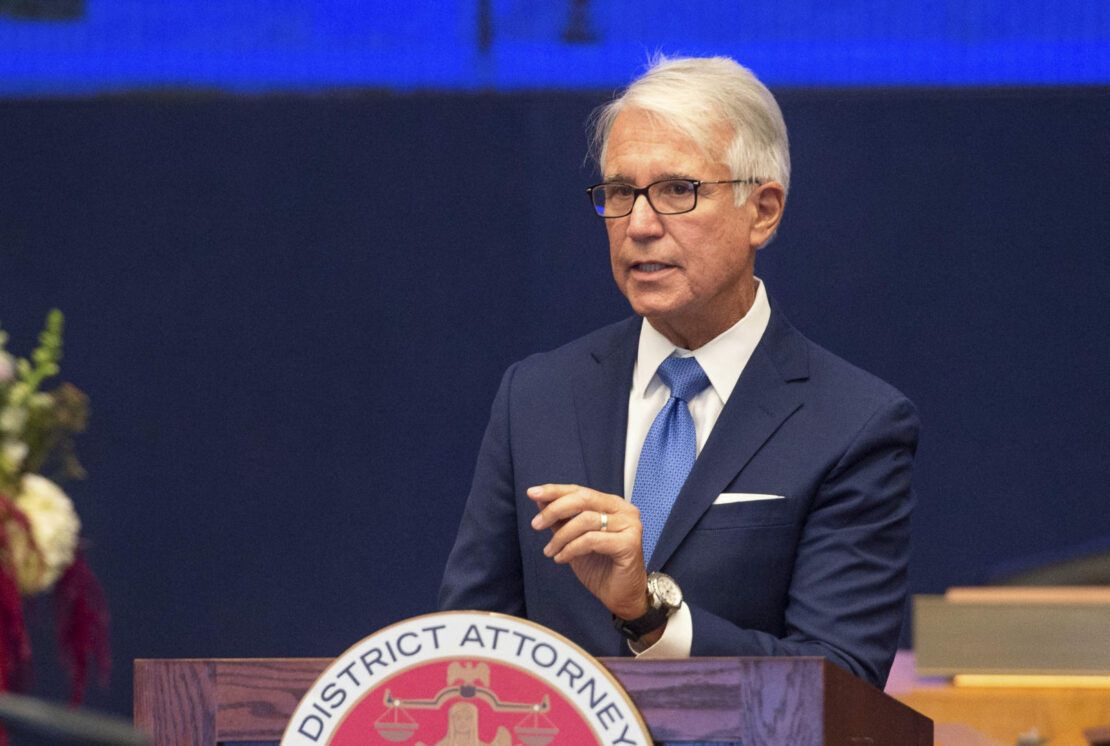 In a statement Tuesday, recall organizers said residents “have spoken in a resounding way,” noting the number of people who have signed petitions and pointing to 37 cities in the county that have taken “no-confidence” votes in Gascón.

“The sheer magnitude of this effort, and time and investment required to get to this point, show how strong the public desire is to remove George Gascón from office,” according to the campaign. “From day one, this recall has been led by the very victims who Gascón has abandoned, ignored and dismissed.  When the recall qualifies, he will not be able to ignore them any longer.”

Gascón, when asked about the recall during a Tuesday news conference, declined to comment. He defended his record in various interviews Wednesday, telling ABC7 his office has filed charges in felony cases at the same rate as his predecessor, deflecting allegations that he is soft on crime.

“The recall rules are fairly lax in the state of California, it requires a very low threshold,” he told the station. “You don’t have to show criminal intent. You don’t have to show malfeasance. It’s very easy. We don’t like you, boom. We want to start a recall. But, be as it may, I understand the process and we’re ready. If they get the signatures, we feel very strongly that we will succeed. If they don’t get the signatures, I’m sure there will be another recall attempt.”

Gascón has softened on some of his hard-line directives in recent months, and a state appeals court panel recently sided with a lawsuit filed by his own prosecutors trying to block orders against filing sentencing enhancements or prior-strike allegations.

The recall drive gained some late fuel following questions about prosecutors’ handling of a criminal case against a man who last month fatally shot two El Monte police officers. Critics said gunman Justin William Flores had a history of arrests but was given a plea deal last year that allowed him to avoid any jail time for possession of a weapon, ammunition and methamphetamine.

Gascón had a news conference to defend the handling of the case, saying the plea deal was appropriate under the circumstances.