About 100 motorists gathered at Cal State Long Beach’s Walter Pyramid Monday morning before heading to Downtown Los Angeles as part of a funeral-style auto procession in memory of George Floyd, the man a white Minneapolis police officer is accused of murdering in late May.

But before community members drove away from CSULB, advocates used the opportunity to shed light on another death—this one in Long Beach.

The fatal shooting of Fred Taft at Pan American Park on July 21, 2018 was front and center. His daughter and niece shared the struggle in finding his killer. Taft was in the park bathroom when he was gunned down by an unknown man on a Saturday afternoon where his family gathered to celebrate his 58th birthday.

Officials have released a sketch of the suspected killer, canvassed the neighborhood and offered a $30,000 reward for tips, but police have previously said they’ve had trouble finding witnesses. 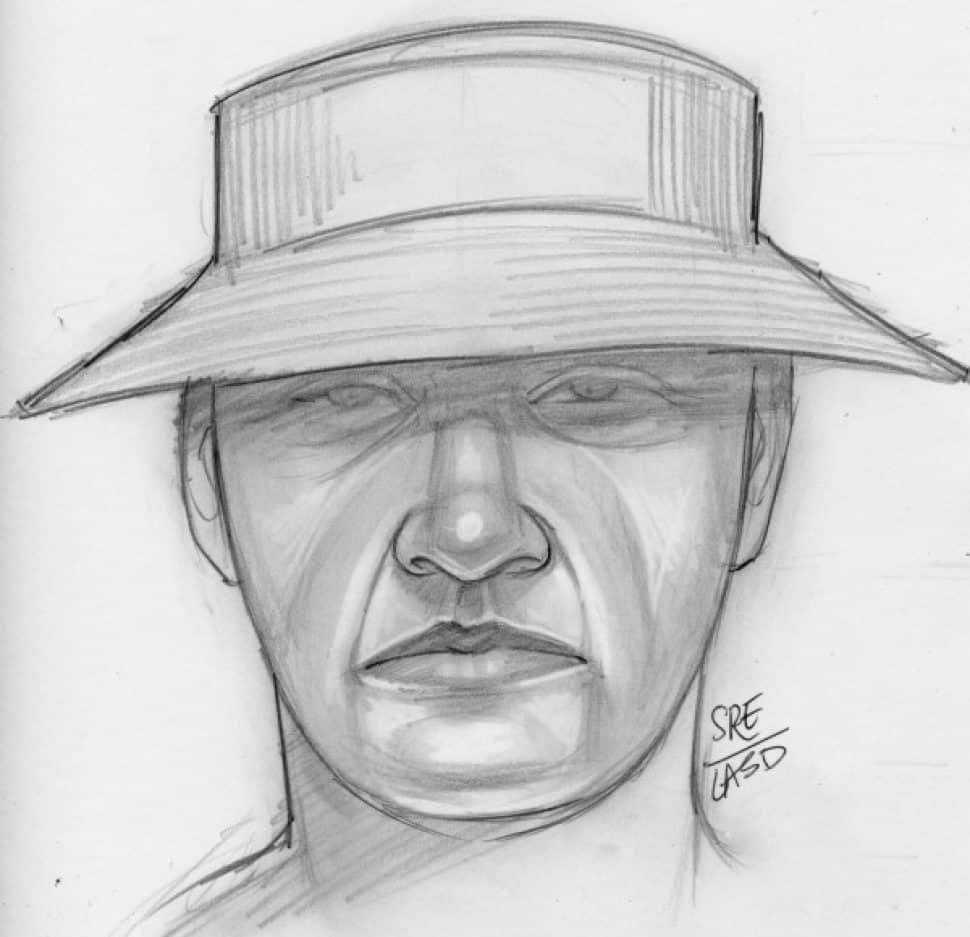 A composite sketch of the gunman who killed 57-year-old Fred Taft in a Pan American Park bathroom on July 21, 2018. Photo courtesy LBPD.

“It’s very frustrating because it’s going on two years so it makes me think, is this going to be a cold case?” Corie Taft said. “Are you guys going to find the killer? Why is the killer still on the street? Are you guys waiting for him to strike again? What’s taking so long?”

In the weeks after Fred Taft’s death, family and friends initiated their own neighborhood canvassing efforts in hopes of finding any leads.

The family maintains Fred Taft’s death was a hate crime, but police said they haven’t found evidence of that, despite claims by Corie Taft and others of finding racial epithets near the shooting. 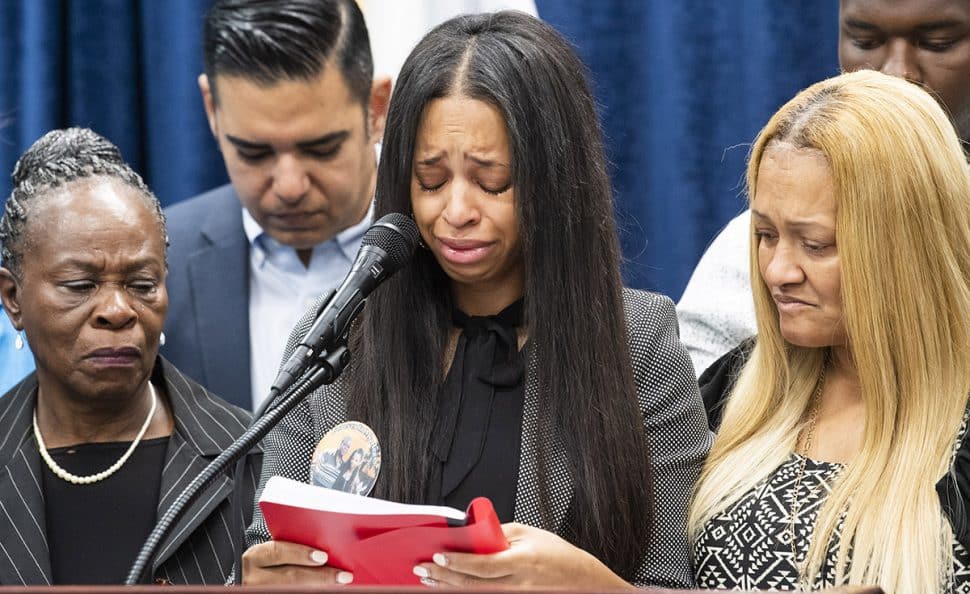 Corie Taft, daughter of Fred Taft, reads her statement as the Long Beach Police Department held a news conference to request the public’s help and announce the anticipation of a reward being issued in his killing at Pan American Park in Long Beach, Sept. 4, 2018. Photo by Thomas R. Cordova.

Dawn Modkins, the leader of the Long Beach chapter of Black Lives Matter, said the day the group went out to canvas the community they learned police had done their own door-knocking the day before. She accused officers of focusing only on the homes facing the park.

Corie Taft and others are still perplexed that no video footage has surfaced for a killing that happened at a park in broad daylight surrounded by schools.

Modkins called Monday’s demonstration a disruption of white supremacy with demands to defund police while reinvesting in ethnic studies, counseling and the arts.

“We want to defund the police and reinvest in a community oversight of police accountability, Modkins said. “A body that will be equipped and resourced with seeing through prosecution of killer cops. We know here in Long Beach we have a sham of a Citizen Police Complaint Commission.”

Modkins was referencing the Citizen Police Complaint Commission, which in 2019, the Post reported has very little power in its current model.

The processions from Long Beach, South Los Angeles, the San Fernando Valley and Orange County coincided with a final public viewing for Floyd at a Houston church. His funeral will be Tuesday, followed by burial next to his mother.

California demonstrations have been largely peaceful for days, after initially being marred by violence and looting.