For more than a year, 71-year-old Cynthia Taylor has been living at a Days Inn in Downtown Long Beach. It’s not a fancy place by any stretch. But for Taylor, the modest motel on Pacific Coast Highway has offered a life-changing refuge from the streets, where she was mired in a deepening cycle of mental illness and homelessness.

Taylor came to the Days Inn as part of a federally funded program called Project Roomkey, created during the pandemic in 2020 to provide temporary motel and hotel rooms for homeless individuals considered among the most vulnerable to COVID-19. Like Taylor, many of the participants have been elderly with physical disabilities and mental health challenges.

“It felt good to have my own space,” says Taylor, who struggles to walk because of swelling in her legs. “It felt like I could relax, because when you’re homeless, you can never relax.”

But now, the statewide program’s funding is gone and so is Taylor’s sense of well-being.

She and some 40 other residents of the Days Inn—the last Project Roomkey participants in Long Beach—are in a state of high anxiety about their futures. They’ve been told they must move by 10 a.m. Friday but city officials are still scrambling to find them permanent or temporary housing in the city’s dormitory-style shelter in North Long Beach.

Homeless advocates say it never should have come to this. They argue that Long Beach officials acted too slowly in confronting the potentially damaging fallout from the end of Project Roomkey.

Eve Garrow, a senior policy analyst and advocate for the ACLU of Southern California, says the city should have had a transitional housing plan in place, especially for those who have lived at the Days Inn for more than two years. Such uncertainty, she says, can be “terrifying and traumatic.”

Garrow says she’s aware of the same planning lapses in Los Angeles and Orange County as the program came to an end throughout the state.

“It’s unconscionable,” Garrow says. “Municipalities like Long Beach know that this is a temporary program and that people in Project Roomkey, who by definition are some of the most vulnerable unhoused community members, are going to need a transition plan. And the fact that they have not developed a plan that is going to keep people safe and healthy and living in their own space is completely unacceptable.”

The plight of the Days Inn residents comes at a time when Long Beach officials are already grappling with homeless issues across multiple fronts. According to the city’s most recent count, released in July, homelessness has risen in Long Beach by 62% since the last count in 2020, with 3,296 people in shelters, on the streets or in their cars.

Paul Duncan, who oversees Long Beach’s Homeless Services Bureau, says staffers are working hard to place the Days Inn residents in government-subsidized apartments, which are in short supply, and in other hotels or transitional housing. As a last resort, he says, residents would be offered spots in the city’s congregate shelter, Atlantic Bridge Farms Housing Community, where more beds could be added.

“We’re making sure that nobody is without a place to go,” he says. “We’re trying to meet people’s needs as best we can.”

Duncan says the city never knew how long the program would be funded by the Federal Emergency Management Agency, making it difficult to fashion exit strategies for residents. He says FEMA funds were provided month-to-month, with no clear ending date.

“Sometimes we didn’t know until the 30th if we were getting funding for the next month,” he says.

Duncan says that when federal funding finally ended in June, the city on its own extended the program at the Days Inn through September with other grant money.

“The program was always supposed to be temporary and I don’t think anyone anticipated that we were going to be able to go two-plus years, so we were happy to be able to provide those resources,” he says of the city’s three-month extension of the program. 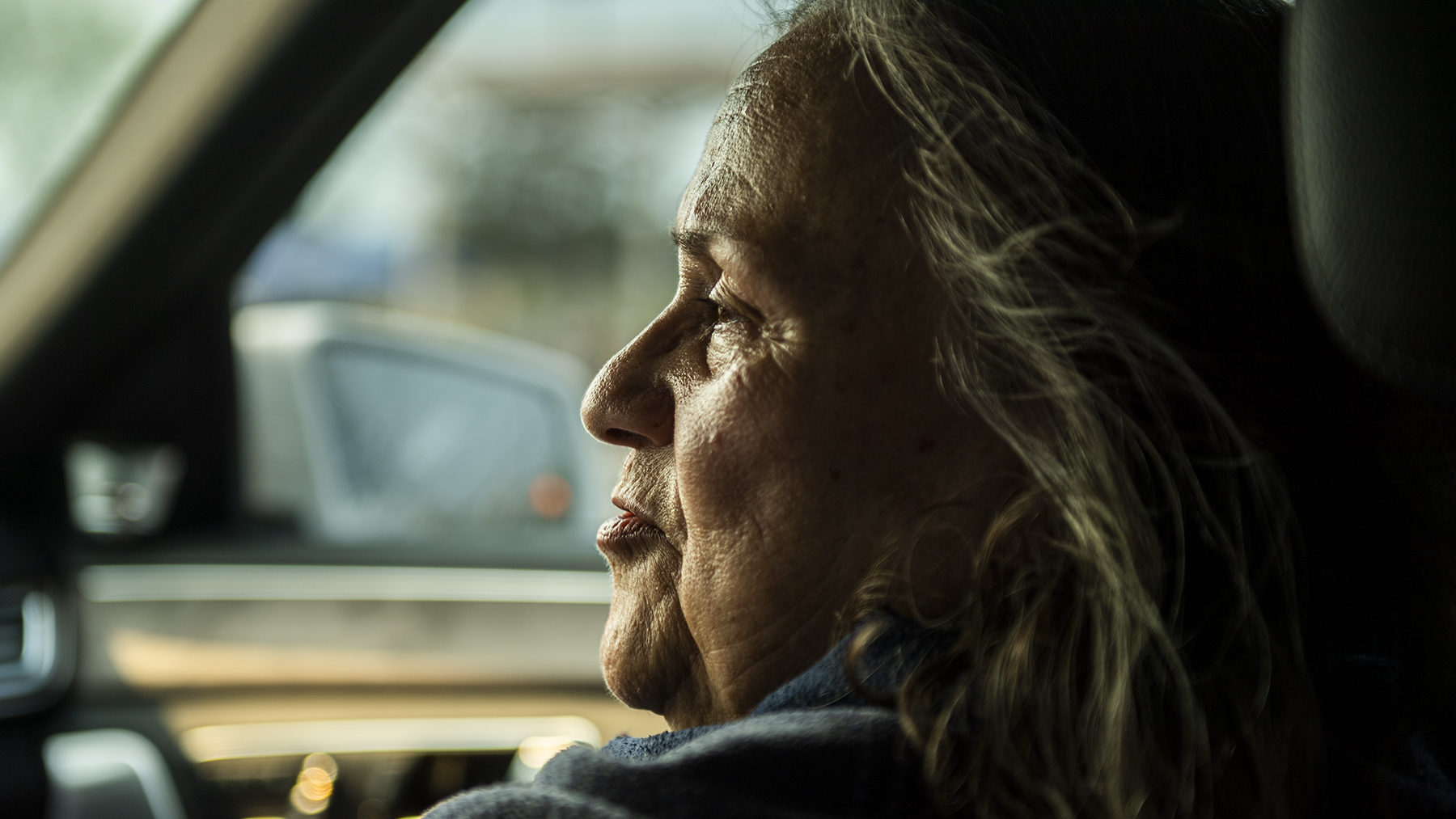 To help find housing or shelter for the Days Inn residents, the city has contracted with an Orange County-based nonprofit called Illumination Foundation.

The organization’s co-CEO, Jack Toan, says his staff is moving as quickly as possible but concedes they’ve never confronted such a tight deadline. If Long Beach’s shelter becomes full, Toan says, people might be offered beds in shelters run by Illumination in Orange County.

“Our team is working very hard and I know it’s been difficult for everyone in the field right now,” he says. “What we don’t want to do is put anyone who is vulnerable out on the streets.”

‘This whole thing has been a nightmare’

Cynthia Taylor bounced between different apartments in Long Beach over the years until the rents rose so high that she began sleeping in her car and, eventually, on the sidewalks in Belmont Shore, where she was a familiar presence.

The pain and swelling in her legs from cellulitis became unbearable and she was forced to use a walker to get around. As her condition deteriorated during the pandemic, concerned residents called Christine Barry, a local advocate with a reputation for helping some of the most difficult cases of homelessness.

Barry, who runs her own nonprofit called Ashlee’s Homeless Fund, knew she had to act fast when she saw the elderly Taylor sitting with a cart containing her life’s belongings at the corner of Bay Shore Avenue and Second Street.

“Her condition was really bad,”  Barry recalls. “It wasn’t safe. She couldn’t fend for herself. If she had stayed out there she would have died.”

Through her city connections, the 71-year-old activist was able to secure Taylor a room at the Days Inn as part of Project Roomkey, which was created as shelters reduced their capacity to curb the spread of COVID-19. Now, Barry has been trying to rescue Taylor again, along with another resident, Dennis, who she managed to place at the motel a couple of months ago.

Dennis is 75 years old and 90% blind. He had been living on the streets near the Trader Joe’s in the Los Altos shopping center for more than two years when a panicked resident called Barry after the disabled homeless man was almost hit by a car.

Dennis, who says he has no living family members, had been staying with a friend in his 90s but was asked to leave because of his hoarding behaviors. Dennis says that as his eyesight deteriorated, he kept close to familiar places.

“I just went slow and had people helping me, making sure I knew when the lights turned green,” he says.

Barry says case workers told her that Dennis would be placed in an assisted living facility. But last weekend, she says, he informed her that the facility was located too far away, in Lancaster. 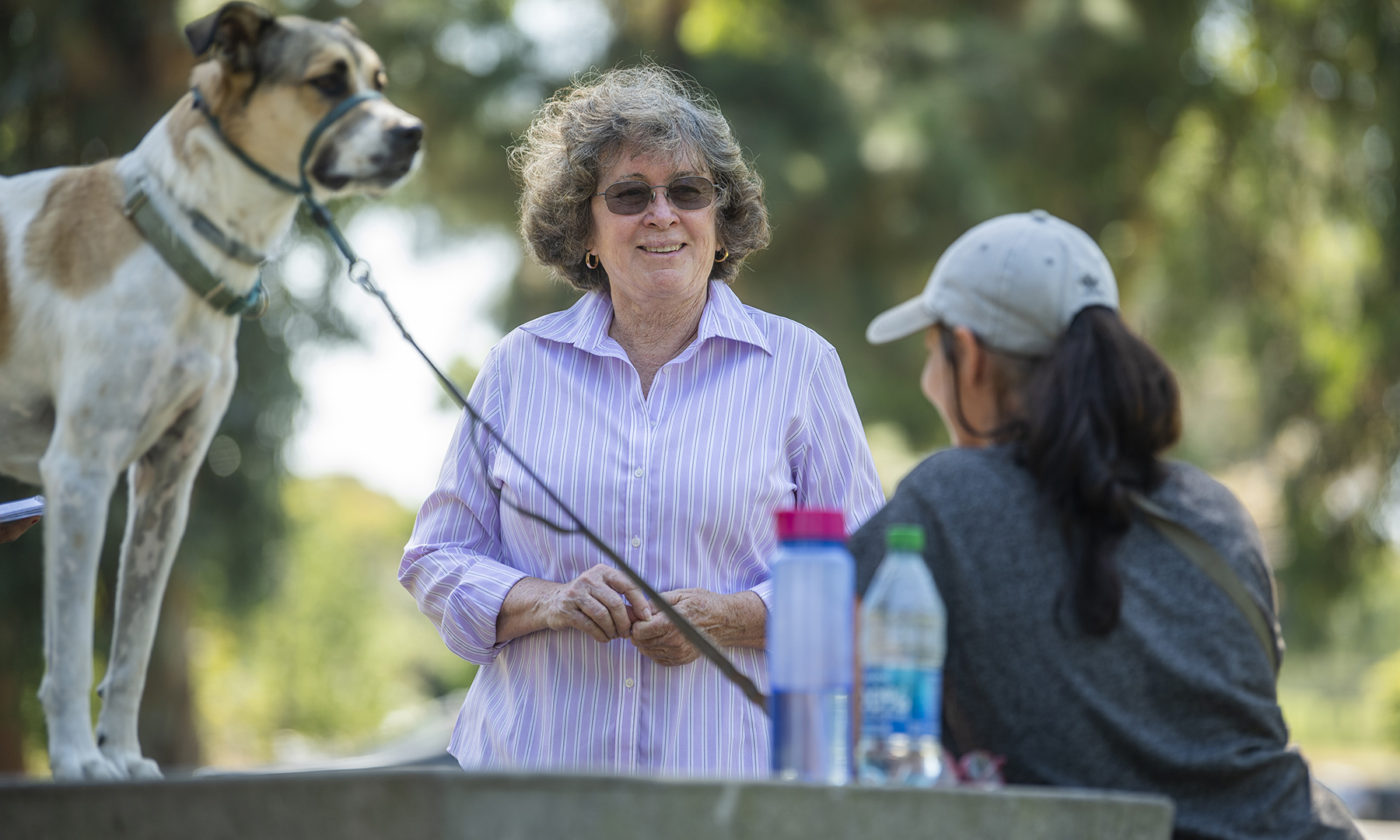 Late Wednesday, Barry told the Post that she finally scored a breakthrough in her months-long advocacy for Dennis. She says the city’s contractor, Illumination, has located a board-and-care facility in the Westlake area of Los Angeles that is willing to accept Dennis, even though his Social Security status is still up in the air.

A solution may be close for Taylor, too. Barry says the city has agreed that a group shelter would not fit her needs and is committed to finding her another hotel room.

“This whole thing has been a nightmare,” Barry says. “It’s unbelievably frustrating. There’s just no sense of urgency in helping these people.”

City officials, while acknowledging the emotional strain on the Days Inn residents, say the program overall has been successful in at least one of its key goals—to protect vulnerable homeless individuals from contracting COVID-19.

Duncan of the city’s homeless bureau says 324 people participated in Project Roomkey’s three Long Beach sites and none died from the virus, although about a dozen individuals succumbed to other health issues and drug overdoses.

He says roughly 20% of participants ended up in some kind of permanent housing but did not specify whether those individuals found their own places or were placed by the city in housing that included vital services.

Duncan says that 20% of the participants received emergency shelter, while about 10% were placed in transitional housing. Nine percent, he says, returned to the streets. The city has no information, Duncan says, on the whereabouts of 22% of the participants because such records were not being kept early in the program.

Overall, Gov. Gavin Newson has estimated that more than 22,000 people statewide were served by the program, roughly one fifth of California’s homeless population.

In Long Beach, Duncan also says residents received mental health support and other services during their hotel stays, although some residents who spoke to the Post said they received few, if any, such services while in the program.

Duncan acknowledged that, during the early months of the pandemic, the city faced challenges in providing housing, mental health and other services because staffing was stretched thin and there was a focus on providing support while minimizing contact.

One Roomkey resident, who asked not to be named, said she’s had a housing voucher for months but can’t find a landlord willing to accept one. “These vouchers are like toilet paper,” she says. “No one will take them. They do nothing.”

The activist and the cop on a shared mission

Barry, for her part, says she plans to push forward to fill the gaps left by the city’s homeless bureaucracy.

At the time, Barry was struggling with the death of her 33-year-old son Michael, who was a liver transplant patient, while Armond was still coping with the loss of his 20-year-old daughter, Ashlee, who died in an accident in 2014.

The two bonded as they spanned the city helping homeless people to help ease their shared grief. “I was his pitbull,” she says with a chuckle.

Through her agency, she helps people with rent and deposits on apartments and will personally vouch for potential tenants with landlords.

In February, Barry was handing out supplies in Bixby Park when she was punched in the face by a man she’d been trying to help. Other homeless people in the park rushed to her aid. She suffered a swollen jaw, a black eye and severe bruising, but was at the park the next day helping more people.

On a recent weekday this month, Barry was back at the Days Inn looking for another resident, Issac, who she had helped place there.

Isaac, who has autism, panicked and fled when he was told he would have to leave the motel, Barry says. She believes he’s likely back on the streets.

“Have you seen Isaac?” she asks two Illumination staffers at the motel.  “Nothing? Well, keep your eyes out. I’ve got all sorts of people out near Second Street looking for him.”