An estimated crowd of 300 people gathered in Downtown Long Beach Saturday afternoon calling on the government to release children from ICE detention centers and for reforms in law enforcement. Miles away in Belmont Shore, dozens of people prepared their vehicles for a caravan protest through the city.

The two demonstrations converged at one point hours later in Downtown on Ocean Boulevard.

The peaceful gatherings follow three weeks of local protests over the death of George Floyd. A Minneapolis police officer has been charged with murder after he was shown with his knee on Floyd’s neck for several minutes.

The first demonstration, dubbed a “unity march” by organizers, near Ocean Boulevard and Magnolia Avenue included Aztec dancers and dozens of people holding signs calling on the government to “free the children.”

Many organizations came together to conduct Saturday’s protest. Members of the groups announced that they were involved in protests that took place in Boyle Heights on Friday. A protester, identified as 25-year-old Jo-jo, spoke about his experiences in an ICE detention center when he were 4 years old.

“We gather, protesting for change for children being separated from their parents,” Jo-jo said. “We will be your voice.”

The gathering also follows this week’s significant ruling by the Supreme Court, which rejected President Donald Trump’s appeal to dismantle the Deferred Action for Childhood Arrivals, or DACA, program. The program has allowed about 700,000 immigrants who were brought to the U.S. as children to stay.

Protesters are calling for the freedom of the children, in reference to the controversial ICE immigration detention centers. pic.twitter.com/H0nKQzRFvQ 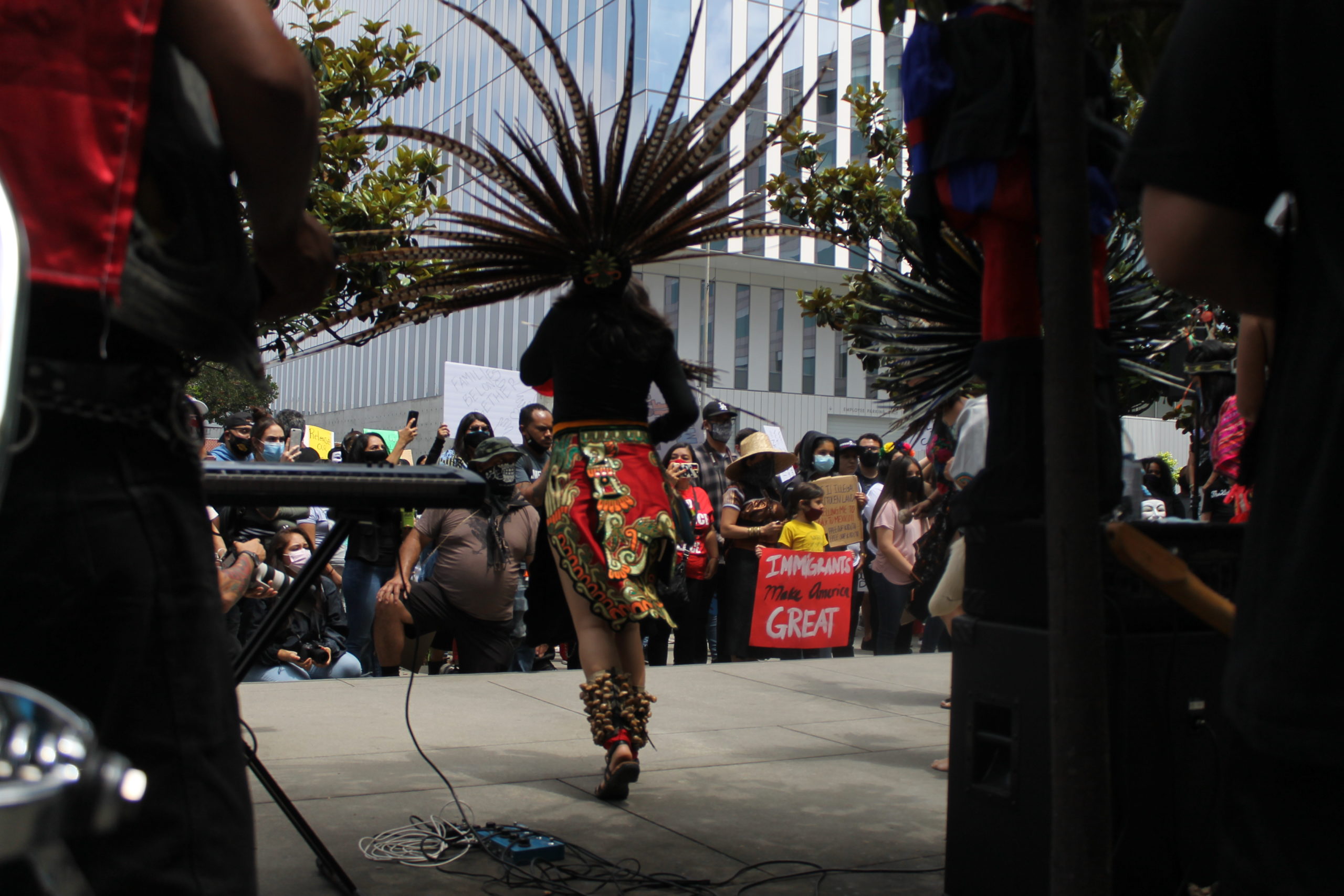 The car caravan, organized by Caravan 4 Justice, led about 100 cars on different routes throughout the city. Protesters prepared for the protest by making and taping signs onto their cars. Organizers also had voter registration available. Organizer Tia Turner said her organization is trying to create a model in Long Beach to turn the enthusiasm for the protests into change.

“We can’t just scream and shout forever,” Turner said. “So we’re trying to educate people and open up eyes to find those people to strategically make that change. Now that we actually have momentum and our voices are being heard, we need to keep that momentum going.” 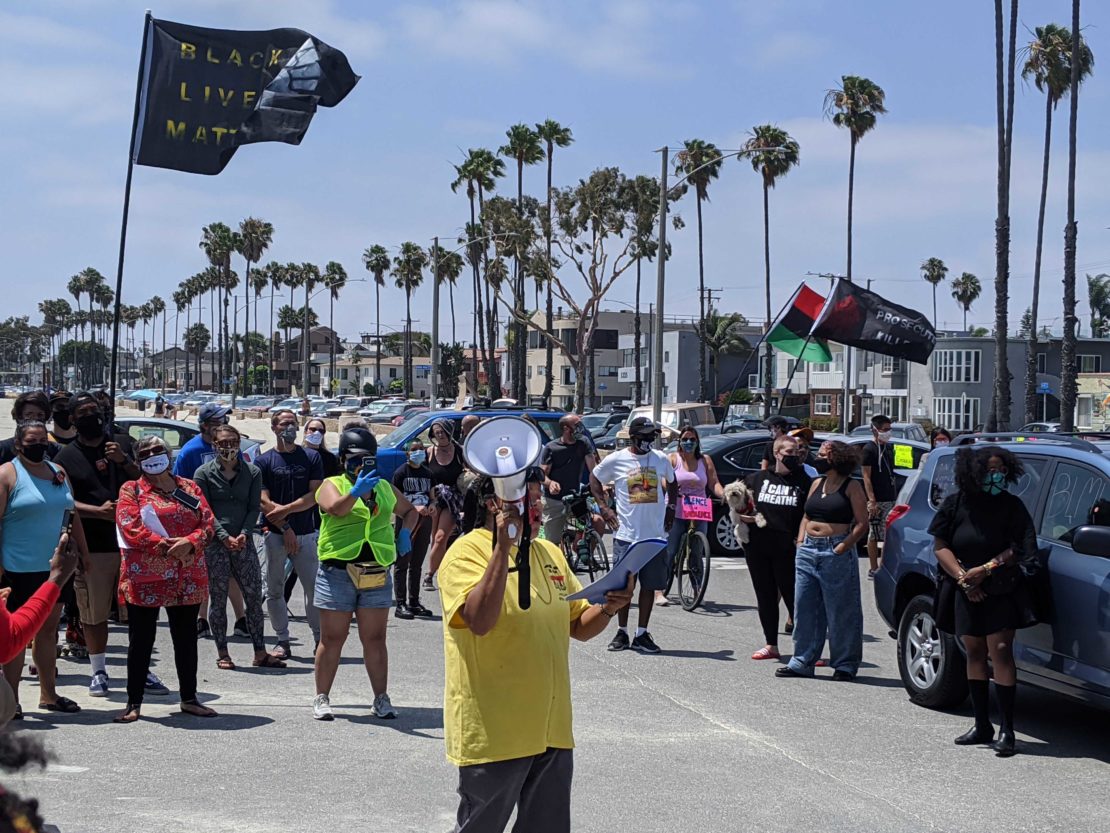 Caravan 4 Justice organizer Tia Turner speaks to the protesters before they head out to caravan throughout the city for a Black Lives Matter protest on June 20, 2020. Photo by Valerie Osier.

Turner noted that the COVID-19 pandemic had a lot to do with spurring on the widespread protests.

Protester Sheryl Adams also noted a difference in the protests this year. Her brother, Todd Grayson, was killed by Carson Sheriff’s deputies in 1990 at the age of 26. Since then, Adams said she “re-lives” her brother’s death every time she learns of a police officer killing someone. She’s seen the police shootings in recent years and said, “I relive it every time.”

But this is the first time she’s seen so many people get behind the Black Lives Matter movement.

“It’s really refreshing to see so many people from so many races—I see more white people out here than Black people and that’s hurtful, if you want to be honest,” Adams said. “But I’m just so happy to have the support—whoever wants to give it, whoever wants to see a change.”

The caravan protest ended at City Hall, where protesters planned to have more speakers talk and post their protest signs at the “Long Beach” sign.

Blake Scott is joining the caravan on bike: "When Black Lives Matter says we need to defund police and reallocate those resources, I already believe in that, so when they ask us to stand with them, I'm there." pic.twitter.com/gko93htpk4