With hours left to go in the event Saturday afternoon, local officials said they had collected nearly 200 guns during a buyback event at Ramona Park that was intended to prevent violence by taking weapons off the street.

“We know that when there are more guns in our communities, there are more firearm deaths,” said California Attorney General Rob Bonta, who attended the event. “We don’t need to have guns.”

“The level of gun violence we see here are only in this country, nowhere else in the world,” he said. “We lead on so many things, we should be, but this is one where we’re not and we must do better. It’s a full state of crisis.” 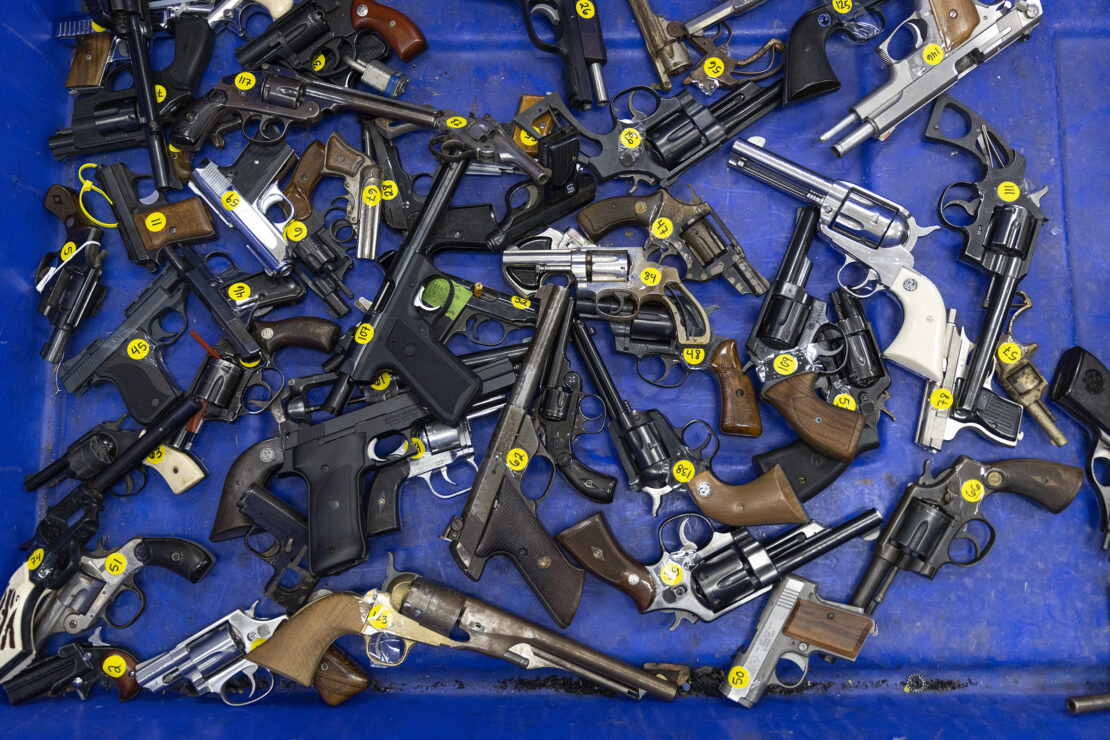 Some of the weapons turned in during a gun buyback event at Ramona Park in North Long Beach Saturday, Sept. 10, 2022. Photo by Brandon Richardson.

In California, the number of homicides rose by more than 150 last year, and of the 2,361 killings, guns were used in 1,734, or 73.4%, said Los Angeles County Supervisor Janice Hahn at the buyback. The data marks a 33% increase in firearm-related homicides over the past 10 years, she added.

“What data shows is that homicides didn’t correlate with criminal justice reform efforts—the narrative that we hear so much,” Hahn said. “They correlate much more directly with the number of guns in the community. A vast majority of our homicides and aggravated assaults involve guns.”

Although homicides remained flat in Long Beach last year, the city has struggled with its own gun-violence problem recently, with a surge in shootings across 2020 and 2021. That spike may have abated somewhat, with shootings actually decreasing through the first six months of this year, but authorities are still focused on taking guns off the street. 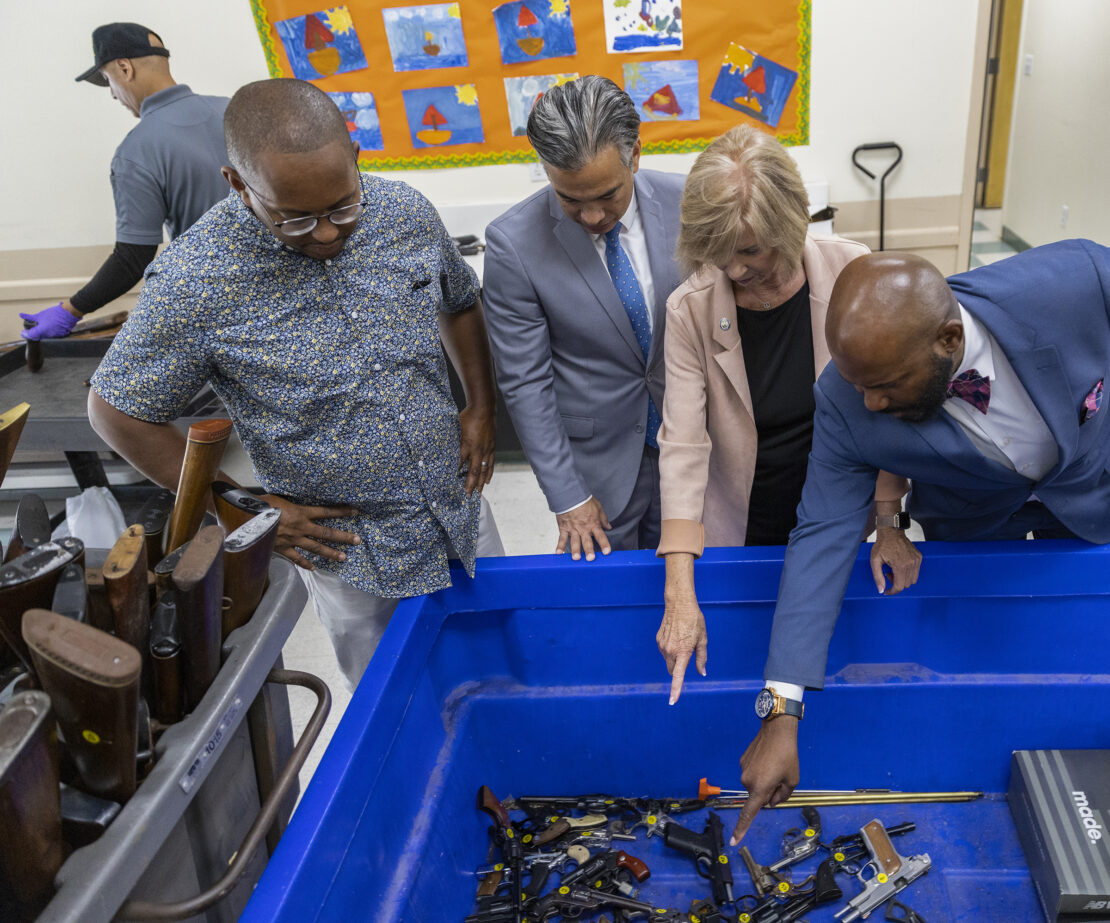 “Every day our police officers are taking guns off the street and it’s usually involved in a crime where someone’s lost their life,” LBPD Deputy Chief Donald Mauk said. “This is an opportunity for us to take the guns off the street before a crime occurs. And that doesn’t happen very often.”

The buyback event, which ran until 4 p.m., is completely anonymous, no questions asked, Mauk said. Once a gun is turned in, officers ensure it is safely unloaded. They then catalog each weapon and arrange for them to be destroyed, Mauk said.

Officials offered gift cards to anyone who turned in a gun: $50 for inoperable firearms; $100 for handguns, rifles or shotguns; and $200 for assault rifles. 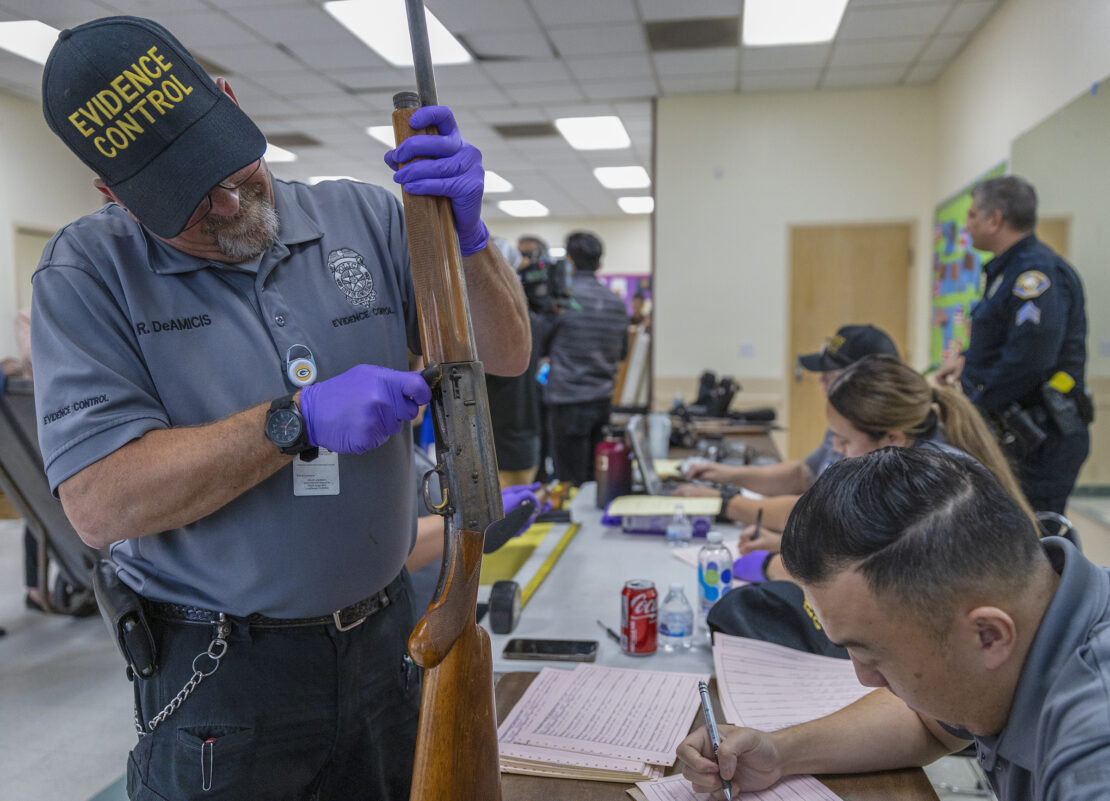 Two other people were shot in the incident, one of whom died, Gipson said.

Councilman and mayoral candidate Rex Richardson praised local law enforcement for their work in removing illegal guns from the community. He noted that several months ago, another buyback event at Veterans Stadium saw 280 guns turned over.

“Two years ago when the pandemic started, we saw lines outside of Turner Outdoorsman and other places—people were strapping up, they didn’t know what to expect,” Richardson said. “Here we are two years later taking those things off the street.”