'I feel like we were robbed of him.' Mother mourns son killed riding bike 2 blocks from home • Long Beach Post News
- ADVERTISEMENT -

The last time Dolores Herrera, 53, spoke to her son, she was feeling sick and he was taking care of her like he always did. She was used to her oldest son, Gabriel Raymond Falcon, constantly putting his family before himself, she said.

“I heard him say that he was going to the store to get a juice or something to make me feel better,” said Herrera.

“I was dozing off because of my medication but I remember saying, ‘Be careful, mijo,’” she said.

She heard him hop on his bike and ride away and when she woke up the next morning, Herrera received a call informing her that her son had died. 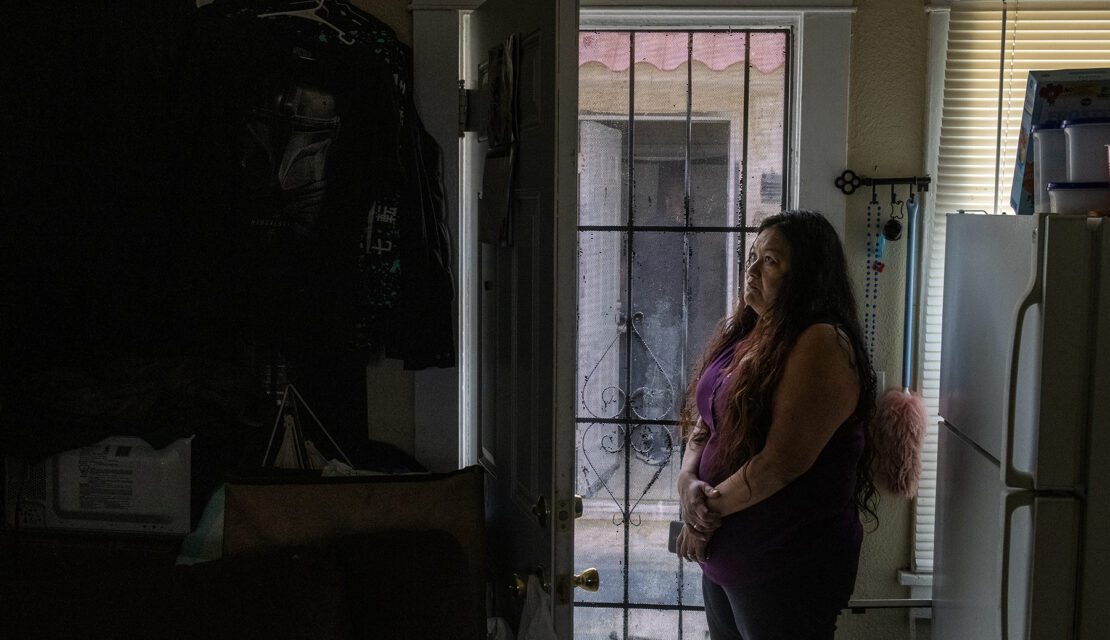 Dolores Herrera, 53, stands in the doorway of her apartment that she shared with her son Gabriel Raymond Falcon, 32. Photo by Thomas R. Cordova.

Just after midnight on May 21, Falcon was killed while riding his bicycle on Anaheim Street near Coronado Avenue in Long Beach—just two blocks from his mother’s home.

Police said that Falcon was riding the wrong way, traveling east in Anaheim’s westbound lanes around 12:15 a.m. just before the crash with the driver of a 2009 Toyota Corolla. When Long Beach fire personnel arrived, they found Falcon unconscious and suffering from critical injuries, he was pronounced dead a short time later. He was 32. 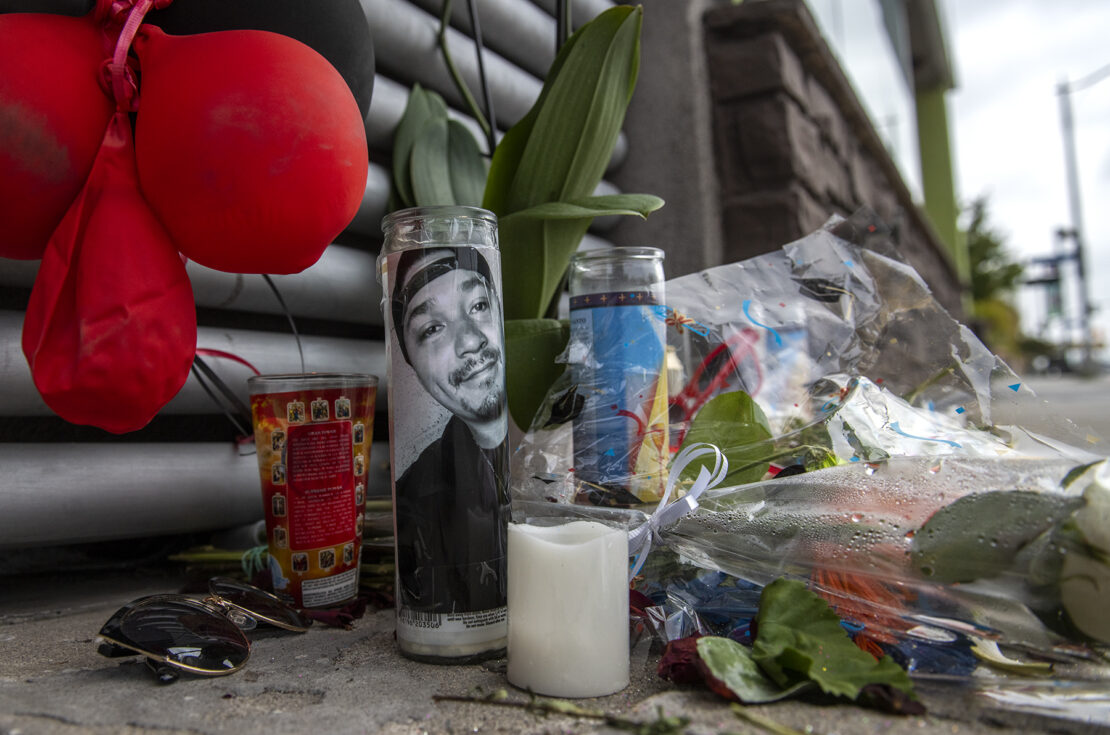 According to police, speed, distracted driving or impairment are not believed to be factors in the crash. The driver was identified only as a man from Glendale who police say stayed at the scene and cooperated with the investigation.

“I feel like we were robbed of him,” said Herrera.

The people who knew Falcon will remember him by his smile. He was known to most by his last name, “Falcon,” and was the type to lend a hand to anyone that needed it, according to his mother and close friends.

Born in Whittier, Falcon grew up loving Star Wars, Batman and playing chess. He picked up the sport from one of his ROP teachers in sixth grade and, to this day, he’d spend his afternoons competing with his friends and neighbors. 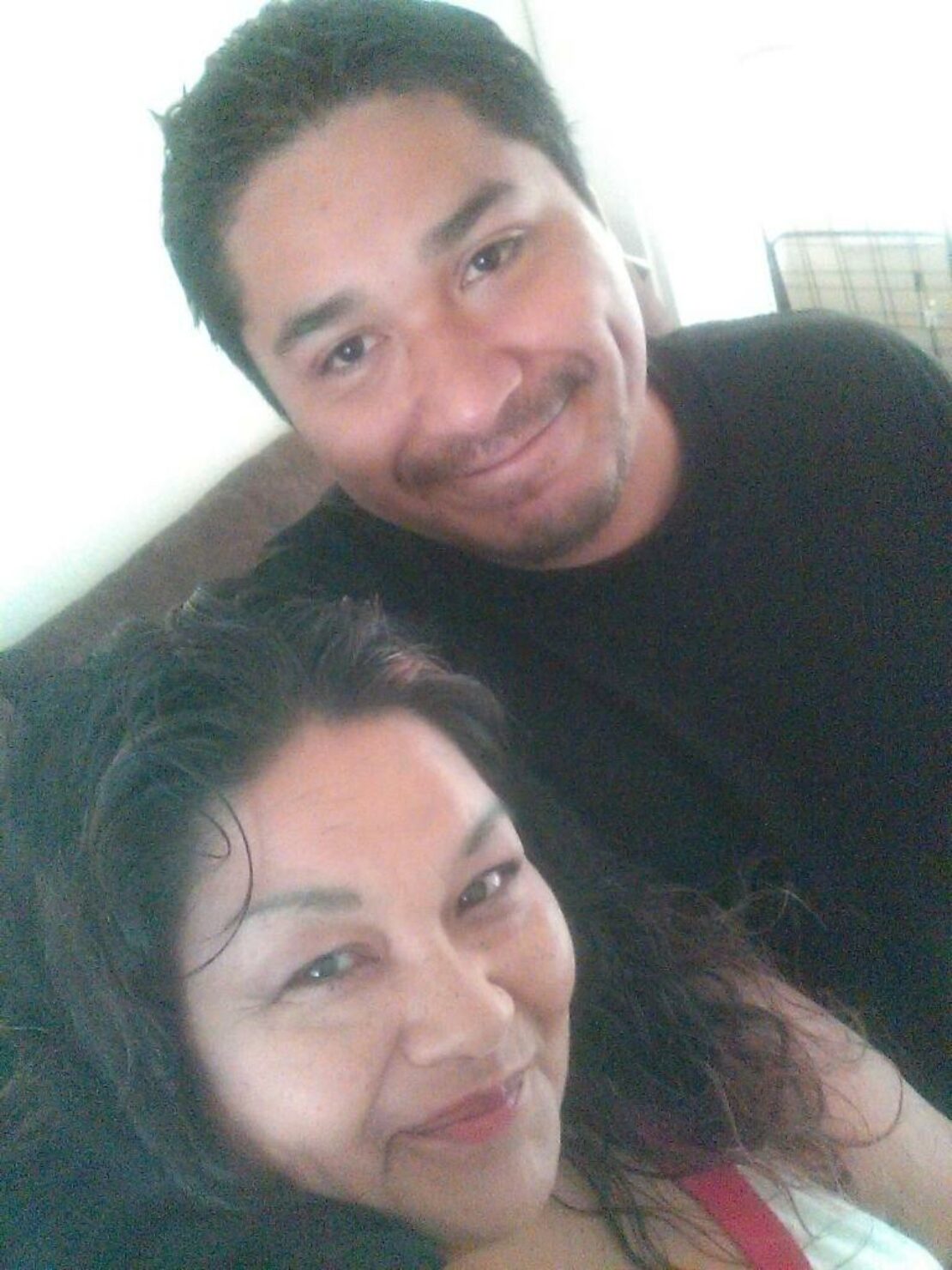 “He’d set up his little table and play with his friends outside of the Grace Hotel. He loved it,” said Herrera. The Grace Hotel is a small, extended-stay hotel that Falcon frequented, either picking up handyman work or meeting up with friends who lived there.

“When he smiled, it was like everything was going to be okay,” said Wanda Howe, 59, who knew Falcon for just under a year but says he changed her life for the better. “He got me to smile when nobody else could. … I will never meet someone like him again.” 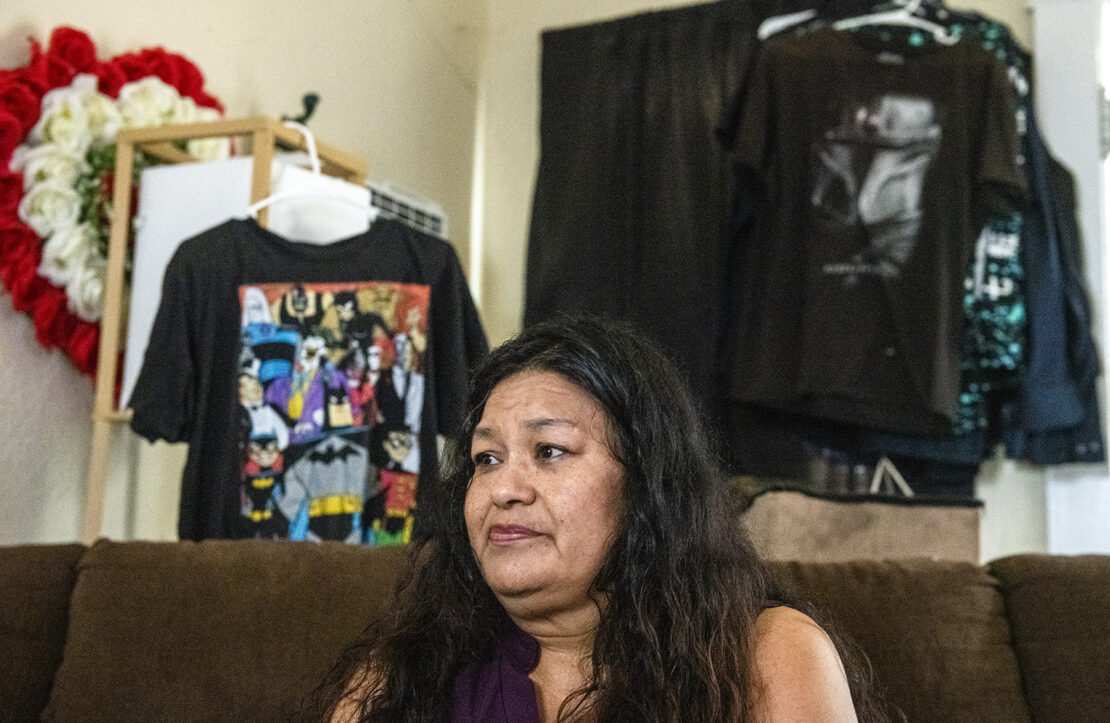 Dolores Herrera, 53, sits in her house with t-shirts of Star Wars and super heroes, which her son Gabriel Raymond Falcon, 32, was a fan of. Photo by Thomas R. Cordova.

“Falcon was a great guy. He would give you the shirt off his back even if it hurt him,” said Brandon Holley, 35.

A GoFundMe page his family has set up to cover his funeral expenses has raised $3,466 out of their $10,000 goal as of Tuesday.