The owner of a Belmont Shore gym that hosted an outdoor yoga class was given a warning Monday for violating health orders meant to slow the spread of COVID-19, a spokesman for the city of Long Beach said.

Such warnings have been rare, with only four or five handed out to businesses over the last month or so, according to Jake Heflin, spokesman for the city.

But the class at Iconix “was clearly a violation of the health order. And the city is taking appropriate action just like it would at any business,” Long Beach Mayor Robert Garcia said.

Despite gatherings of any kind (including outdoor exercise classes) being banned under Long Beach’s health orders, Iconix owner Kurt Schneiter disputed he violated the regulations.

“They have no proof of that,” he said.

He called the rooftop class at Iconix, formerly known as Olympix, an experiment intended to prove the gym could operate safely with proper social distancing and sanitizing protocols. According to Schneiter, video and photos from the event show nobody was put at risk.

“My industry of fitness is being stigmatized, and we want to show that this can be done right, that it can be safe,” he told the Long Beach Post on Saturday when his gym hosted the class, which was supported by former Long Beach Councilman Gary DeLong and Chamber of Commerce CEO Randy Gordon. 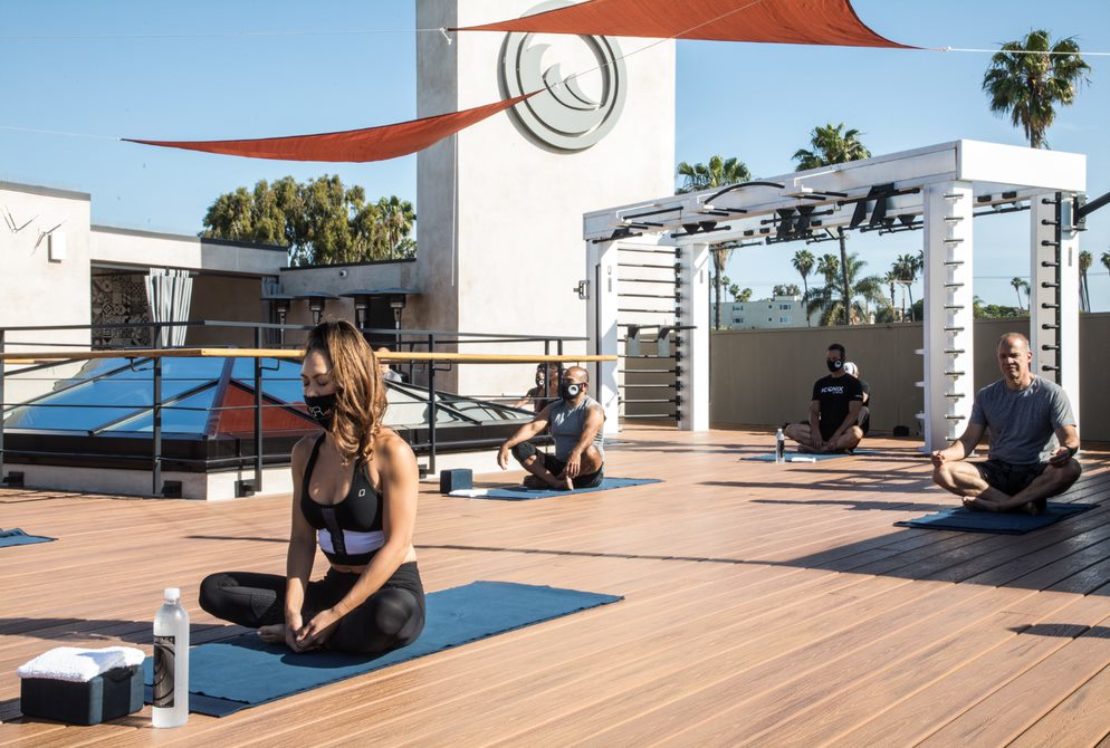 Long Beach’s health officer, Dr. Anissa Davis, said she couldn’t comment specifically about what, if any, danger there was in the class at Iconix because she wasn’t familiar with how it was run, but she said the point of the health orders was to limit as much interaction between people as possible—allowing only the most essential functions like shopping for food.

“The more people that are out and about, the more risk there is,” she said.

Shortly before he was issued the warning, Schneiter said in an interview Monday morning that if hosting the class was illegal, city officials should come arrest him.

Schneiter didn’t immediately respond to questions about whether he plans to host any more classes at the gym. For the time being, it remains closed, he said.

City officials said repeated violations of the health order can come with penalties including misdemeanor citations, fines, utility shutoffs, revocation of health permits, suspension of business licenses or even arrest.

Only one person and one business have been cited by police for violating the health order so far, according to police.

Police say they ticketed a smoke shop in North Long Beach last month when it stayed open after repeated warnings, and a man was cited and released in Bixby Park Saturday evening for lingering in a park and drinking alcohol.

The man had been “contacted and educated numerous times in the past several weeks by officers” about the ban on loitering in parks under the city’s stay-at-home orders, LBPD spokesman Ivan Garcia said.