This profile on Thulani Ngazimbi, the founder of The Rad Black Kids, is part of a series exploring the successes of immigrants in Long Beach. Immigrant Success is a collaborative podcast project between Long Beach Post and PalacioMagazine.com. Long Beach Post reporter Stephanie Rivera is the host and Antonio Ruiz is the producer.

Thulani Ngazimbi and his family lived a comfortable life in Zimbabwe, but seeing the country’s economy heading toward a downturn, his parents made the sacrifice to leave their home for what they hoped would be a better life in America.

“They both had really good jobs but I think the way the economy was going, if they stayed in the country we would probably just fall with the economy and wouldn’t have any chance for upward mobility,” Ngazimbi said during a sit-down interview in early February.

Over the span of a few years, starting in the early 2000s, the family eventually settled in Idaho where Ngazimbi’s mother was accepted to complete a master’s program at a local university.

Ngazimbi’s first day in America was the same day the country declared war on Iraq. He was 17.

He quickly took up sports like snowboarding to avoid being cooped up during the winter. It eventually led to longboarding which later served as inspiration for the company he would eventually launch in 2014: The Rad Black Kids, a sustainability-focused longboard and later streetwear company that aims to bring in faces like his to the world of action sports.

In college, Ngazimbi went from studying marketing in Idaho—a bachelor’s degree he finished in New York—to pursuing a masters in energy management, a field inspired by his grandmother’s respect for the environment.

With the popularity of The Rad Black Kids on the international level, Ngazimbi found himself traveling out of the country constantly. But with an African passport, obtaining travel visas and going through Customs made it difficult.

“If you’re an African immigrant there’s a presumption of you taking a lot of resources away from countries,” Ngazimbi said.

Despite even facing challenges during his citizenship process, Ngazimbi carried on. He gave that same message to others.

Note: Thulani Ngazimbi moved back with his family shortly after this interview was recorded due to the lack of affordable housing in California. He continues to run The Rad Black Kids from Connecticut. 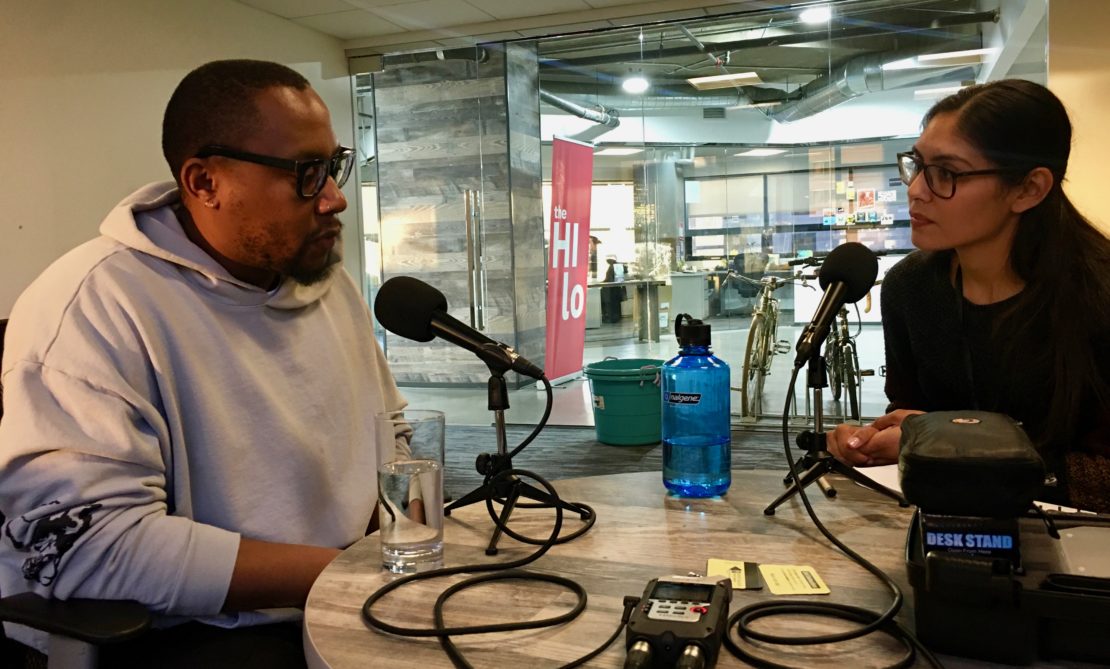 09:53 Thulani fishes his studies in New York and gets inspired by NYC

20:04 Thulani moves to California and launches The Rad Black Kids