More than two years after the death of 2-year-old William Meeks III, a judge declared a mistrial Wednesday in the case of Charles Edward Davis Jr., who had been charged with murder and assault in the boy’s death.

After the judge declared the mistrial, Cano said he asked if charges could be refiled, but the judge declined, saying it was unlikely any jury would convict Davis based on available evidence.

The evidence against Davis centered on a brief period when he was alone with Meeks on June 14, 2019.

The boy’s mother, Samyia-Lee Ervin, previously testified that she, Meeks and Davis arrived at Big John’s Liquor on Daisy Avenue near 10th Street in Long Beach’s Willmore neighborhood together. Ervin left Davis in the car with the child for 52 seconds while she checked her Lottery ticket in the store. 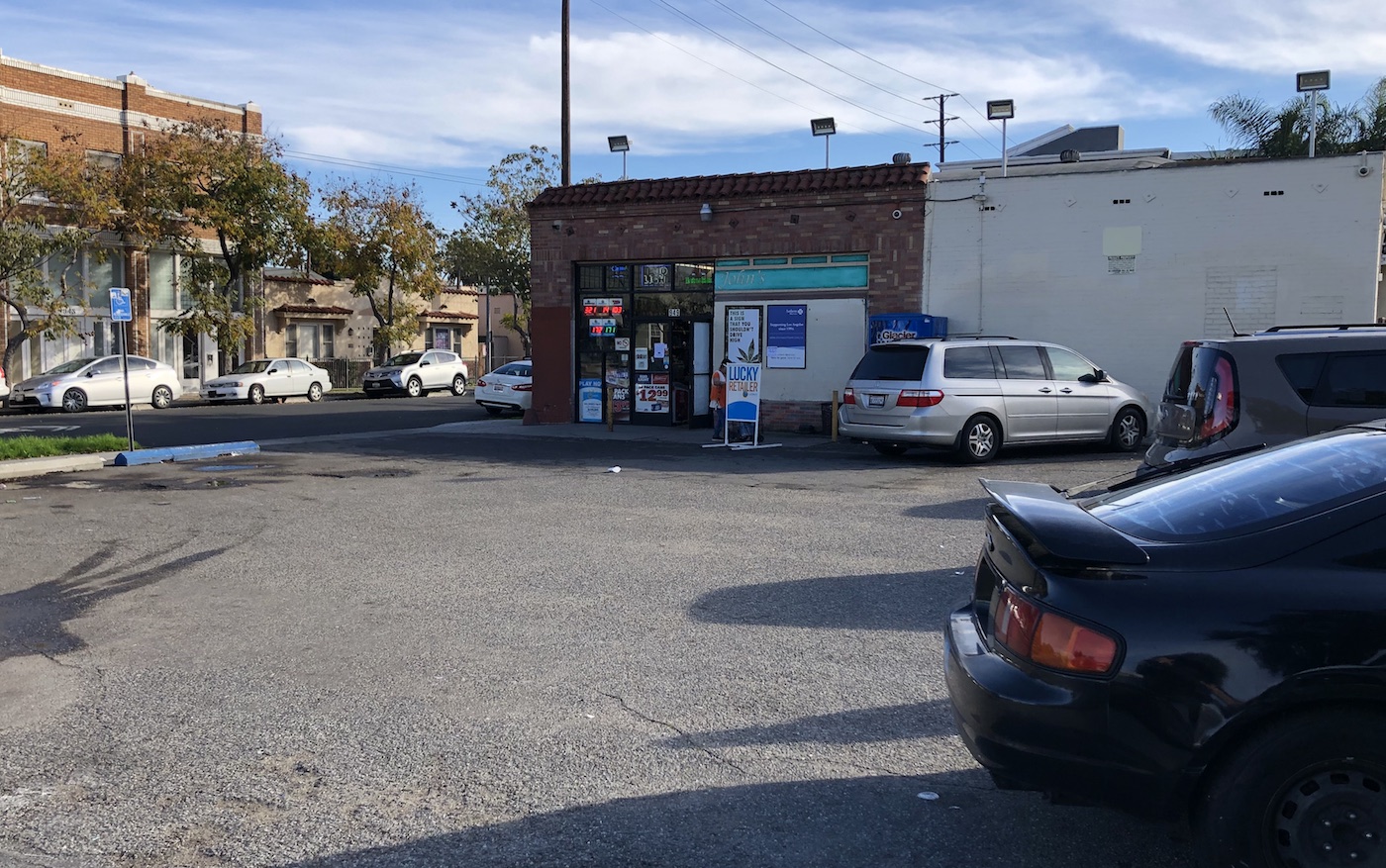 Police said their investigation centers around this parking lot outside Big John’s Liquor, where they were called to help the boy. Photo by Jeremiah Dobruck.

Before she returned to the vehicle, Davis ran up to her holding Meeks who was having seizures. The pair rushed the child to the hospital. He was pronounced braindead two days later and taken off life support.

Davis said the child had been acting normally before the seizures. Prosecutors, however, alleged that medical evidence showed Meeks had been hit in the head repeatedly—recently and in a short span of time—causing neck trauma and swelling of the brain.

Police arrested Davis in January 2020, and he pleaded not guilty.

At a preliminary hearing last year, prosecutors said there were no witnesses other than Davis. Security camera footage of the liquor store parking lot didn’t show the vehicle shaking or a struggle from inside, but prosecutors alleged that was only because of the video’s low quality.

Relying heavily on the autopsy report, prosecutors said Davis beat Meeks in the short time the two were alone, which led to the boy’s death. But prosecutors were unable to sway most jurors.

Cano declined to comment on the judge’s decision and Davis’ attorney Jovan Blacknell could not immediately be reached for comment.