The Los Angeles County jury also found Eric R. Holder Jr. guilty of two counts of attempted voluntary manslaughter instead of two attempted murder counts as prosecutors had sought for two other men who were hit by gunfire at the scene.

Holder, wearing a blue suit and face mask, stood up in the small court room next to his lawyer as the verdict was read. He had no visible reaction.

Jurors deliberated for about six hours over two days before reaching the verdict.

The verdict brings an end to a legal saga that has lasted more than three years and a trial that was often delayed because of the pandemic.

Holder and Hussle had known each other for years — they grew up members of the same South Los Angeles street gang — when a chance meeting outside the rapper’s Los Angeles clothing store led to the shooting, and his death.

The evidence against Holder was overwhelming, from eyewitnesses to surveillance cameras from local businesses that captured his arrival, the shooting and his departure.

His attorney did not even deny that he was the shooter but urged jurors to find him guilty of the lesser charge of voluntary manslaughter.

The shooting followed a conversation the two men had about rumors that Holder had been acting as an informant for authorities. Holder’s lawyer Aaron Jansen said that being publicly accused of being a “snitch” by a person as prominent as Hussle brought on a “heat of passion” in Holder that made him not guilty of first-degree murder.

“This is a provocation that stirs up rage and powerful emotion,” Jansen told jurors Thursday. 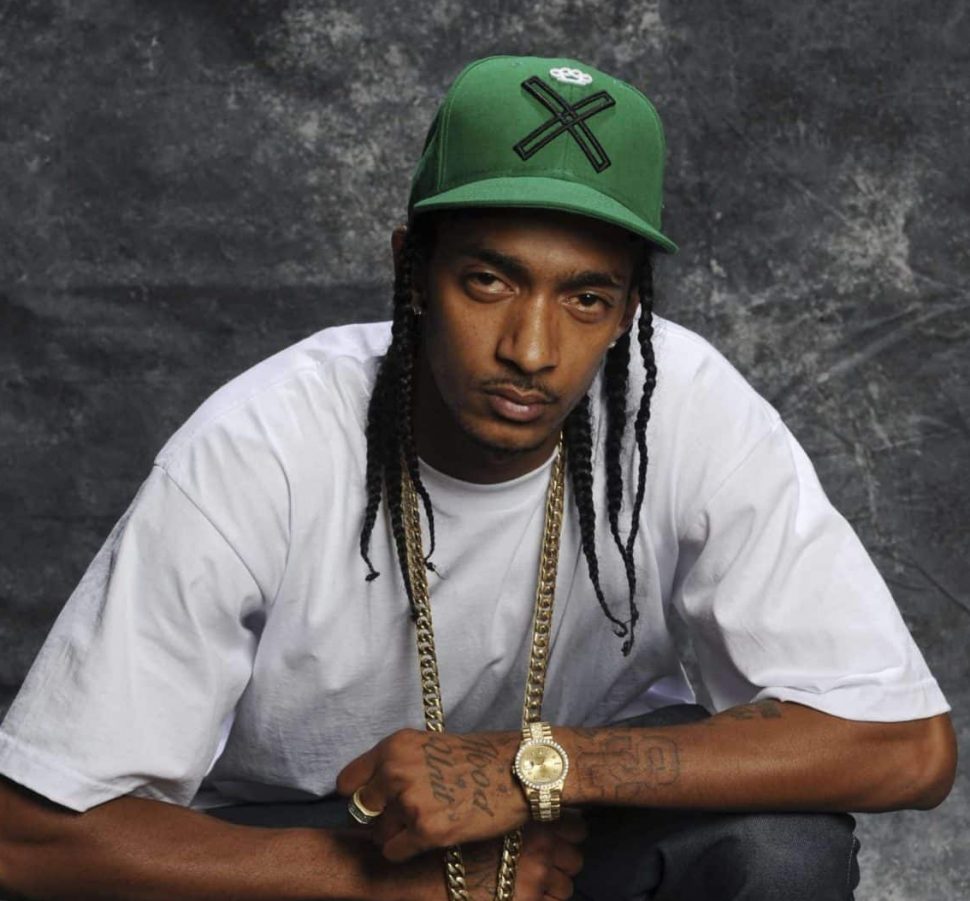 In a file photo, Nipsey Hussle poses for a portrait at DJ Khaled studio on June 9, 2009 in Miami Florida. Credit: mpi04/MediaPunch/IPX.

Deputy District Attorney John McKinney argued during the trial that Holder and everyone else in the conversation that preceded Hussle’s death were so calm that the “snitching” conversation could not have been the primary motive, and that Holder must have had some previous envy or hatred for Hussle.

McKinney told jurors that the nine minutes between the conversation and the shooting allowed more than enough time for the killing to be premeditated, a requirement for first-degree murder.

Hussle, whose legal name is Ermias Asghedom, died at age 33. He had just released his major-label debut album, which earned him his first Grammy nomination, when he was gunned down.

He was a widely beloved figure in Los Angeles, especially in the South LA area where he grew up and remained after gaining fame, buying property and opening businesses.

Hussle was mourned at a memorial at the arena then known as Staples Center, and celebrated in a performance at the Grammy Awards that included D.J. Khaled and John Legend.