A traffic stop turned into a standoff in front of the Los Angeles County Sheriff’s Department Lakewood station Saturday morning.

The driver of a red Mustang was pulled over on suspicion of driving under the influence near Macy’s at Lakewood Boulevard and Hardwick Street, according to Lt. Michael Thomas. During the stop, the officer suspected the driver was drunk and possibly speedballing, meaning he took a combination of heroin and cocaine, Thomas said.

“When it was called in, our psych team knew of him, so we knew we were dealing with someone with mental issues,” Thomas said, adding that the driver was known to have been treated for psychological issues in the past. 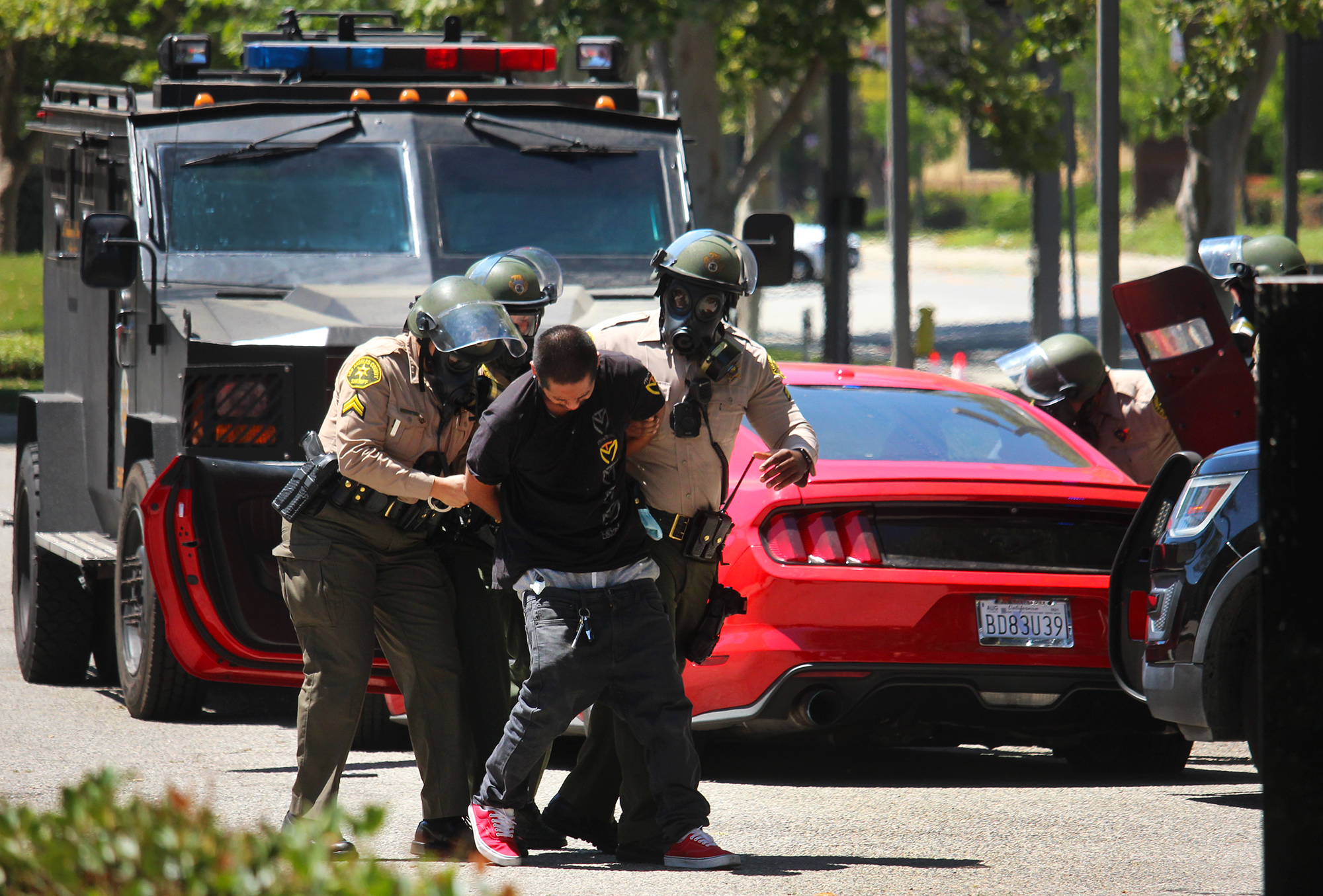 Sheriff’s deputies arrest a man after an hour-long standoff in front of the Lakewood station, Saturday, June 12, 2021. Photo by Brandon Richardson.

The driver parked in front of the Lakewood station, beginning an hour-long standoff and causing deputies to shut down Clark Avenue from Del Amo Boulevard to Candlewood Street, according to authorities. The department’s psych team spoke to the driver for about an hour, Thomas said, but was unsuccessful in getting him to exit the vehicle.

Officers then deployed a pepper spray canister inside the the car, forcing the driver out in seconds. After exiting the vehicle, the driver complied with officers, allowing them to handcuff him, according to authorities.

Paramedics transported the driver to an area hospital for treatment and a mental evaluation, Thomas said, adding that the investigation is ongoing.