NASA will brook no monkey business when it comes to giving names to its missions. The rules are laid out in a policy directive (and does anything sap comedic horseplay more thoroughly than a policy directive?) titled “Official names for Major NASA Projects.”

“Project names will be simple and easy to pronounce,” drones the steely-eyed, buttoned-down directive. “Names will not be duplicate or be so similar to other names that they create confusion; project names will be serialized (when appropriate), including Arabic numbers; acronyms are to be avoided in selecting names except where the acronym is descriptive and easily pronounced; names will be printed with only the initial letter capitalized.” So that explains why NASA’s mission to Mars wasn’t called “Better Red Than Dead” or “Ziggy Stardust.”

If you want to get cute with naming missions, perhaps you’d be more comfortable working elsewhere.

Like Long Beach-based Rocket Lab, a private American aerospace manufacturer and small satellite launch service that, unlike your stodgy NASA employees or overly nerdy Elon Musk of Space X who favors names taken from sci-fi novels, has a bit of rocket-science fun in coming up with names of its missions to deliver satellites into orbit.

When the company launched a Canon Electronics satellite to demonstrate Canon’s earth-imaging technology, Rocket Lab dubbed the mission, “Pics Or It Didn’t Happen,” a social-media demand in response to a fantastical but visually undocumented posting. 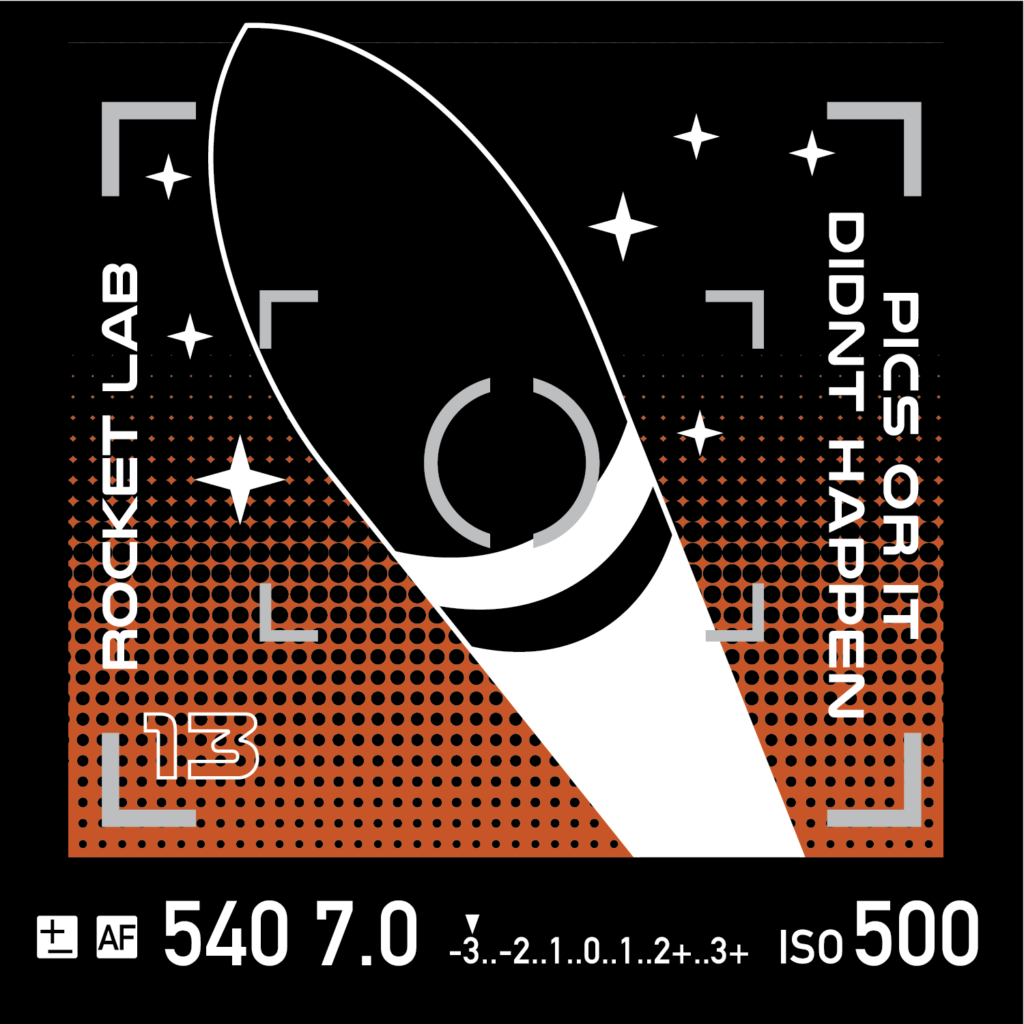 A Rocket Lab patch for a mission in which Canon demonstrated its Earth-imaging technology with high-resolution and wide-angle cameras. Courtesy Rocket Lab.

Elvis Presley’s hit “Return to Sender” was the obvious choice of the name of the company’s first attempt to bring its Electron rocket’s first stage back to earth under a parachute system for a controlled water landing.

“We were going to reveal ‘Return To Sender’ in a teaser video with Elvis Presley’s classic song of the same name until we were told the licensing costs to use the song in the video clip,” said a Rocket Lab spokesperson.

Rocket Lab’s mission names are a collective effort. If it’s a dedicated mission, then the customer gets to select the name, though they also workshop titles with the Rocket Lab team. For Rocket Lab’s 14th mission, Capella Space suggested “I Can’t Believe It’s Not Optical” as a nod to its unique (non-optical) imaging satellite. While “As The Crow Flies,” was a reference to a customer’s platform named Corvus, which is also the genus of birds that includes crows. “With ‘As The Crow Flies’ being an idiom for the most direct path between two points, the name seemed perfect for that dedicated mission,” according to a Rocket Lab email.

For rideshare missions, with multiple companies’ payloads being launched in a mission, the name is up to Rocket Lab’s team. Ahead of the launch the details about the mission and payload are shared with the team, as well as the customers behind it, and any other milestones or interesting facts. They then suggest a name that ties those elements together and a shortlist is handed over to Rocket Lab’s CEO and founder Peter Beck.

Is there any money to be made in naming Rocket Lab missions? No, not hard, cold cash, but the successful namers do get bragging rights—an incalculable value—plus a swag bag full of mission memorabilia, including patches bearing the name of the launch. 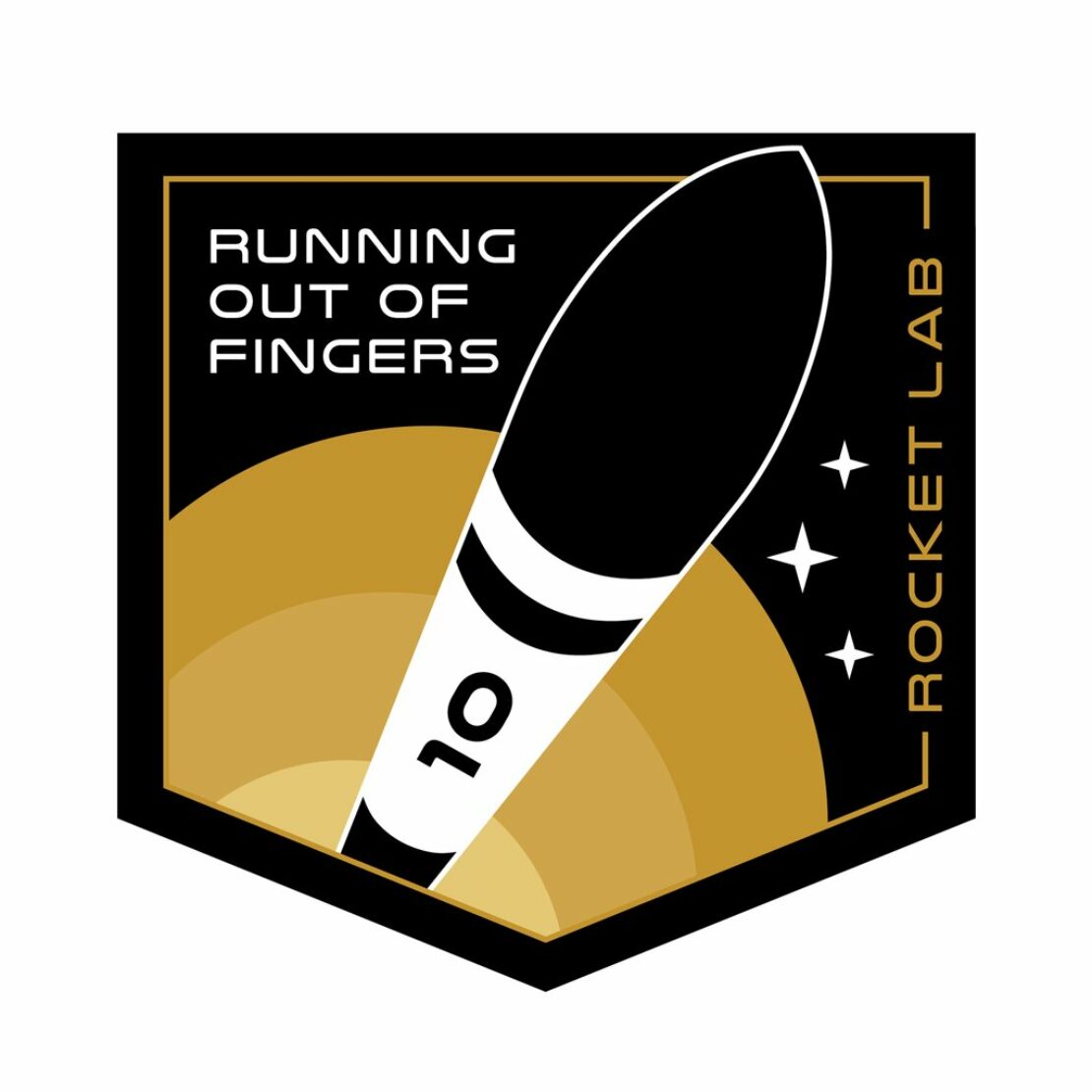 Some other notable mission names from Rocket Lab include “Running Out of Fingers” for its 10th launch and “Running Out of Toes” for its 20th; and “It’s Business Time,” a Flight of the Conchords’ song that was brain-worming the team when working on the launch of its first commercial mission.

Perhaps the best indication that the madcap team at Rocket Lab doesn’t have the right stuff for NASA’s no-nonsense work environment is the fact that at virtually every naming workshop, the team’s No. 1 suggestion is invariably Rocket McRocketface.