4 injured in three-alarm fire at condo building near Alamitos Heights • Long Beach Post News
- ADVERTISEMENT -
Help shape our election coverage. Tell us what issues are most important in your community, your neighborhood and your home. >>>Take the survey here.<<<

Four people were injured, including three firefighters, in a three-alarm blaze at a a residential condo complex near Alamitos Heights Wednesday night.

The fire, which started on the 400 block of Bellflower Boulevard near Pacific Coast Highway at about 5 p.m., was knocked down just before 6 p.m., according to LBFD spokesman Brian Fisk.

The fire started on the third floor and then moved to the fourth floor, according to Fisk.

Firefighters rescued one person and a dog from a balcony, Fisk said. A woman in her 70s suffered a leg injury after jumping from a second floor balcony to the ground, and was transported to an area hospital in stable condition, Fisk said.

The cause of the fire is under investigation.

400 blk. Bellflower Blvd.-3rd Alarm in residential condo complex. Units arrived to heavy fire & smoke from 3rd floor unit & hallway, extending to the 4th floor. One victim rescued with a dog from balcony. 3 firefighters injured with one being transported with smoke inhalation. pic.twitter.com/FOka6lMwMp

Marlys James-Jolly, who lived in the complex for two and a half years and was near where the fire started, said fire alarms were being installed on her floor Wednesday and no alarms went off to warn residents. James-Jolly said two neighbors came around to warn other resident of the fire.

“We opened the door and the smoke was so thick it was frightening,” James-Jolly said. 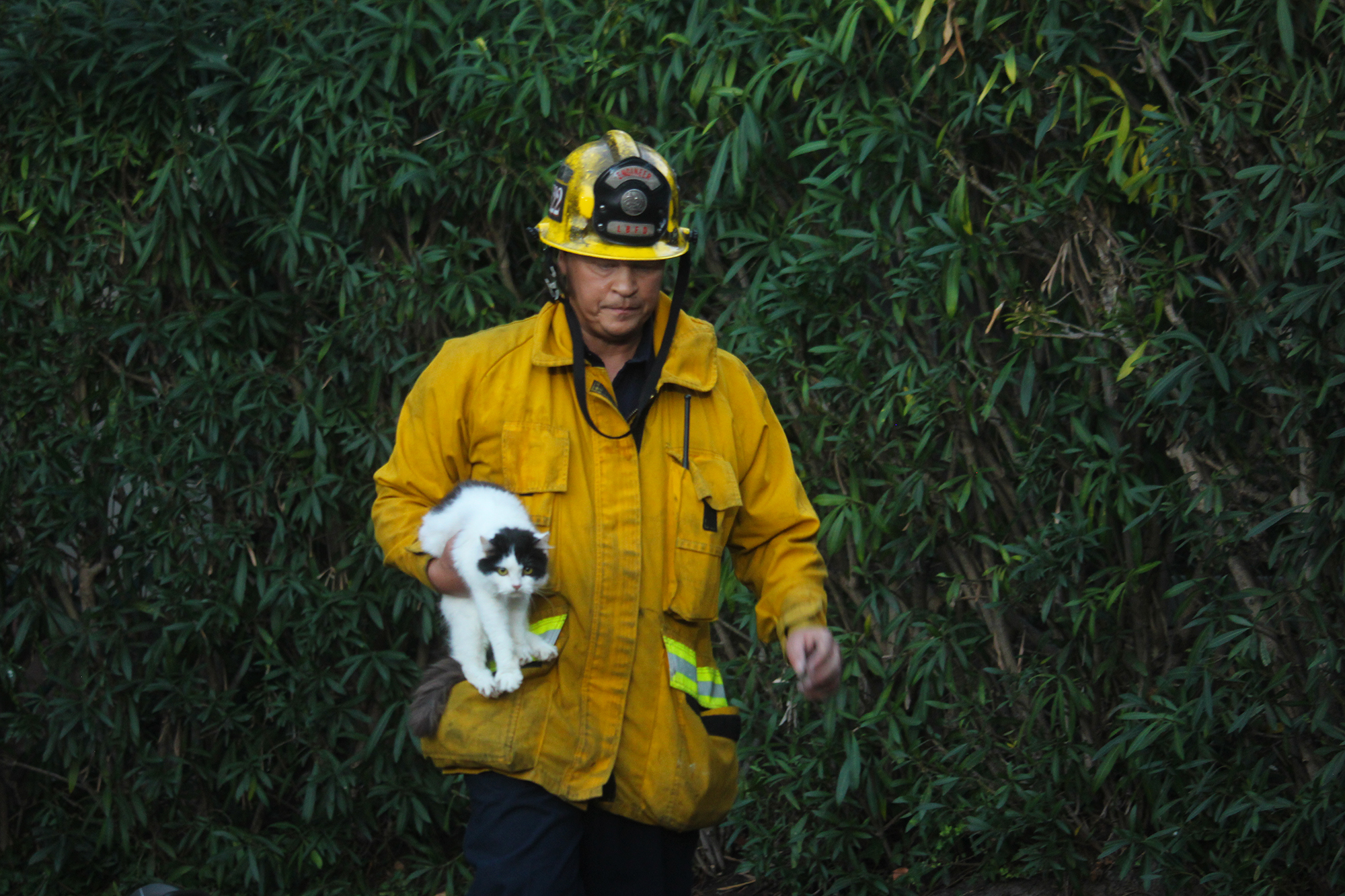 Another resident of the complex, who declined to give her name, said she first knew of the fire when she smelled smoke.

“I smelled smoke and saw stuff tumbling down outside the window, grabbed the kids and ran,” the resident said. “I came back and asked them to grab my cat and the cat was OK,” she added.

Video shot by a bystander showed smoke coming from multiple locations in the complex. 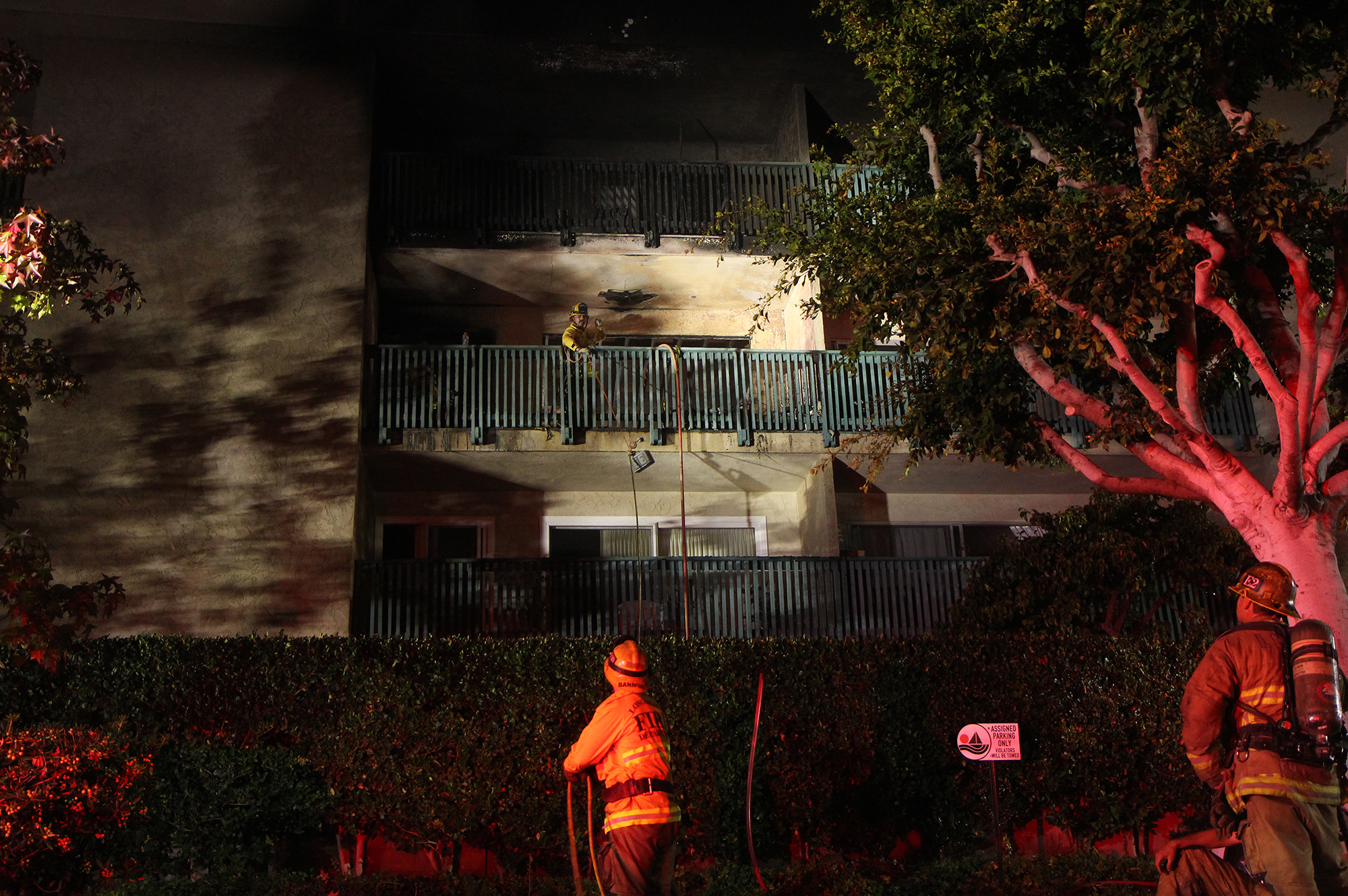 One firefighter on the ground pass equipment to another on the balcony of an apartment building that caught fire Wednesday, Nov. 3, 2021. Photo by Brandon Richardson. 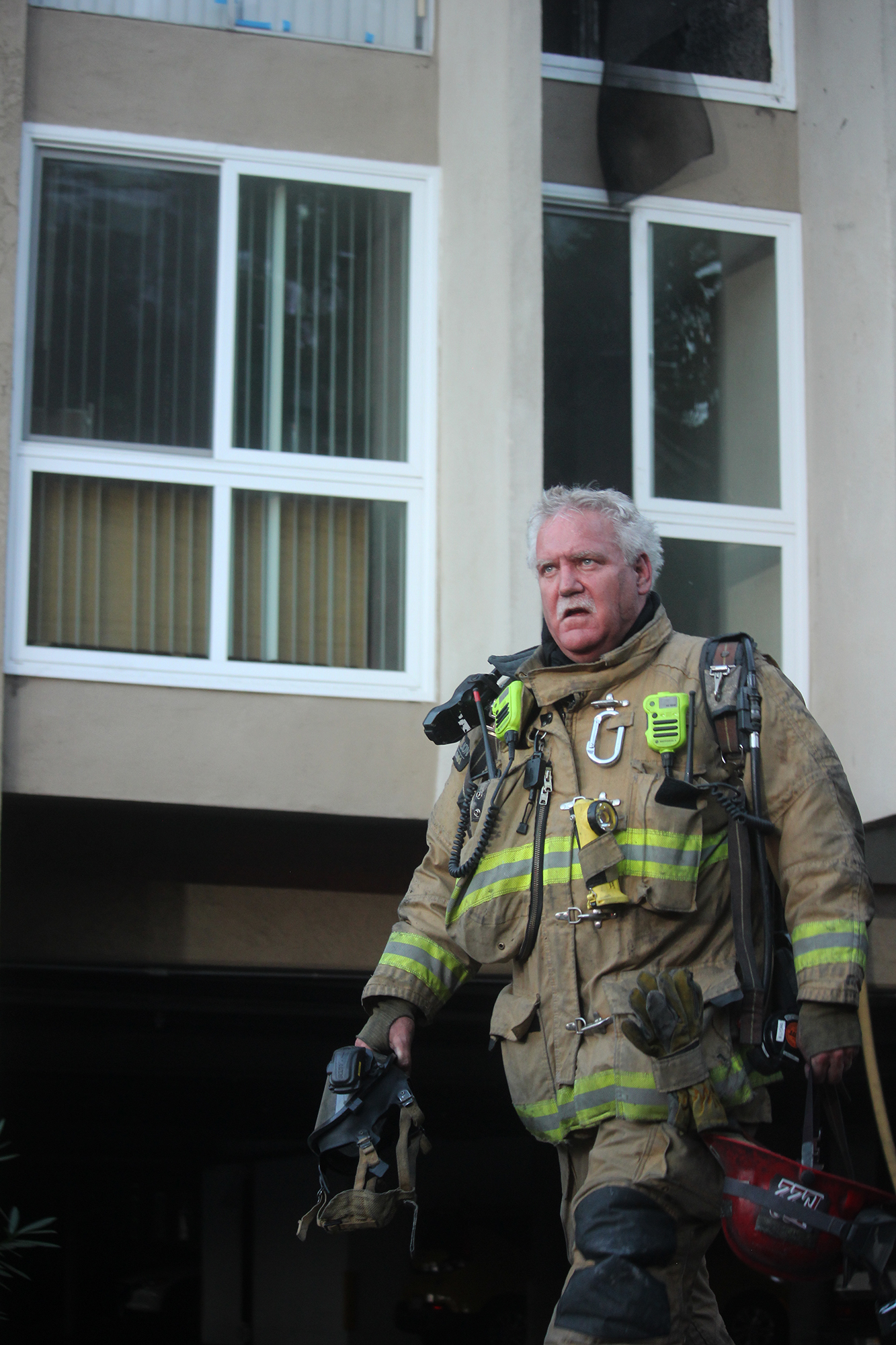 A Long Beach firefighter walks out of an apartment building that caught fire on the 400 block of Bellflower Boulevard Wednesday, Nov. 3, 2021. Photo by Brandon Richardson. 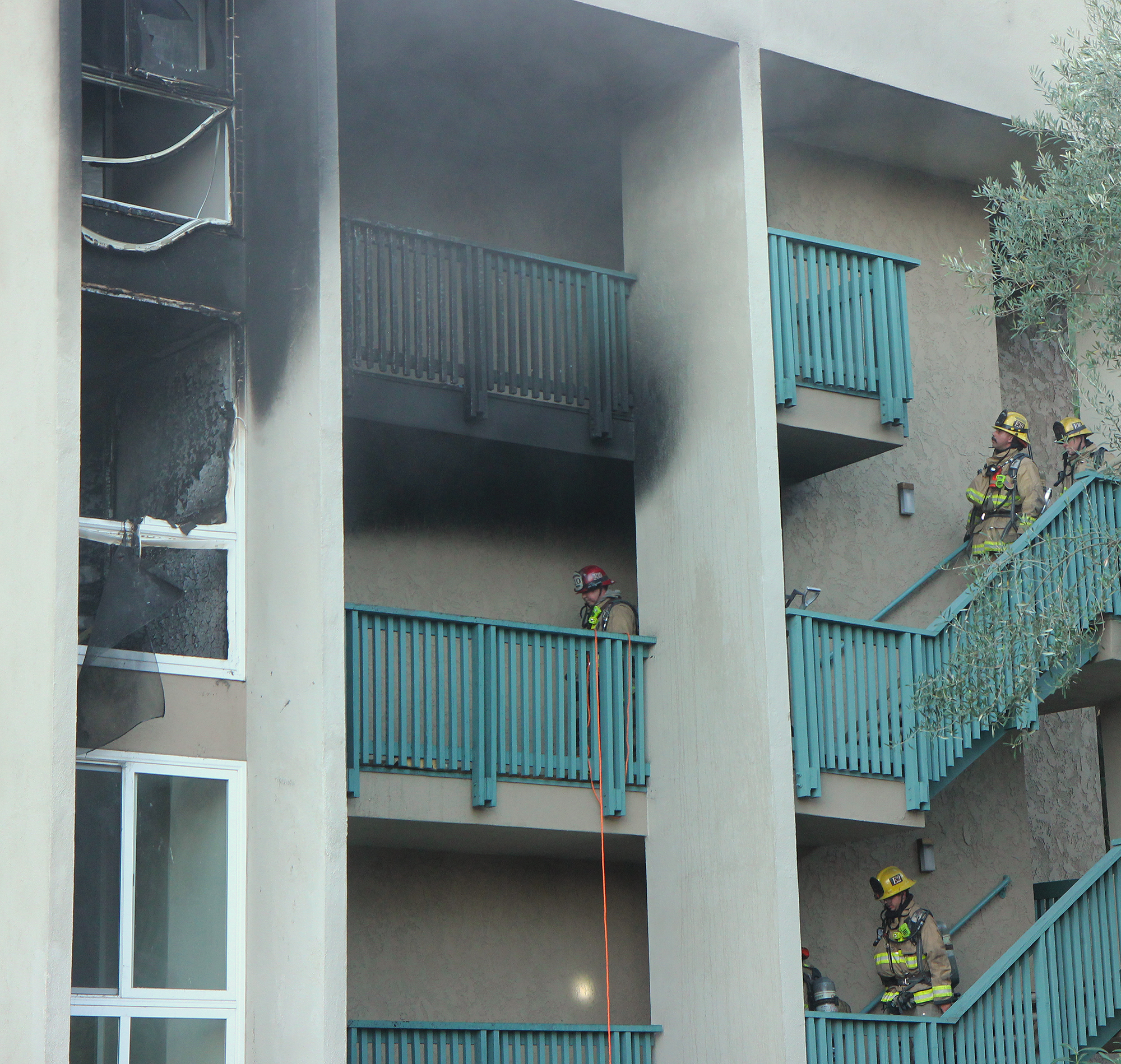 This story has been updated with additional details from the LBFD and eyewitnesses.