From the moment Charles A. Lindbergh stepped out of the cockpit of his Ryan monoplane, The Spirit of St. Louis, on May 21, 1927, at Le Bourget Field in Paris and was carried off the airfield by 150,000 witnesses to the historic flight, he was the most famous man in the world.

The young pilot, at 25, would hold that title at least until World War II when he found some detractors for his controversial views on Nazism and a desire to stay out of the war.

His first appearance after returning to America was on June 11, 1927, when some 200,000 people cheered as Lindbergh was presented with the Distinguished Flying Cross, the highest honor for an aviator, by President Calvin Coolidge.

The crowd at the Washington Monument on June 11, 1927, waiting to welcome Charles Lindbergh in his first appearance in America following his historic flight. Photo courtesy Library of Congress.

In the years shortly after that flight, while he was still at the peak of his fame, Long Beach got a few visits from the “Lone Eagle” as the aviator continued flights around the country.

On May 31, 1928, just 10 days after the first anniversary of his Paris landing, Lindbergh was forced to make an unexpected 3 a.m. landing in Long Beach during a flight that originated in Albuquerque. He later told reporters he was able to spot Long Beach by the big electric sign atop the Breakers Hotel, whose ownership made immediate hay from that fact and began advertising the hotel as “Where Lindbergh Saw the Light.”

Putnam and his wife lived in a pink stucco shack on the airport grounds and they prepared a late-night dinner of rabbit and strawberry preserves that Lindbergh enjoyed in the rare and welcomed calm away from the crowd. That would come later.

Lindbergh sought refuge back at the Breakers, which by 8 a.m. had a lobby crowded with people who had heard he would be staying there. The Press-Telegram reported that “by 10 o’clock, the crowds in the lobby, the corridors and the elevators had become denser and denser. By noon, restless at the delay in the appearance of Lindbergh, the crowd was kept quiet only by police control.”

He finally showed, worked his way through the crowd by escort and was able to get a long nap in his room. Later in the afternoon, he was escorted by 20 police motorcycle officers back to the airport where thousands watched him take off.

A little less than a year later, on March 17, 1929, Lindbergh once again landed at Long Beach Airport, though officials at airports in Van Nuys and Glendale were both expecting him at either of their fields at about 7:30 p.m. When he didn’t show up at the appointed time, they began to worry about his whereabouts and by 9 p.m. they considered a search for the pilot and his plane. At around 9:30, they learned he had once again escaped an “L.A. death landing” and was safely in his room in Long Beach, once again at the Breakers Hotel. 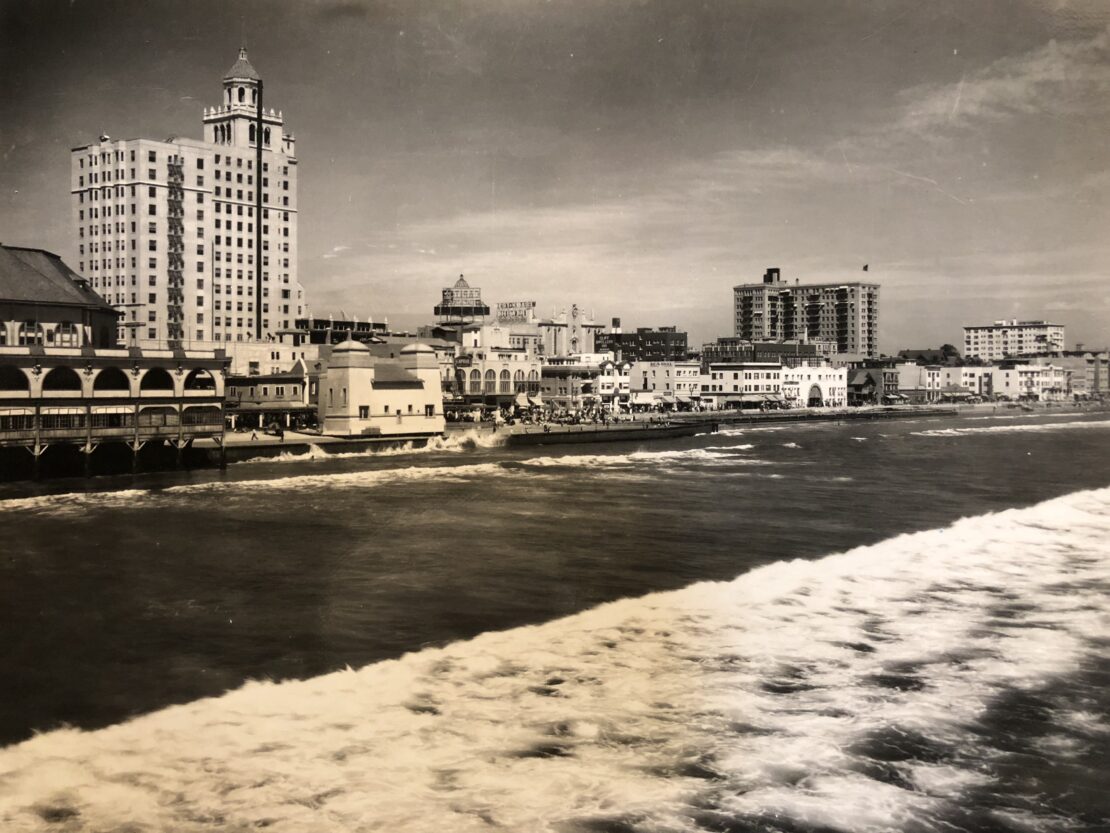 The Los Angeles Times reported that Lindbergh had arrived at the hotel as an orchestra was concluding an evening concert.

He managed to avoid being spotted by the crowd, the paper reported, until he got to the front desk where he was recognized by a clerk.

According to the Times, he told the clerk, “put me away, don’t write me up and get me to my room as soon as you can.”

He tipped the bellboy a 50-cent piece and left instructions not to be disturbed, a request met by police officers stationed in the corridor.

Long Beach paid tribute to Lindbergh in 1930 when the city opened Charles A. Lindbergh Junior High (now Middle School) on Market Street, the first secondary school to be built in North Long Beach. The famed pilot was invited to the groundbreaking and the dedication of the school. He sent his appreciation but declined to appear.