Local History is a weekly feature that looks at the people, places and events of Long Beach’s past. Have a question or a piece of history you want us to explore? Email [email protected] You can also sign up for Tim’s weekly Local History newsletter.

Ivory soap, Crisco vegetable oil and other household products came off the assembly lines for more than a half century at the mammoth Procter & Gamble plant at the western terminus of Seventh Street, now Pier C Street, in the Long Beach Harbor.

The groundbreaking ceremony for the plant in June 1930 featured the christening and launch of the Ivory, a miniature ship fabricated entirely of six-ounce bars of Ivory soap, which had been marketed since the 1800s with the slogan “It floats!” And indeed it did. After it was christened by Long Beach Mayor Oscar Hauge’s daughter it bobbed along Channel Two as politicians, civic leaders and Procter & Gamble officers orated in front of a crowd of 2,000 before the first shovelful of dirt was dug and work commenced in earnest on the construction that very day.

The $5 million plant opened the following year with a force of between 750 and 1,000 workers turning out 50,000 cases of soap per week—mostly Ivory, but also Zest, Camay, Lava and other brands, along with laundry detergents Tide and Cheer and household cleansers such as Mr. Clean and Spic & Span—as well as 5,000 cases per week of edible products, most notably Crisco vegetable oil and shortening. 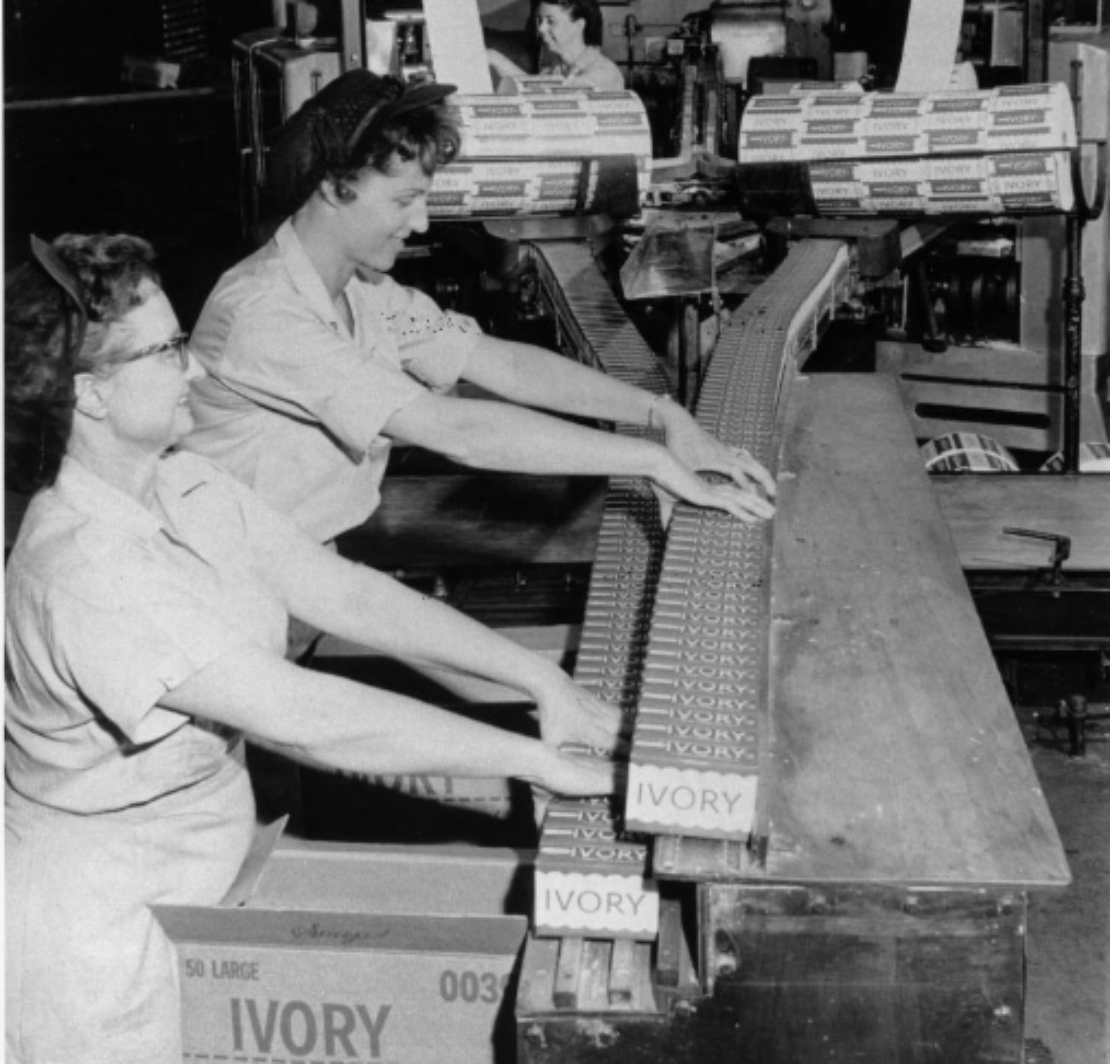 The Procter & Gamble plant expanded over the years, with major additions built in 1938, 1949, 1950 and 1963. The ‘63 addition was the construction of a 207,000-square-foot warehouse which would accommodate product distribution to 11 Western states. The warehouse, which stretched 750 feet along West Seventh Street, brought the plant’s total area to 29 acres.

The workers were for the most part content with their jobs at P&G, where fair-paying jobs continued even through the Depression.

The company was known for its benevolent treatment of employees and offered profit-sharing, pensions, holiday baskets for everyone at Christmas, an 18-hole putting green and even a second-floor cafeteria in the Long Beach facility that provided lunch for all workers and officers at no cost. In 1964, the average length of service among employees at the company was 15.5 years. 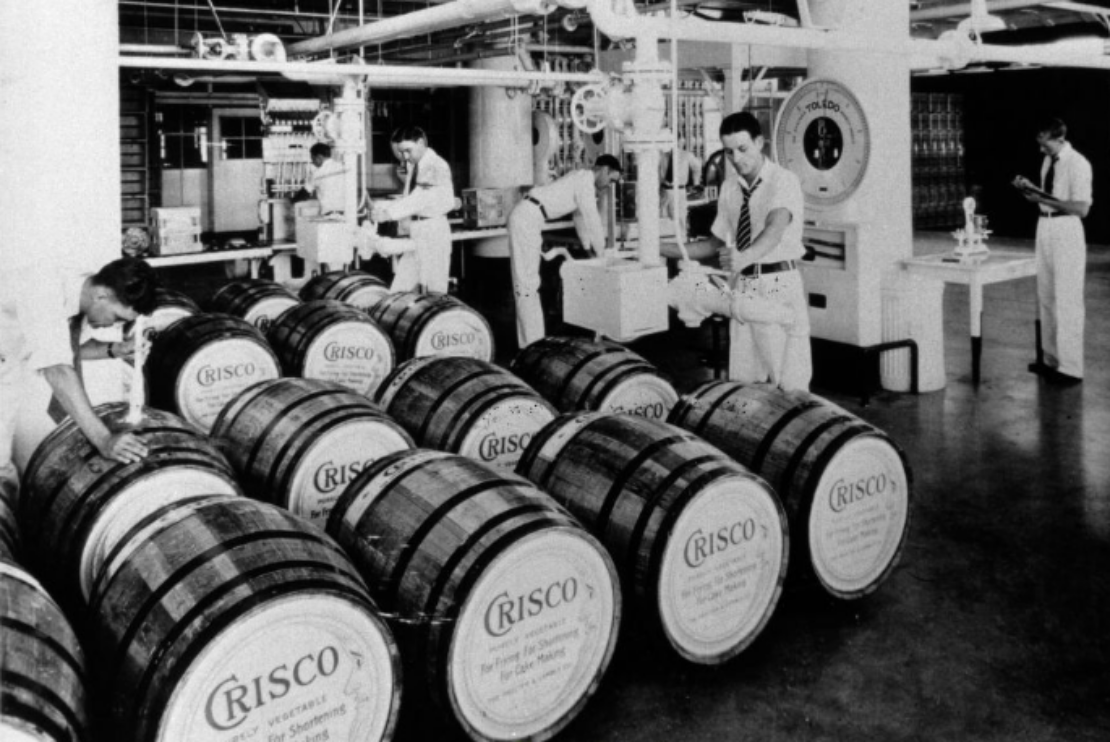 The plant survived World War II as well when workers toiled beneath roofs on which the Army had installed anti-aircraft guns as well as covering the windows with black curtains to block the interior lights from outside visibility.

Things were going great for Procter & Gamble as the years passed in the 1980s, with scores of new products developed by the company in the intervening years—Crest toothpaste, Cascade dishwashing soap, Cheer, Head & Shoulders shampoo and scores of others—and as its technology grew more sophisticated and its reach grew worldwide, it found Long Beach of no further use and announced rather suddenly that it would cease operations here in 1988. Officials at the Cincinnati-based company said that the products made at the Long Beach plant could be produced more economically at some of its 120 facilities throughout the world. The closure was part of an $800 million company-wide restructuring. The news shocked and saddened city leaders and Procter & Gamble’s longtime loyal employees.

It was yet another domino falling in the city’s role in manufacturing following the 1958 closure of the Ford plant with its 1,700 employees and the ensuing closures of Todd Shipyard and its 5,600 workers in 1989; the Naval Shipyard with 3,000 workers in 1997 and the once-booming tuna canning industry on Terminal Island, where the last of 10 canning companies closed in 1995.