Right at the top of this series of weekly articles about local history, readers are invited to ask questions about Long Beach’s past. Obligingly, reader Steve Moritz writes, “My friends and I have been visiting the Nature Center since it opened but no one seems to know the backstory of how it came to Long Beach. It’s a remarkable asset and someone deserves some credit.”

A few people: Former Long Beach Councilwoman Renee Simon, who chaired the El Dorado Park Development Committee and worked with different organizations, including PTAs, to place a tax on the ballot to develop the park, the voters of the city who generously approved a $5 million bond issue and other expenditures, and the city’s Mayor Tom Clark, an enthusiastic supporter of El Dorado’s development.

As for the Nature Center in particular, much of the credit has to go to 1960’s-era Park Director Don Obert and his assistant director Duane George, who visited the Robert M. McCurdy Nature Center at Eaton Canyon in Pasadena and came back convinced that Long Beach needed a place like that—a quiet sanctuary away from the noise and frantic pace of the city.

The City Council agreed and approved plans for the center’s development in the summer of 1965.

The chosen area had been given over to hundreds of acres of bean and sugar beet fields, though most of those had since been displaced by the runaway development of the east, with homes being built by the thousands east to Studebaker.

With the booming influx of residents moving to the eastside and Southern California’s expansion in general came the hurried additions and improvements to the freeway system. In the area where El Dorado Park was to be built, and at the same time in the mid-1960s, came the construction of the 605/405 freeway interchange, and bulldozers and other earthmoving machines excavated millions of cubic yards of earth, much of which was simply moved to form the nearly 800-acre El Dorado Regional Park. 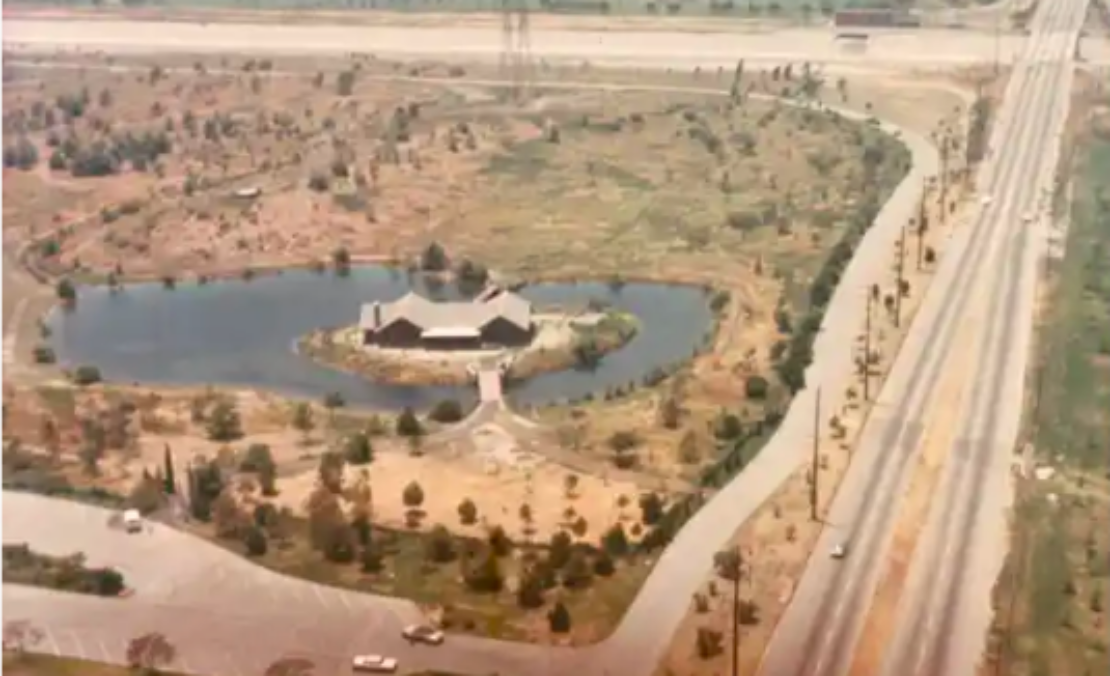 The Nature Center in the late 1960s when the newly planted foliage had yet to mature. Photo courtesy El Dorado Nature Center.

One key part of the 99.7-acre Nature Center was the creation of two lakes connected by a meandering stream. The dirt from the excavation of the land to build the lake was moved to the surrounding area to create a rolling terrain.

Next came the planting of nearly 3,500 young trees and a like number of shrubs.  A stand of about 400 eucalyptus was planted along the south side of the center, with the expectation that they’d grow to 150 feet in 20 years. Similarly, at the southeast corner, near the noisy 605 freeway, a large number of pines, expected to reach heights of 80 to 100 feet and absorb the sound and sight of the freeway. Also to keep the freeway somewhat at bay on the west side were planted sycamore, acacia, mulberry and pine trees.

Wildlife came slowly. Initially, the Nature Center was stocked with three foxes and three opossums that had been captured within the city limits. They enjoyed their new home and by the time the center was opened to the public on May 17, 1969, there were about 20 native-born foxes and 30 opossums, along with scores of cottontails and jackrabbits, to say nothing of dozens of species of migratory and resident birds.

Today there are an estimated 150 different species of birds at the center, along with other animals that have found a home there, including turtles, snakes, raccoons and skunks. 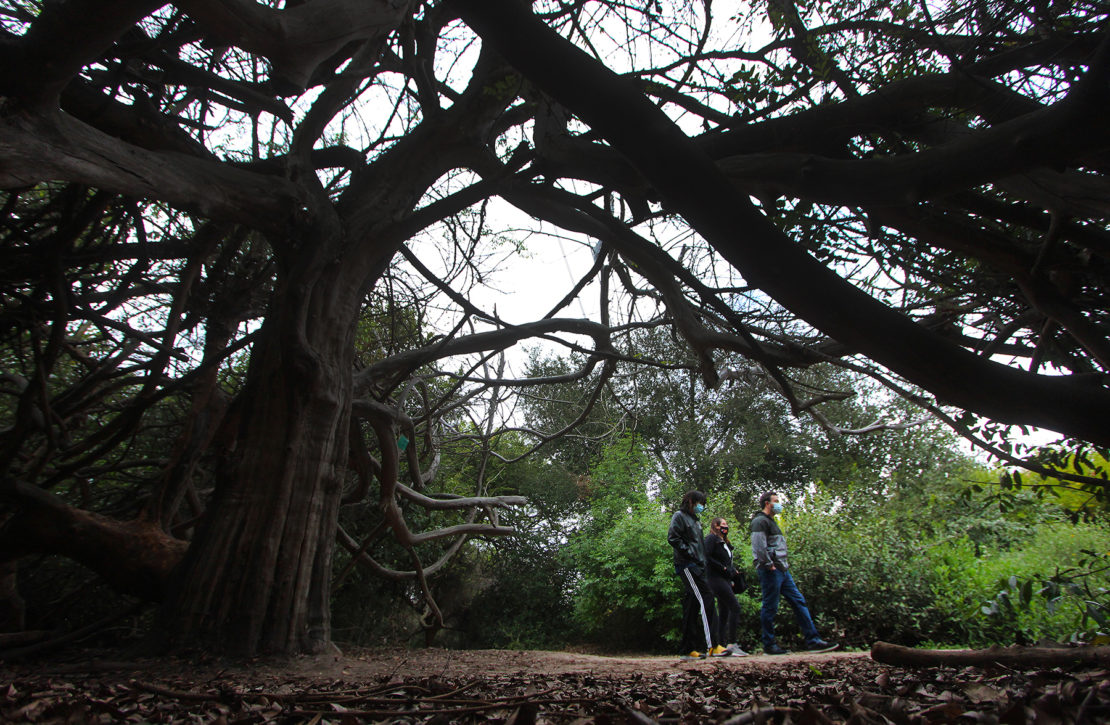 The foliage, too, has met or surpassed its expectations. Saplings have transformed into mature giants, shading the one- and two-mile walking paths. Go at quiet times and you have a chance of seeing a fox scamper across your path, or an owl or hawk perched on a branch. Turtles fight for a spot on the island created by 570 tons of rock brought in by the Recreation Department.

But mostly what you’ll find is the rare and perhaps surprising beauty of this sanctuary, a place to get away, if for only a brief time, before jumping back into life in the city.