Long Beach was a city brimming with dreams in 1928; it was 40 years old and still growing like a teenager. Its aspirations were lofty and ambitious. Its port was growing quickly—it had just recently attained “deep water” port status and was handling more than a million tons of cargo annually while the city’s reputation as a tourist destination was fairly solidified. Still, Long Beach hankered to be on the map in boldface, more than a small dot next to Los Angeles.

The Great Depression was still a year off and the Long Beach Earthquake was five years away and, of course, neither catastrophic event was foreseen, so Long Beach barreled ahead with its vision of becoming a major metropolis.

To boost things along, the city planned a World’s Fair-style exposition for the summer of 1928 with the Pacific Southwest Exposition, a major festival that would showcase the progress of the American Southwest states along with the cultural and commercial achievements of more than 20 nations, most from the countries bordering on the Pacific, though several European nations ended up participating.

Few cynics scoffed at the idea, perhaps because Long Beach had yet to create a long list of dashed dreams.

The exposition hit the ground running, with sponsorship from the city and the Long Beach Chamber of Commerce along with donations from the town’s business elites who had their own vested interests in the fair’s success.

The site was a brush-filled spit of land at the western terminus of Seventh Street. To establish and coordinate the overall appearance of the expo, the organizers selected architect Hugh R. Davies, the designer of many fine residences and other buildings in Long Beach, including Community Hospital, Downtown’s Meeker Building and the post-earthquake Poly High School. 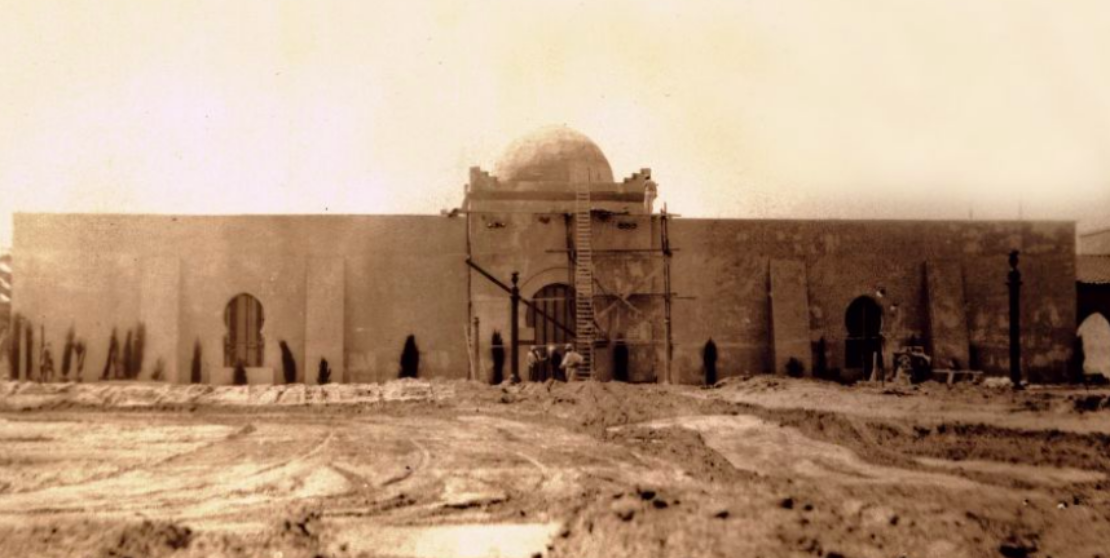 Preparation for the gala event was as rapid as it was elaborate. In a few short months, the 63-acre site was cleared of weeds and brush, thousands of trees, shrubs and flowering plants were brought in from the municipal nursery along with taller trees like palms and eucalyptus that were set up in their boxes and various buildings popped up to give it an international feel, dominated, perhaps by the Tunisian architecture that influenced most of the grounds.

There was a Fine Arts Building, an Italian Building, a Spanish Building, a Fun Strip with outdoor acts, rodeo sideshows, an animal circus and a Ferris wheel.

There was the Palace of Modes, devoted to fashion, and the Bazaars of Tunis featuring food, cigarettes and snake charmers.

A huge auditorium on the along the north channel, featured such performances as a horse show with 200 entrants, while the Outdoor Theater was the site of various crowd-pleasers, including “The Disappearing Ballet” in which a group of divers plunged into a pool and never resurfaced, while a cast of 250 singers and dancers also jumped into the pool and they too disappeared.

The exposition was designed to resemble a Tunisian city, with two courtyards overlooked by the Palace of Industry’s Muezzin Tower, from which a Muslim issued calls to prayer each day. In the foreground, beyond the parking lot is the main entrance, with the Avenue of Nations at top left, the Pool of Reflections at center, and the large Palace of Industry building at rear center. Photo courtesy Long Beach Public Library.

The Long Beach Municipal Band played twice-daily concerts by the stunning reflection pool, with members decked in white, gold and orange uniforms specially ordered for the event. Among the band’s numbers was “The Pacific Southwest March,” composed by the group’s celebrated director Herbert L. Clarke.

The participating countries didn’t scrimp on their offerings. Herbert Hoover, then a presidential candidate on the campaign trail, was given a ride in the official coach of Napoleon Bonaparte which was on display in the French exhibit, and the Chinese exhibit, valued at $500,000 at the time, included a $50,000 rug among other artifacts.

The exposition ran from July 27 through Sept. 3, Labor Day, and its success was reported regularly in newspapers all over the country, from the Honolulu Star-Bulletin to the Asbury Park Press in New Jersey. 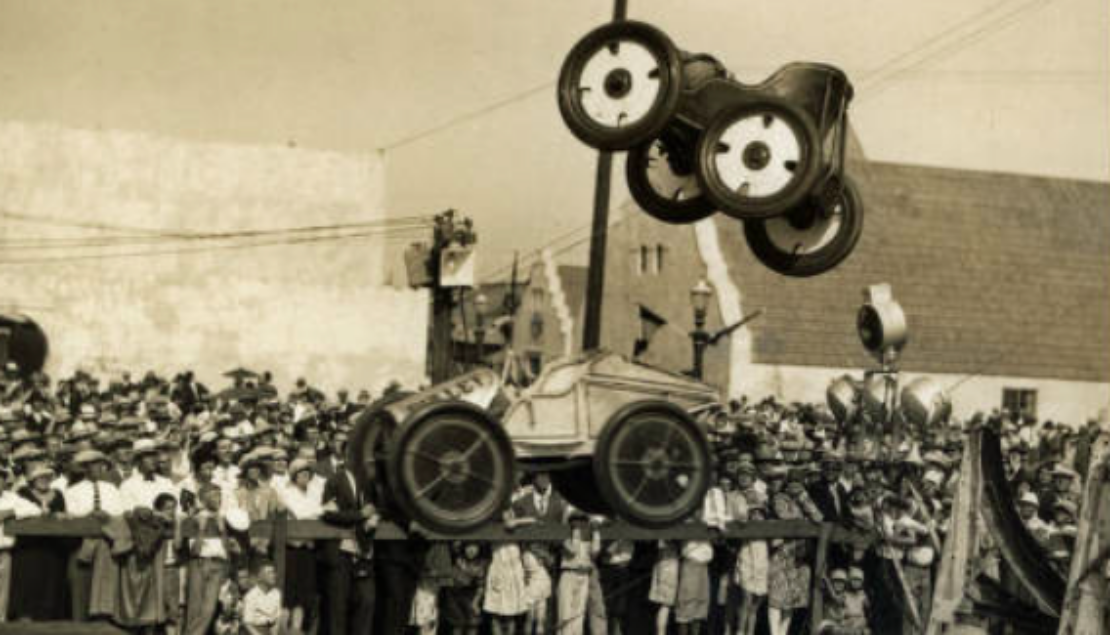 By the time it drew to a close, the Pacific Southwest Exposition had been visited by more than a million people, with 400,000 visitors in its first 10 days.

On the eve of the exposition’s opening a full-page ad from the organizers in the Press-Telegram stated that “Every man, woman and child in Long Beach may swell his chest in pardonable pride in reviewing the tremendous effort, courage and vision which made possible the great World Event—an event which will make this city a mecca for hundreds of thousands of visitors and will focus the eyes of the entire Pacific Southwest area on Long Beach for the next 39 days.” There was little doubt that the exposition was, indeed a success.

All traces were removed quickly as the port land grew in demand. Within two years, Procter & Gamble opened a factory at the site that remained in operation until 1988. Today, the land is used for a Matson container and cargo yard.