The Long Beach Press newspaper painted a pretty picture as Calbraith Perry Rodgers completed the first US transcontinental flight as he flew into Long Beach on a chilly Sunday afternoon on Dec. 10, 1911.

“(Rodgers) landed on the strand in sight of a frantic multitude of 50,000, completing the record flight by a dip of his biplane rudder into the surf of the Pacific.”

If Rodgers’ achievement had an elegant ending, the journey, for the most part, wasn’t pretty. And, though decades later, when Rodgers was inducted into the National Aviation Hall of Fame, it was proclaimed that his flight “demonstrated the airplane’s potential for long-distance travel,” it would be difficult to see that potential at the time, given the troubles Rodgers experienced as he cartwheeled across the country, and somehow overcame through either sheer determination or bullheaded stubbornness over the course of his historic flight.

Rather than the five-hour, nonstop transcontinental flights and shorter jaunts that millions of people experience every year without a thought, Rodgers’ journey bore a closer resemblance to a cartoon Wile E. Coyote crashing cross-country in an Acme brand airplane.

Rodgers’ plane was just a slightly updated version of the craft that the Wright brothers flew at Kitty Hawk. It was built by the Wrights for the excursion (Rodgers was the first civilian to purchase a plane from the Wright brothers, shortly after completing a 90-minute training session from Orville) and featured an advertisement painted on the top and bottom wings touting Vin Fiz, a new grape-flavored soft drink manufactured by the Armour meat-packing company, which financed the trip. Rodgers’ trip was given an extra push by newspaper magnate William Hearst’s offer of $50,000 to the first person to fly across the country in 30 days or less.

It was an expensive plane flight even for today’s traveler with a taste for high-dollar first-class trappings. Armour ended up paying about $23,000 in 1911 dollars, well over a million dollars in 2020 currency, with much of that going toward outfitting a special three-car train full of extra parts, repair facilities and a touring automobile, as well as mechanics and some family members.

The 32-year-old aviator took off from a sparsely attended group of onlookers from Sheepshead Bay, New York, on Sept. 17, 1911 at 4:30 p.m., swaddled in a business suit and a few layers of sweaters and scarves. And while the smart money had him failing on the first leg of the flight, Rodgers flew 104 miles in two hours without incident to Middleton, New York. 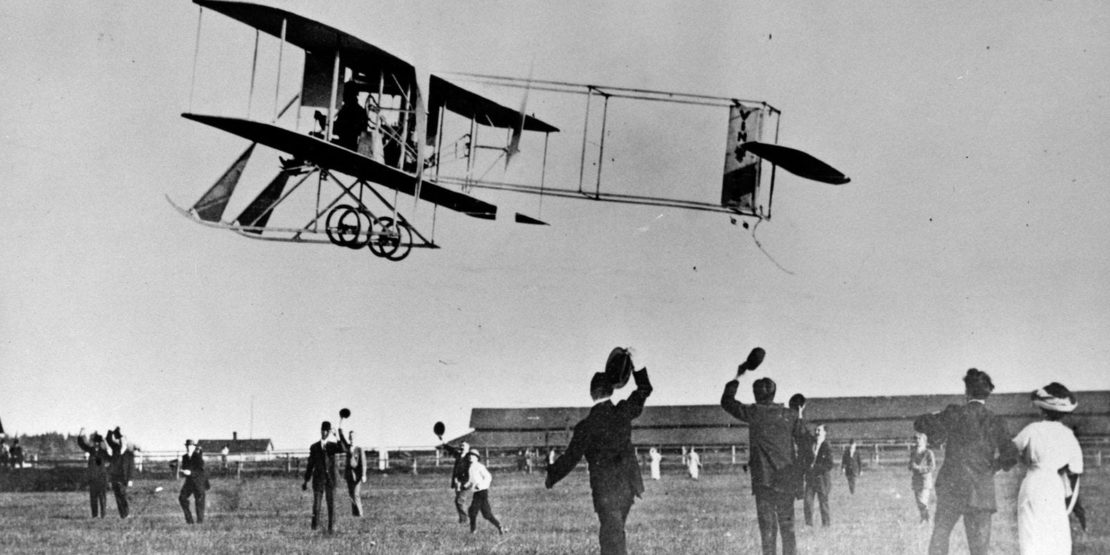 The next day was more indicative of his cross-country trip. Taking off, his plane clipped a tree and he crashed into a chicken coop. Bleeding from his scalp, he was accosted by the farmer who owned the coop who was more concerned about the henhouse’s damage than the miraculous invention that caused it and angrily demanded payment for repairs.

And so it went. The flight was nothing like that of the historic Charles Lindbergh trans-Atlantic flight just 16. While Lindbergh couldn’t afford the luxury of a crash or any sort of emergency landing, Rodgers clattered across the country, seriously crashing at least 16 times. He hit a cactus in Texas (a state that he traversed in 29 separate flights over two weeks), was attacked by an eagle near Dallas, was charged by a bull in Indiana. Over Imperial Junction in California, his engine exploded and he was injured by metal shrapnel and had to crash land.

Overall, he flew for three days, 10 hours and four minutes, but crashes, repairs and injuries ate up the clock and he had thrown in the towel on collecting the Hearst reward. In real time it took 49 days to complete the flight when he finally landed in Pasadena on Nov. 5, 1911, which technically and officially ended his cross-country feat, even though there was still a bit of the continent remaining. The total amount of time was about a week longer than it took American Pete Kostelnick to run from San Francisco City Hall to New York City Hall in 2016.

Determined to fly on to the Pacific, Rodgers took off from Pasadena for the short flight to Long Beach, but once again, for old time’s sake, he crashed in Compton and sustained serious injuries that delayed the final trip by a month. 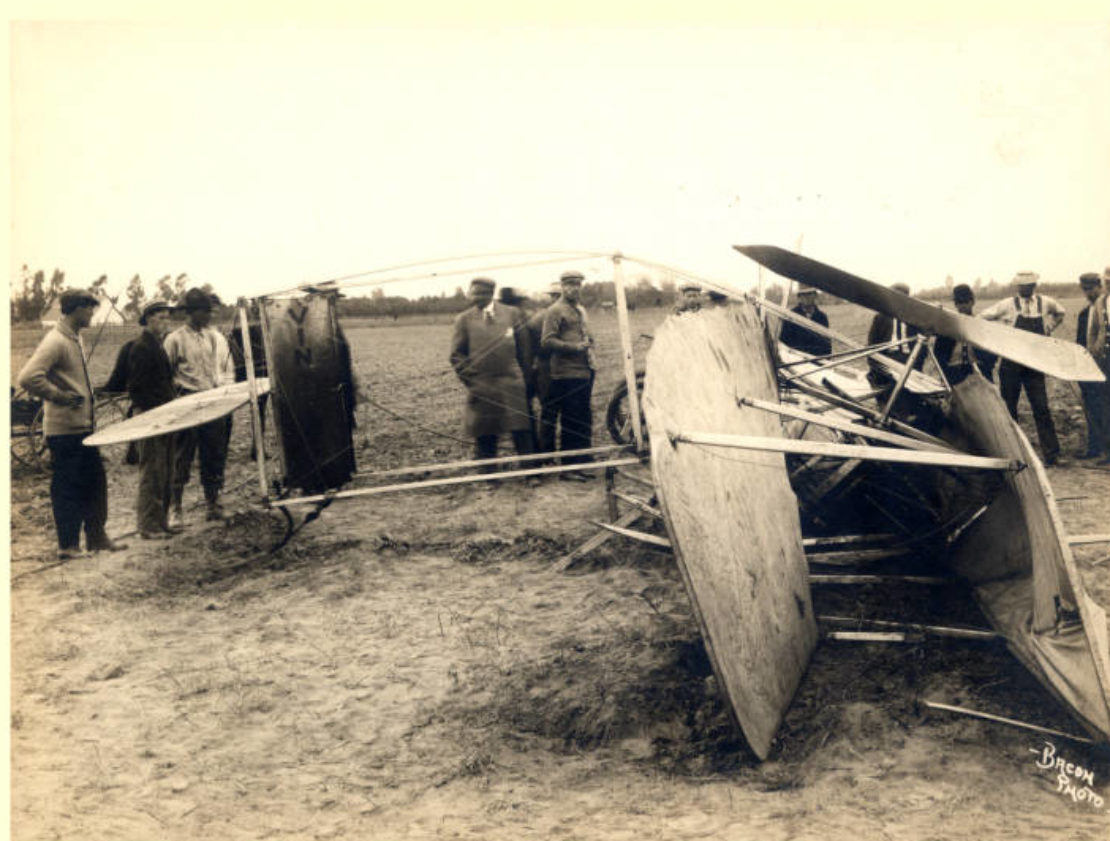 When Rodgers took off from Pasadena—again—the Vin Fiz plane wasn’t the plane it was back in Sheepshead Bay. Only the rudder, the engine drip pan, and a single strut remained from the original, the rest of the plane was scattered across the country or stored on the train. And, as a perfect symbol of Rodgers’ trip, his crutches were strapped to the side of the plane.

He circled over the spot of his Pasadena crash and flew toward Long Beach, sailing over Signal Hill and Devil’s Gate, where the Belmont Pier is today, at an elevation of 1,500 feet before turning west and flying over the Virginia Hotel and the Pine Avenue business district and out to sea and circling back, dipping his rudder in the Pacific before landing on the sand at precisely 4 p.m.

“Thousands jostled and jammed, tearing coats and smashing hate, in a wild rush for a near view of Rodgers after his landing and as he passed from the beach to the Virginia,” the Press reported in the next day’s edition.

The Rodgers party, including his wife and his mother who were in Long Beach to greet him, dined at the Virginia while his plane was towed to Pasadena

Rodgers died less than four months later while flying in an exhibition. His plane crashed into the ocean near the Pine Avenue Pier in Long Beach on April 3, 1912.