Long Beach Airport will begin reconstructing a taxiway for departing commercial flights during the first week of January in an effort to bring LGB up to date with the latest Federal Aviation Administration guidelines, according to a city press release.

The $25 million project will be primarily funded by grants from the FAA and replace the Taxiway L asphalt pavement with “concrete pavement that has an anticipated service life of 40 years,” according to the press release. The funds for this project are separate from the $6 million in funding that LGB will receive from the Bipartisan Infrastructure Law that President Joe Biden signed into effect last month, LGB spokesperson Kate Kuykendall said.

In addition to the reconstruction of the runway, sustainability efforts will take place, replacing all existing taxiway lights and signs with LED lights, “which have a much longer life expectancy, lower energy consumption and lower maintenance costs,” according to the press release.

“Additionally, the contractor will re-use asphalt millings from the demolition of the existing Taxiway L as a base material for the new pavement section,” according to the press release. This is expected to reduce the number of trips the dump truck has to take for the construction of new material.

Kuykendall said that the impacts of the construction on commercial flight activity will be infrequent but there will be a shift in nighttime operations and flight paths. 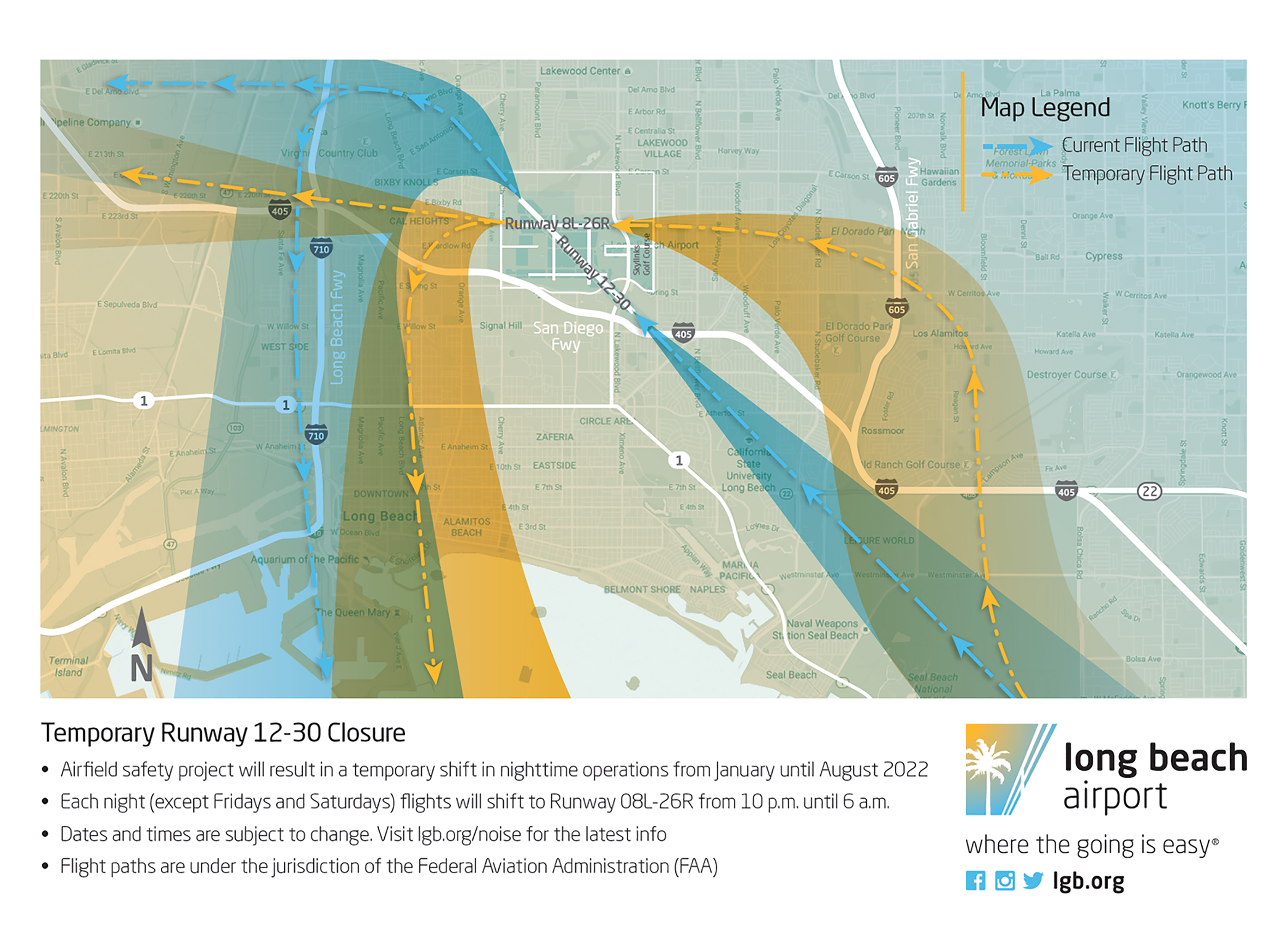 Flight paths are expected to change as major construction is set to begin at Long Beach Airport during the first week of January. Photo courtesy of LGB.

Due to Long Beach Airport having one of the strictest noise control ordinances in the nation, all commercial flights are scheduled between 7 a.m. and 10 p.m. Operations between 10 p.m. and 6 a.m. are only permitted if delays have occurred, oftentimes due to weather.

However, LGB houses other aircraft that are not commercial, including government, medical and military, Kuykendall said.

Editors Note: This story was updated with information from a Long Beach Airport spokesperson.