From Zoom meetings to whatever new movie’s now streaming, with Alexa listening in and your Ring doorbell keeping watch, look up from whatever device you’re reading this on and acknowledge one simple fact: We’re all living in an increasingly digital world.

People have never had access to so much information so quickly, and that can be overwhelming. With so many distractions—and with our personal and professional lives mixed together on hard drives and computer screens—how does one stay focused and productive in this new online ecosystem?

Long Beach-based author Tiago Forte says he’s got a solution to those challenges and more, outlined in his recent book “Building a Second Brain: A Proven Method to Organize Your Digital Life and Unlock Your Creative Potential.” 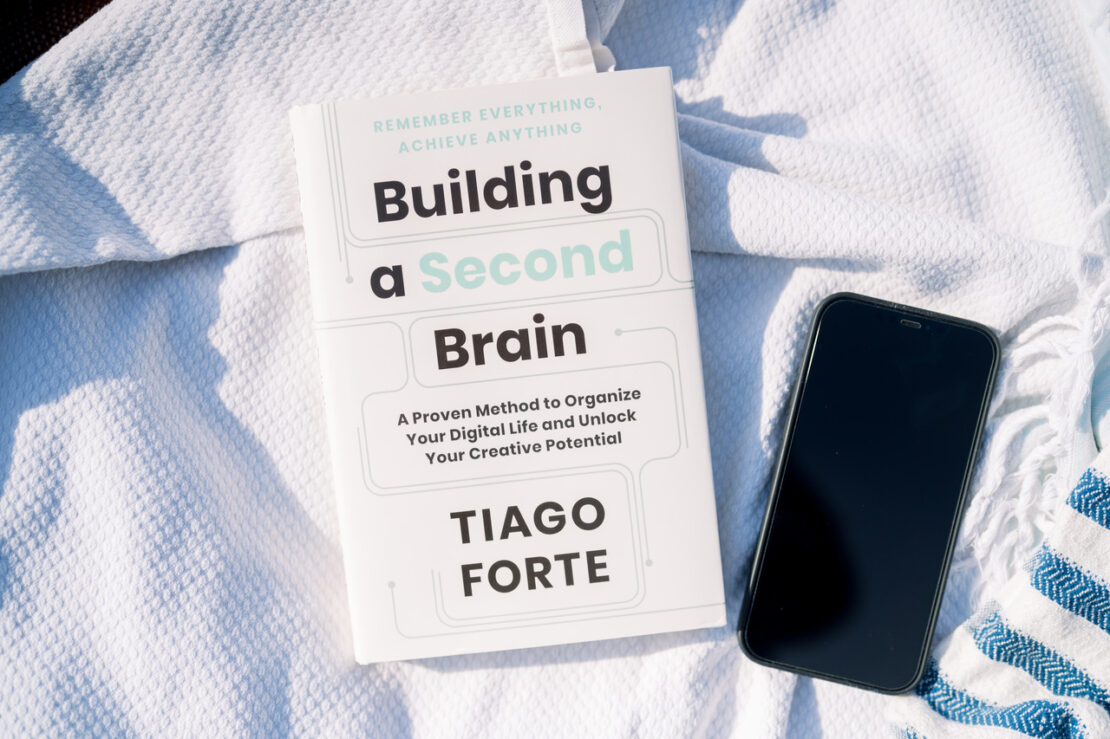 Forte has spent more than a decade researching and experimenting with different methods of staying organized and productive and has been sharing it with readers across the world. That research started almost out of necessity when Forte suffered a mysterious medical condition in his early 20s. As an undergraduate student at San Diego State, he began experiencing chronic pain and tension in his throat and neck which led to a litany of doctor’s visits and paperwork he needed to manage.

“I’ve always been into organizing things, collecting things, putting things into order and structure, ever since I was a kid,” Forte explained. “So that crisis and the need to manage this unbelievable amount of paperwork and insurance stuff, this crazy amount of information you have to deal with, that collided with my tendency to organize and collect.”

He began scanning all his notes and documents into his computer so he could annotate, arrange and easily search for the information he needed. Once he overcame his medical condition, he saw a way to use his recently developed skills in different ways.

Forte spent five years teaching an online course titled “Building A Second Brain,” a program that has produced over 5,000 graduates from 100 countries. While he saw that there was a legitimate demand for the course already, things changed drastically in March of 2020, when a lot more people suddenly had an interest in managing their digital lives.

“What really put it over the top was COVID,” Forte said. “The business and my career just completely took off in 2020, because suddenly everything was exacerbated. People were spending more time on computers, more Zoom calls, more information. So many other parts of life were kind of put on hold and our digital lives became our lives.”

Turning the idea of “Building a Second Brain” into a book was a three-and-a-half year process, which culminated with its release back in June of this year. Forte said he was blown away by how the project was received, including a spot on the Wall Street Journal bestseller list and recognition as an Amazon editor’s pick for June.

Forte said the book is in the process of being translated into 15 different languages and is enjoying a sizable release in libraries, bookstores, airports and magazine stands around the world.

“It’s already gone so much further than I ever imagined,” Forte admitted. “I really set out to solve a problem that I thought was extremely niche, for very few people. And here we are publishing this book in 15-plus countries. So it’s already surprised me many times.”

Currently, Forte is producing online courses in his home studio—a converted two-car garage at his home in Long Beach. He hopes to continue to build out a full suite of products revolving around the concept of a second brain.

In short, he’s looking to help people apply some of the same ideas that gained popularity in recent years with Marie Kondo’s KonMari Method but to apply them outside of someone’s physical space and straight into their digital lives.

“People will put endless hours into the design of their offices, bedrooms, living rooms and kitchens, and yet they open their computer and it’s an absolute chaotic disaster,” Forte said. “I’m asking questions like, ‘What does it mean to organize your digital life or workspace in a way that actually creates space of mind and helps you reach your goals? Helps you be mindful, helps you be calm. It’s something that I don’t think has been addressed this directly before.”

To get more information on “Building A Second Brain” or to order a copy of the book, visit ForteLabs.com.