Multiple Long Beach fire crews were dispatched to a structure fire at a commercial building in a strip mall in North Long Beach Friday afternoon.

The fire started in one unit, and jumped to another unit and an attic, he said, adding that crews extinguished the blaze by 12:40 p.m.

No one was inside the building and no injuries were reported, Fisk said. Investigators were on the scene to determine a cause.

Some witnesses said they smelled the smoke in the air.

“I only smelled the smoke and then I heard the windows break and smoke went out, so I called the firemen,” said Ana Chavez, a neighbor who had been having a yard sale.

A neighbor told the Post that the structure that burned was recently vacant, but had in the past served as a food distribution center for the homeless. 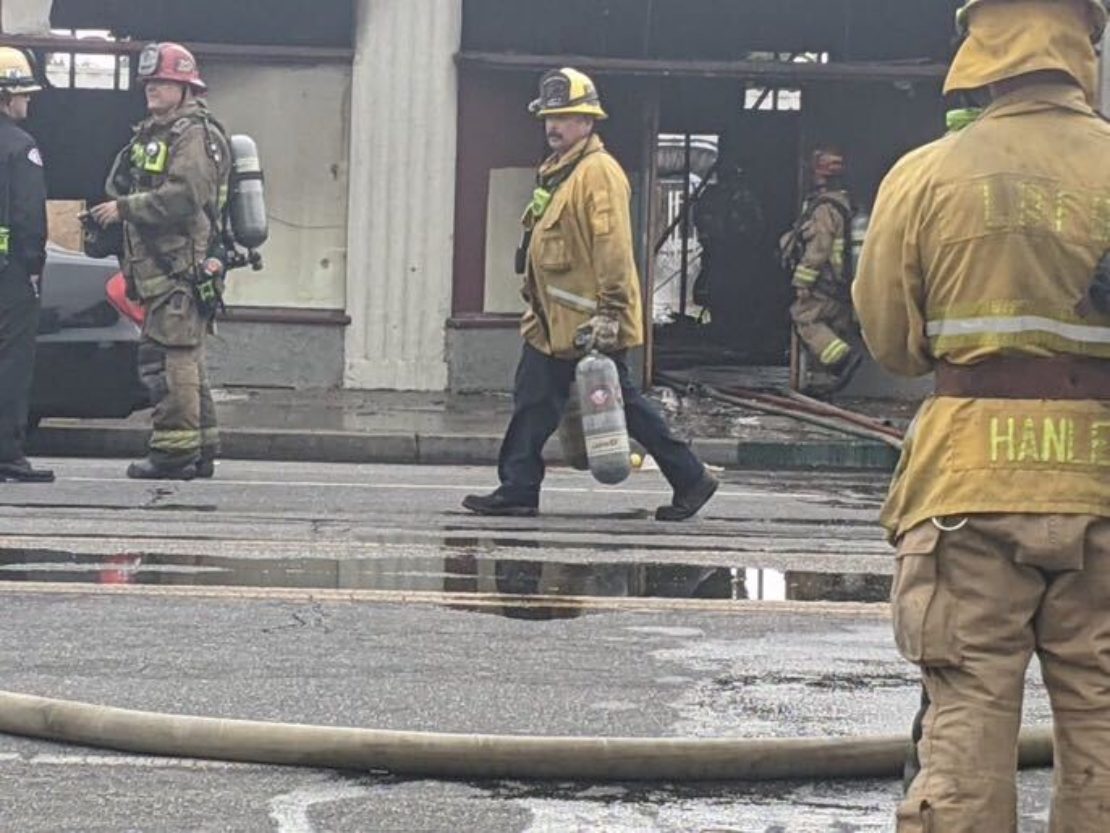 Long Beach fire crews put out a blaze that sparked inside an apparent food-distribution center in North Long Beach on Friday, Oc.t 9, 2020. Photo by Valerie Osier.

This story will be updated when more information is available.