The project is one of a handful of city-funded repairs this year estimated to cost a total of $5 million. The ship remains closed while repairs are underway. The city is hoping to reopen the Queen Mary later this year. 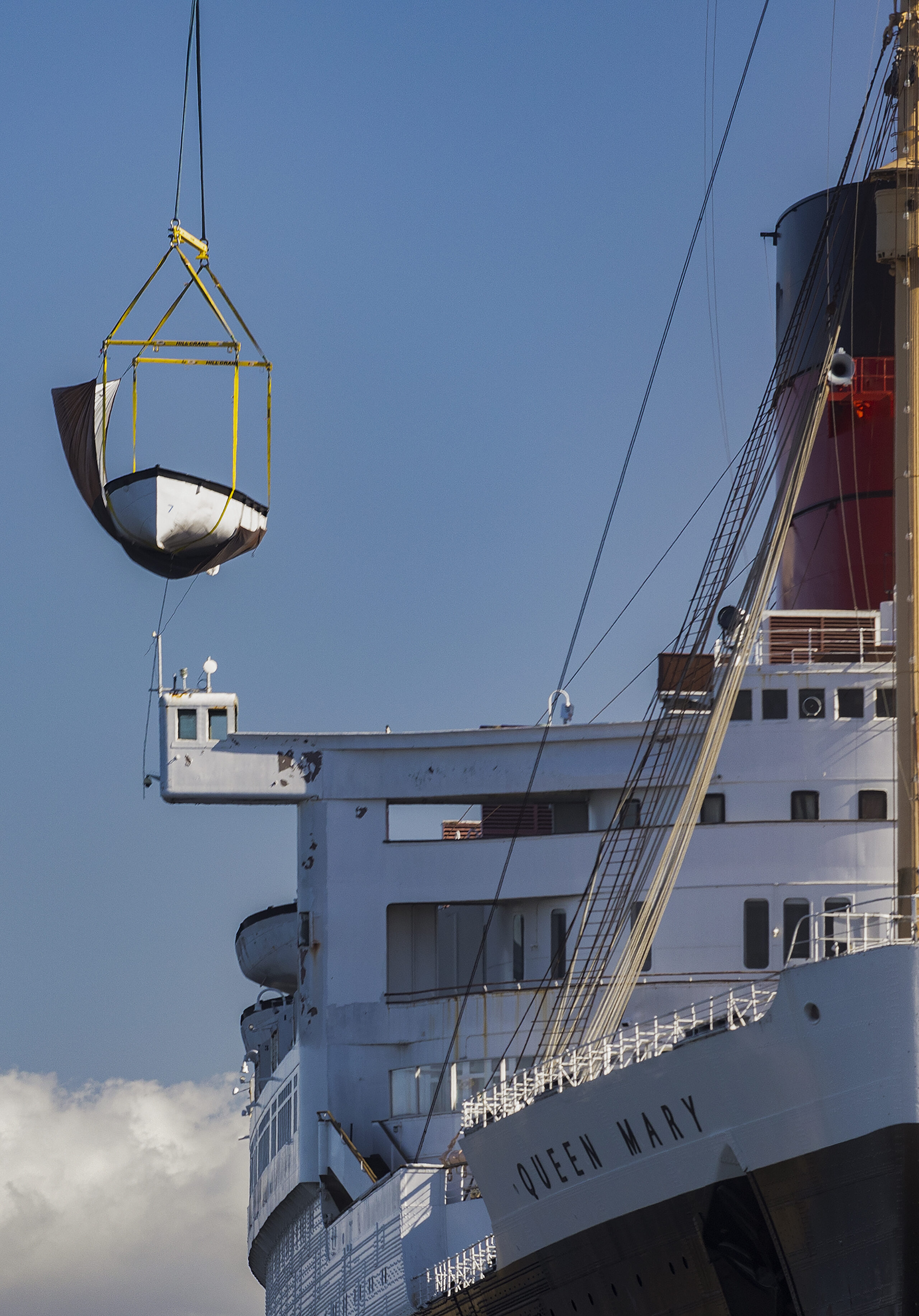 A lifeboat from the starboard side of the historic Queen Mary ocean liner is removed Wednesday, Feb. 16, 2022. Photo by Brandon Richardson.

The lifeboats were a top priority because of their deteriorated condition and potential damage to the vessel’s structural integrity, city officials said. Moreover, the Queen Mary’s longtime former inspector for years had warned that they were in danger of cracking off and falling.

The city has contracted with Exbon Development, Inc. to remove 20 boats, while two will be retained for preservation. Thirteen of the lifeboats will be stored while the city determines if any museums or nonprofit organizations want to acquire one.

The boats on the port side were removed last week, while a massive crane on Wednesday worked to remove the boats on the starboard side, which faces the city skyline. 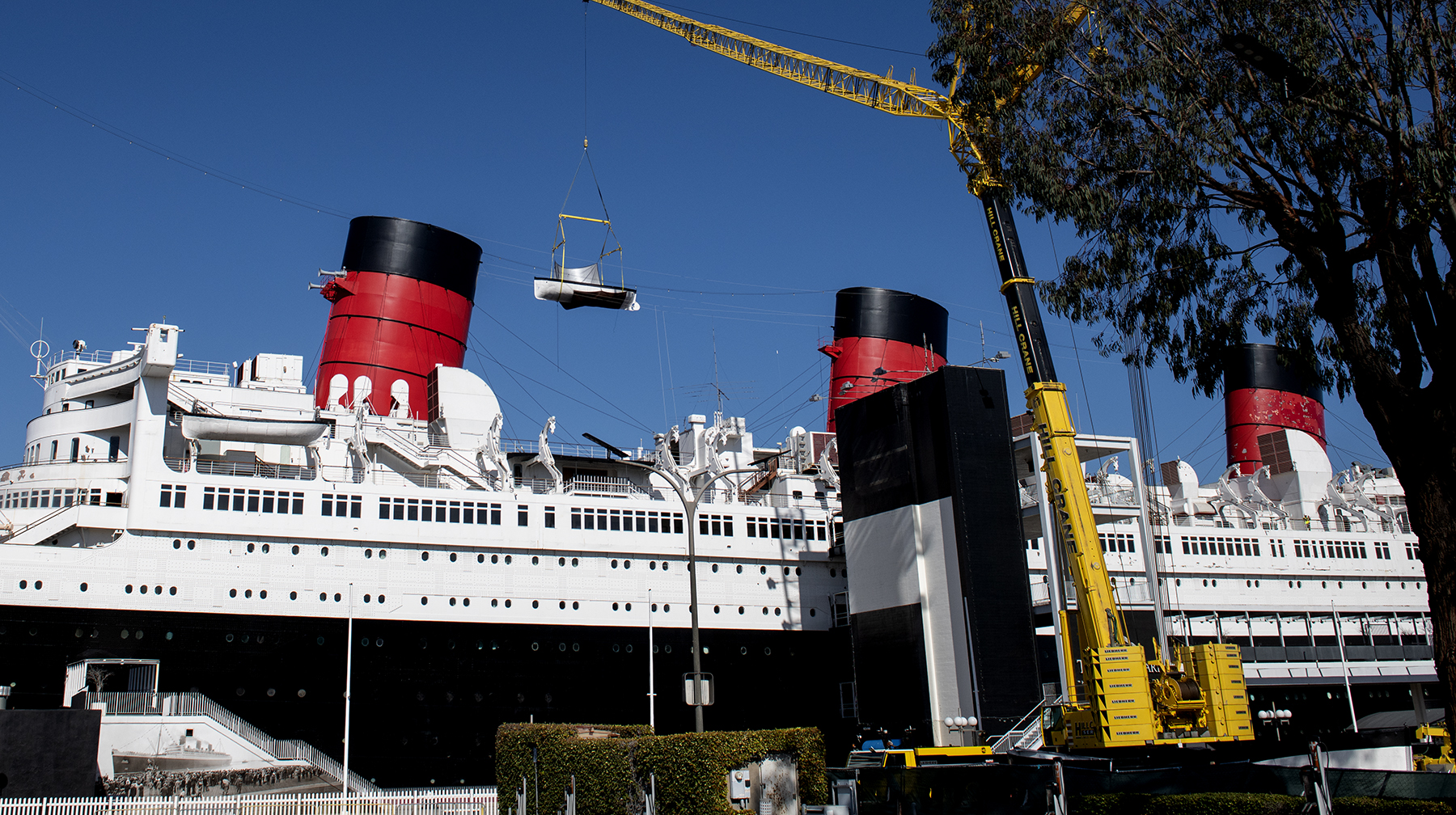 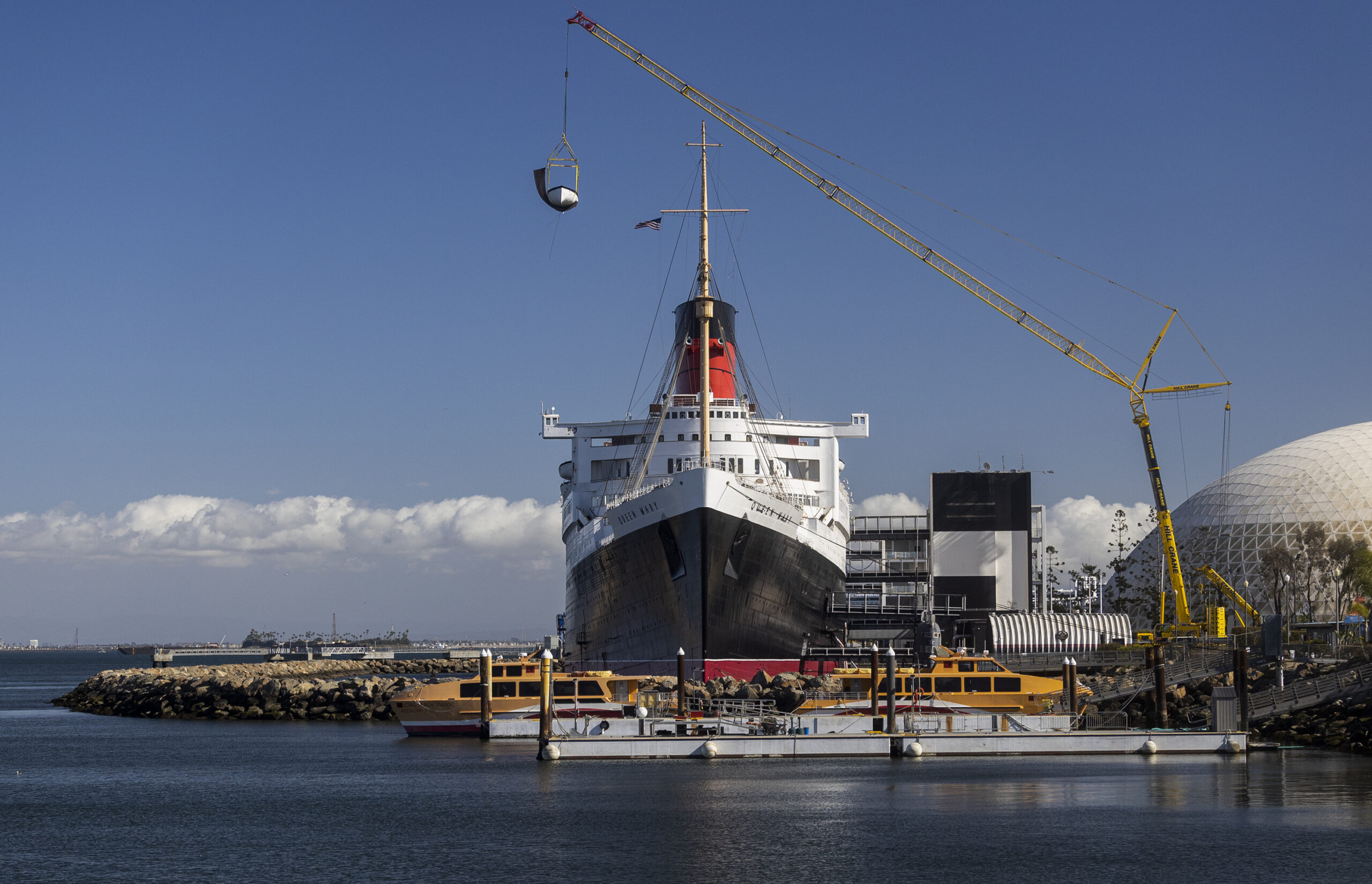 A crane removes a lifeboat from the starboard side of the historic Queen Mary ocean liner in Long Beach Wednesday, Feb. 16, 2022. Photo by Brandon Richardson.

Long Beach owns the Queen Mary but for decades has leased the ship to a string of operators who neglected critical repairs. The city took over full Queen Mary operations last year when former operator Urban Commons declared bankruptcy and abandoned its lease agreement.

“It is our responsibility to preserve the Queen Mary and ensure this historic landmark is properly cared for,” Mayor Robert Garcia said in a news release last month. “Now that the city has full oversight and control of the Queen, it’s important we make the critical repairs needed.” 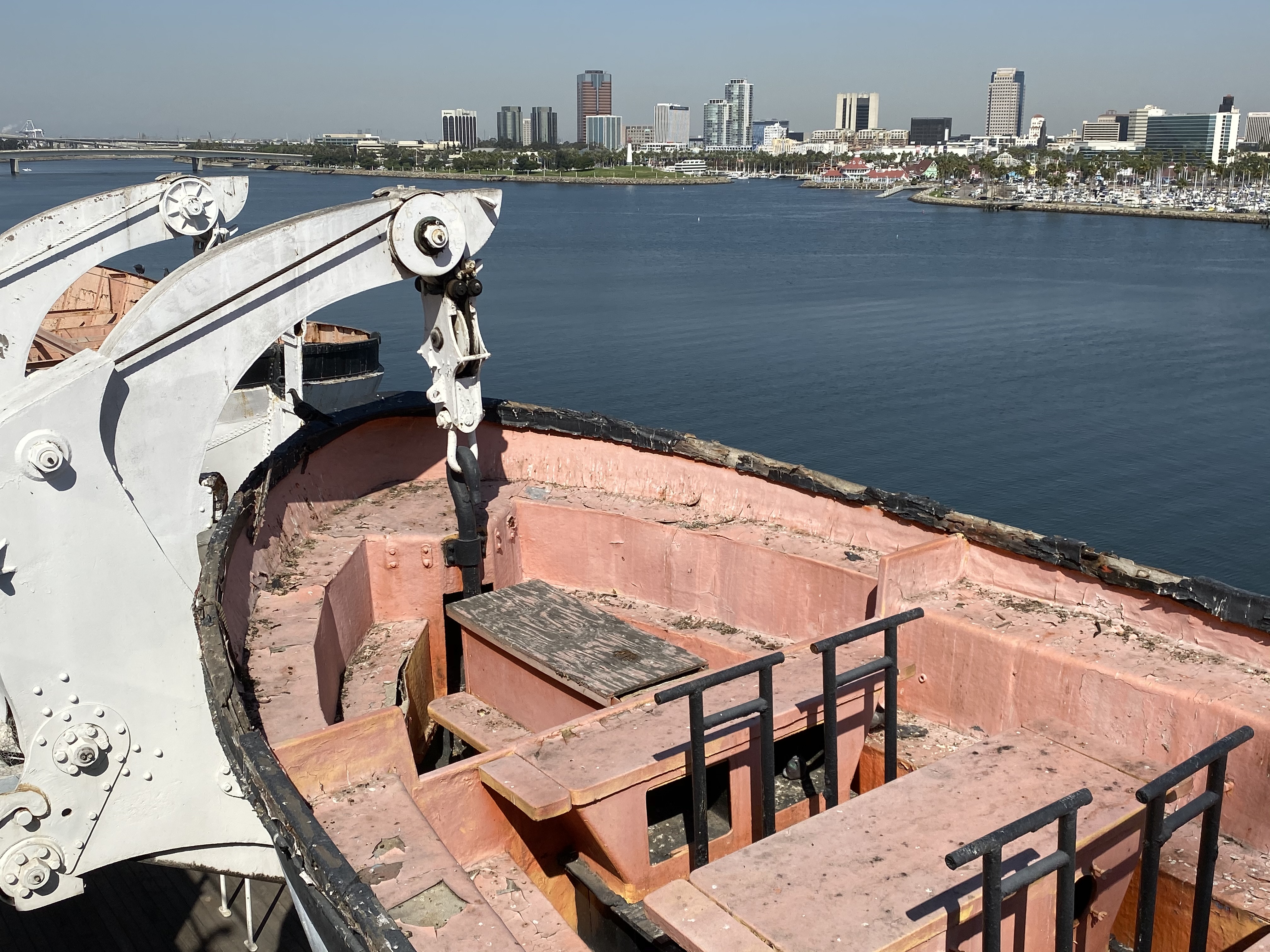 One of 22 corroded lifeboats suspended on the Queen Mary in 2019. Photo by Kelly Puente

The city is also planning to install new bilge pumps to discharge water and prevent flooding. Future repairs will include stabilizing bulkheads, installing an emergency generator and improving the water intrusion warning system.

The first $2.5 million in repairs came from Tidelands Funds in the Fiscal Year 2022 budget, while the City Council will consider an additional funding request later this year.