Severe lapses in patient care at Long Beach Memorial earlier this year spurred multiple investigations of the hospital, one of which led the medical center to temporarily fall afoul of U.S. Centers for Medicare & Medicaid Services requirements.

The federal agency, known as CMS, has since restored the hospital’s good standing, but investigations by two other agencies—The Joint Commission, which is an independent nonprofit that accredits hospitals (though accreditation is not mandatory for health facilities), and the California State Board of Pharmacy—are still ongoing.

Both agencies declined to comment on whether they’re investigating Memorial, but the Post has independently obtained emails from the nonprofit and state board that confirm the probes.

It’s unclear what potential consequences could be in store for Memorial as a result of these investigations. The state pharmacy board does have the power, however, to revoke hospitals’ pharmacy licenses. The Joint Commission can similarly withdraw its accreditation, though a Wall Street Journal analysis found that it did so for less than 1% of about 350 hospitals with serious violations between 2014 and 2016.

The outcome of the CMS investigation, though, ended in Memorial’s favor. Months after the agency suspended the hospital’s “deemed status,” a distinction that signifies whether a medical center meets Medicare and Medicaid requirements, CMS reinstated that status on July 28, according to Memorial spokesperson Richele Steele.

While Memorial could have lost its Medicare funding as a result of the CMS investigation, the hospital continued to receive that funding throughout the probe, Steele confirmed.

“The hospital is dedicated to improving the health of individuals, families and our community through excellence in patient care, education and research,” Steele said in an email.

The scrutiny of the hospital and its patient care is the result of complaints that Long Beach resident Rosemary Davis, 60, submitted earlier this year to various agencies, including the California Department of Public Health, after the death of her 83-year-old mother, Margaret Davis, while in the hospital’s care. The Southern California News Group first reported the story.

In response to Davis’ complaint to the CDPH, state inspectors spent nine days—April 12 to April 20—at Memorial reviewing the records of 33 patients and conducting interviews with staff. They identified two incidents that put patients in “immediate jeopardy,” meaning they were at risk of serious injury or possible death.

In both cases, the patient died in the hospital’s care.

In a 33-page report obtained by the Post, the CDPH outlined a list of issues at Memorial, the most significant of which were the two immediate jeopardy cases.

Davis’ 15-page complaint, which she sent to health officials on March 22 and has shared with the Post, includes allegations that hospital staff administered the chemotherapy drug anastrozole, often used for breast cancer patients, to Margaret, who was admitted for heart-related health issues.

In addition to incorrect medication, Davis said her mother was subjected to physical therapy despite her heart condition and a doctor’s order to remain on bed rest. Davis also gave a detailed account of issues with her mother’s diet while at the hospital, which she said twice almost put her mother in a diabetic coma.

Davis said she watched the rapid deterioration of her mother—both physically and mentally—during her time at Memorial.

“I was horrified,” Davis wrote to the CDPH. “My self-sufficient mother was so impaired she could not lift a plastic spoon to her mouth.”

Ultimately, Margaret suffered an infection, which turned to septic shock.

“My mother died alone,” Davis wrote to the state, “and I never got to say goodbye to her.” 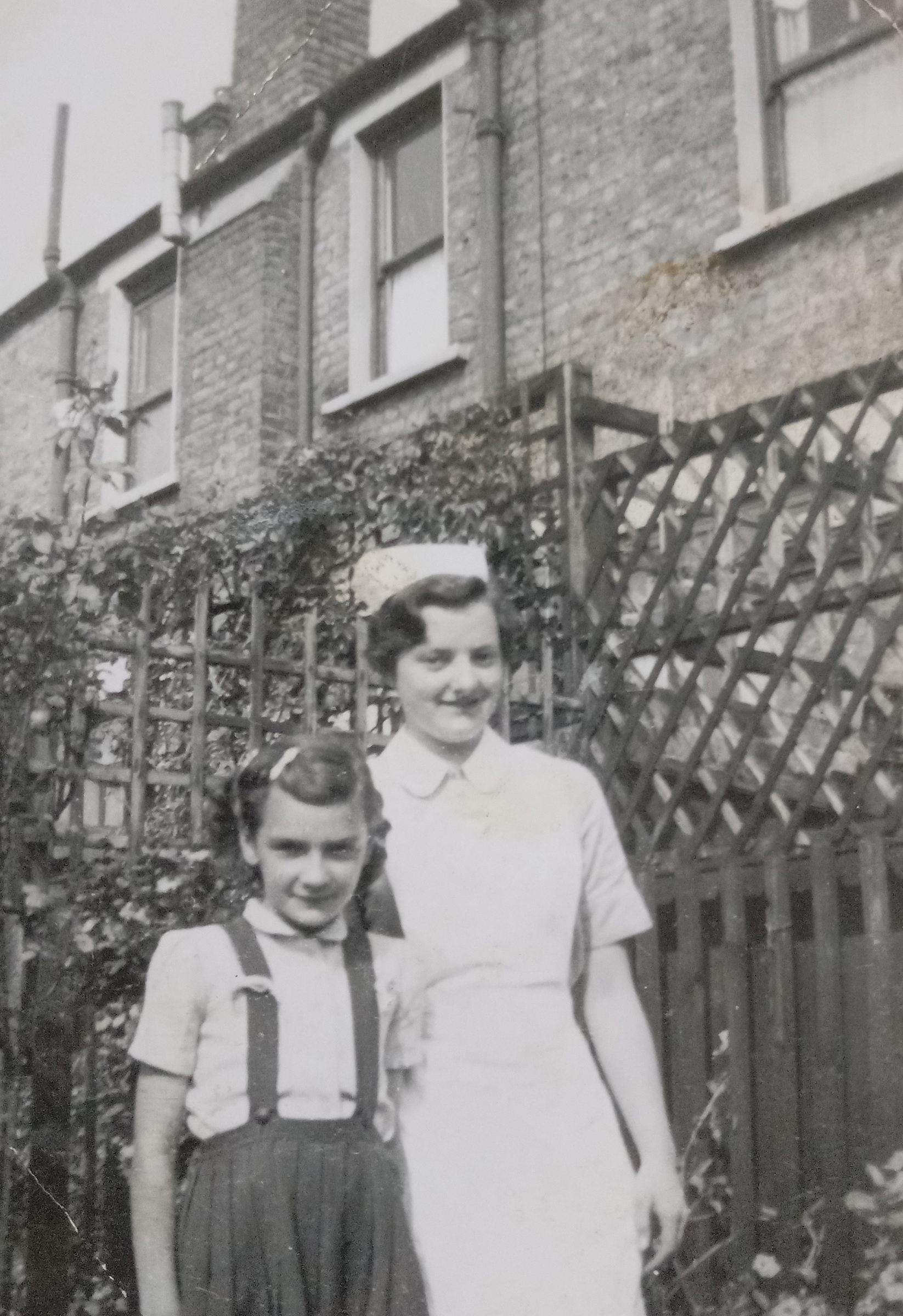 Margaret Davis, right, worked as a nurse in England in the 1950s. She died at Long Beach Memorial this year after a series of lapses in care, according to the California Department of Public Health. Courtesy photo.

The second immediate jeopardy incident occurred in March when a person with dementia, identified as “Patient 1” in the CDPH report, was admitted after falling at their assisted living facility. The patient, who was classified as a “high fall risk,” fell again at Memorial while attempting to walk unassisted, which led the patient to suffer a hip fracture.

Despite an orthopedic surgeon’s recommendation for surgery, which was deemed risky—but notably no more so than doing nothing—the hospital opted to place Patient 1 in “end of life care.” The patient died on March 19.

The CDPH notified hospital officials of the immediate jeopardy incidents on April 12 and 19, according to Steele. Staff quickly developed and implemented “plans of correction,” she said.

The hospital used “a multi-disciplinary, shared-governance, team approach” to “develop tools, pathways, processes and methods of accountability for our providers at the bedside,” according to Steele.

Each plan included “significant actions to remedy the deficiencies that CDPH reported to the hospital,” Steele added, but she did not provide additional details.

The two immediate jeopardy citations that the CDPH issued to Memorial earlier this year were the first for the hospital since 1998, the oldest available data on the department website. The incidents account for 40% of such citations that the Long Beach area’s seven acute care hospitals (including the recently shuttered Community Hospital) have received over the past 24 years.

College was fined $42,707 after a patient was injured or killed during a physical assault in the hospital in September of last year. St. Mary paid $50,000 in 2016 after a patient either died by suicide or attempted to die by suicide. And in the case that appears to be most similar to one of Memorial’s incidents, Los Alamitos paid $15,000 in 2008 when a patient died after falling in the hospital.

The CDPH declined to comment on what fines Memorial may face for this year’s incidents.

While the CDPH investigation now appears to be settled, the probes by the Joint Commission and the California State Board of Pharmacy continue.

In an Aug. 2 email to Davis, the Joint Commission said surveyors conducted an onsite review the day before, on Aug. 1. The Illinois-based commission did not provide details of its findings, citing the Illinois Medical Studies Act, which prohibits disclosures to third parties.

The pharmacy board investigation, meanwhile, began shortly after Davis filed her complaint, according to an email the board sent her on April 7. The email noted that the board strives to complete its investigations within six months but said that more complex cases can take longer.

Disciplinary action by the pharmacy board is not uncommon. Most action, however, is taken against individual pharmacists and standalone pharmacies rather than hospitals, according to state data. Of the hundreds of actions the board has taken since 2018, only about two dozen have been related to hospitals.

The board can discipline individuals or facilities in a number of ways, including issuing public reprimands, as well as restricting, reproving, suspending or revoking a pharmacy license.

Steele has declined to comment on whether there is a connection between the investigations and the resignations. 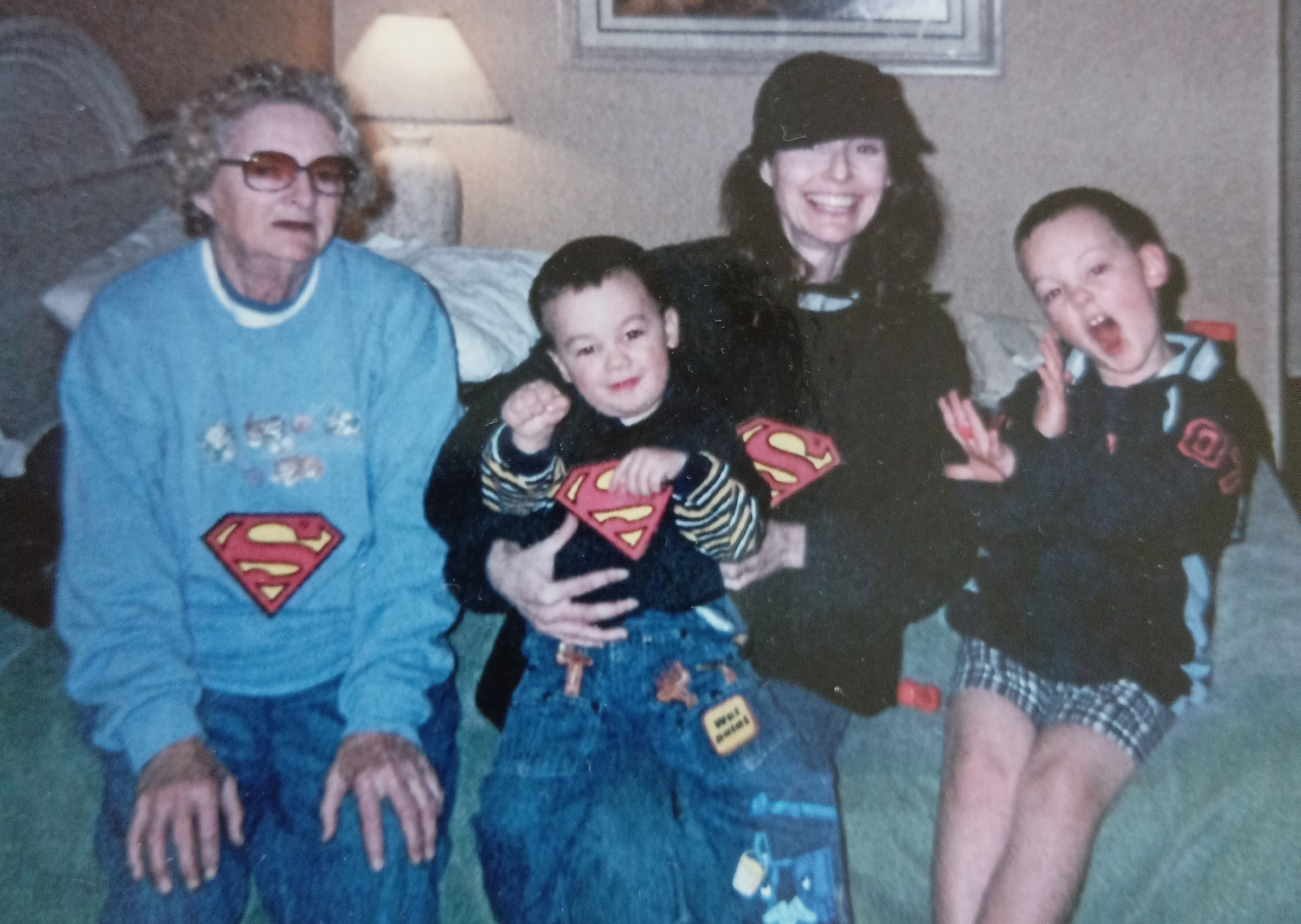 Margaret Davis, left, with her daughter Rosemary and two of her grandchildren in 2005. Courtesy photo.

Davis, meanwhile, is left dealing with the fallout.

Navigating the agencies’ red tape—a task that the offices of Los Angeles County Supervisor Janice Hahn and state Sen. Lena Gonzalez have assisted her with—has prevented Davis from being able to take the time to cope with the loss of her mother.

Adding to her pain, she said, the bureaucracies’ lack of personal touch at times verged on callousness.

“I got a message looking for feedback from my dead mother,” Davis said, noting that the call from Memorial staff came after the CDPH report was completed. “What kind of people would call a grieving family member and be so disinterested in the facts? So unaware of who my mother is that they are calling to get feedback from her after she died?”

For the hospital’s part, Steele said Memorial is committed to doing whatever it can to ensure patients remain safe and receive high-quality care that they and their families expect and deserve.

“We take the responsibilities of our role very seriously, and we value the trust that our patients and their families place in us,” Steele said.

Davis, for her part, initially told the Post she was not looking into a lawsuit against the hospital. But conversations with friends have led her to seek legal counsel, and she is now considering a personal suit as well as a class-action lawsuit if more families come forward with accusations of malpractice.

“The loss of a parent is always a traumatic experience but her death, it wasn’t a normal death; it’s more like she was the victim of a crime,” Davis said.

“I just can’t believe any part of this nightmare is real,” she added. “I don’t believe she should be dead.”