Police are asking the public for help identifying a suspect in a burglary at the Leisure World retirement community in Seal Beach last month.

The suspect, who authorities described as a 6-foot-tall White man, approximately 40 years of age, is being sought after police said he stole tools and a truck from the community at 13533 Seal Beach Boulevard.

At around 5 a.m. on Sunday, July 24, the suspect entered Leisure World’s maintenance yard and went into a workshop where he loaded a cart with tools before putting them into a white pickup truck, which he then stole, according to the Seal Beach Police Department. 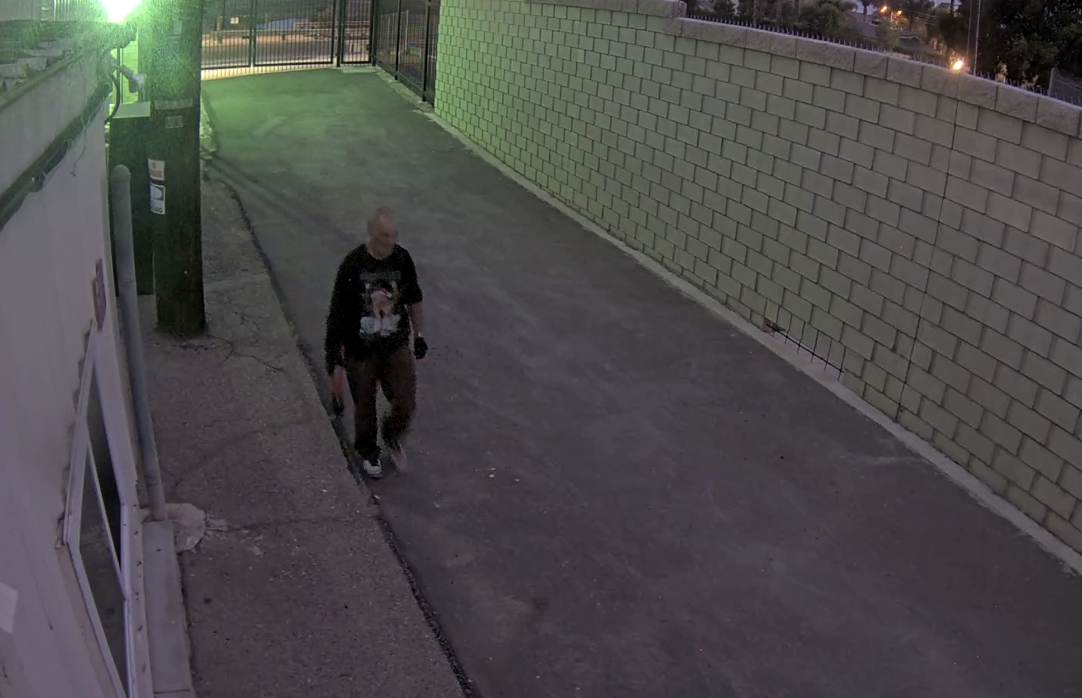 The suspect, who police say stole from a retirement community in Seal Beach last month captured on security footage seconds before loading up several tools onto a truck. Photo courtesy of the Seal Beach Police Department.

Video of the burglary shared by the SBPD shows the suspect, who has a closely shaved head, wearing gloves as he loads tools onto the truck.

The truck was later found abandoned in the city of Carson by Los Angeles County sheriff’s deputies. The tools were gone, according to the SBPD.

Anyone with information is asked to contact Detective Sergeant Chris Hendrix at 562-799-4100 ext. 1112 or [email protected].