Long Beach has agreed to pay $250,000 to settle a lawsuit alleging a police officer was negligent when he unintentionally shot a man outside a music festival at the Queen Mary in February 2019.

The City Council approved the settlement during its closed-session meeting Tuesday night, according to an announcement from Long Beach City Attorney Charles Parkin.

A judge must still officially dismiss the case, but the settlement essentially ends the lawsuit from Anthony Garcia, who was shot in the arm after a routine conversation quickly spiraled into a guns-drawn car stop.

Garcia was driving a Honda Civic leaving the festival around 11:30 p.m. when he passed by an officer who was helping control the flood of traffic—in this case by giving Garcia directions to the freeway.

When the officer saw Garcia and the four passengers in the car had some open beers, he took a closer look and noticed a passenger in the back seat had a handgun partially hidden between his legs, according to his report.

The officer quickly snatched the gun, drew his own sidearm and called in other officers to help empty the car. Meanwhile, Garcia and the four passengers with him kept their hands up while the officer ordered them not to move, according to his report.

As police swarmed, motorcycle Officer Suradech Sriwanthana pulled up in front of the car, pointed his gun and tried to flip on a flashlight connected to the weapon. The switch was on the gun’s handle, directly below the trigger where it’s meant to be activated by an officer’s middle finger, according to police reports. 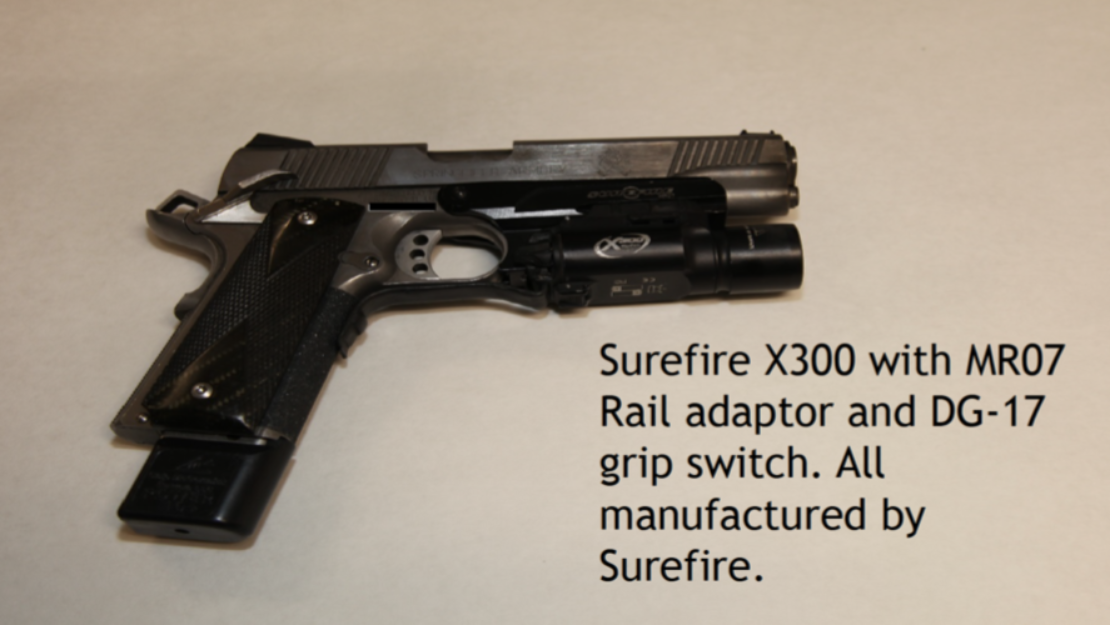 Instead of just turning on the light, the officer fired.

Sriwanthana told investigators he struggled to properly hit the switch because he was wearing bulky cold-weather motorcycle gloves, which he normally doesn’t use. He told them he doesn’t remember pulling the trigger but realized he’d fired after feeling the recoil from the gun.

The bullet hit Garcia in the forearm, causing “serious, debilitating, and permanent injuries” including “loss of strength, loss of range of motion, severe and on-going pain,” according to Garcia’s lawsuit.

After the gunshot, police ordered Garcia and his passengers to get out of the vehicle one by one. They took Garcia to the hospital and arrested one of the back-seat passengers on suspicion of carrying a loaded firearm.

Garcia sued for negligence, among other things, in January 2020, and the city soon admitted in court documents that he had a viable case where Long Beach would “almost certainly end up admitting liability.”

His mistake wounded someone and placed others at the scene in danger, but also “may have injured the public’s trust, confidence, and image of the Long Beach Police Department,” an LBPD lieutenant handling the case wrote. “It also had potential to impact the image and reputation of the law enforcement profession overall.”

Sriwanthana has appealed his discipline, according to the Long Beach Police Officers Association, but the Civil Service Commission, which adjudicates those appeals, has been unable to hold hearings during the pandemic.

Sriwanthana’s employment with the LBPD ended in December, a spokesman for the department told the Press-Telegram.

The Los Angeles County District Attorney’s office has decided not to pursue any criminal charges against Sriwanthana, according to police documents.

Editor’s note: This story has been updated to show Sriwanthana is no longer employed by the LBPD.