When all eyes were on Inglewood to watch the Rams beat the Bengals, everyone watching got a healthy dose of Long Beach—whether they realized it or not.

LBC’s Snoop, of course, stole the show at halftime, but the game also kicked off with another super famous Poly High School grad. Billie Jean King—who reps her hometown as hard as anyone—handled the coin toss. 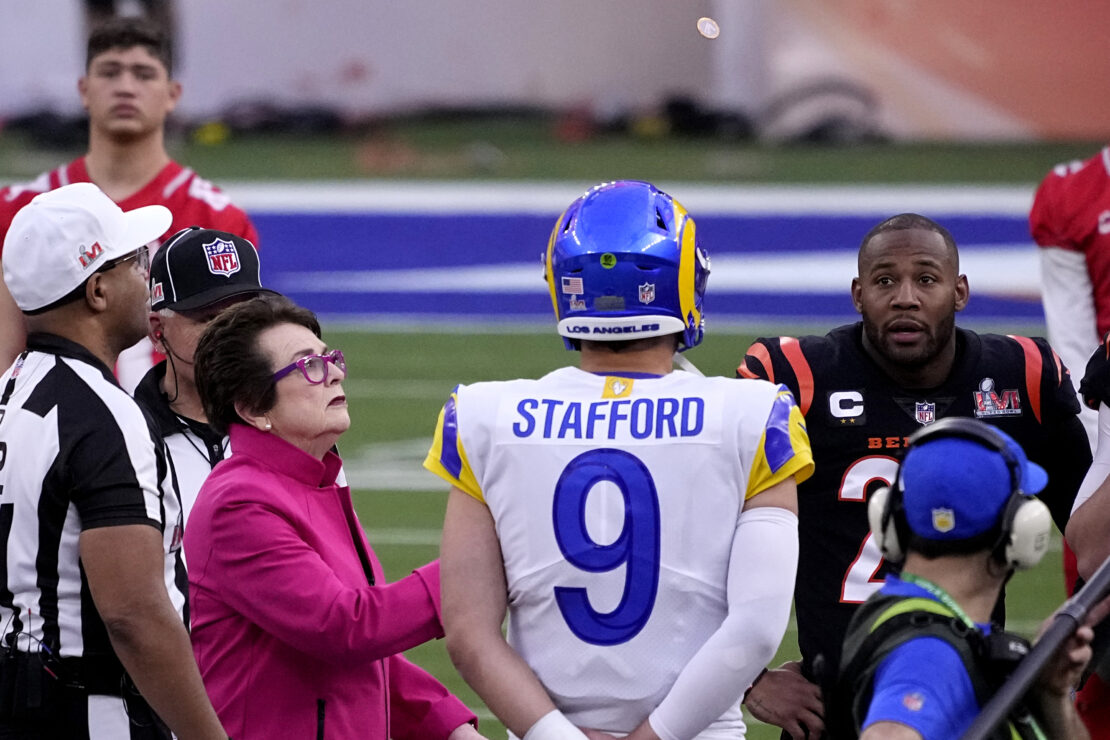 And maybe you missed it, but Poly alum Gracie Sprout was the one playing the harp during Jhené Aiko’s performance of “America the Beautiful.”

And even though Tam’s #21 is a little out of town at Rosecrans and Central in Compton, we’re going to claim it because Long Beach has two Tam’s of its own.

There’s only one other burger joint that would’ve actually improved the halftime show.

Lastly, probably the biggest role Long Beach played didn’t actually get any airtime during the game, but it was the most crucial. Poly’s Jackrabbits took the field before the Rams or the Bengals so production crews could essentially do a practice run for the real Super Bowl.

STORY: The Long Beach Poly football team got to serve as NBC's scout team for the Super Bowl. The Jackrabbits went through a whole simulated Super Bowl Friday to help NBC lock in their camera angles and production processhttps://t.co/yEWzOYh3Ox pic.twitter.com/rzU2Q8G3id

I love this!🐰 Proud of everyone representing @LongBeachCity at the Super Bowl.