The Long Beach Water Department approved an agreement this month to acquire two properties near an existing well site in West Long Beach as it aims to build a new potable water treatment facility that would treat groundwater there.

The two acquired properties on Delta Avenue between Wardlow Road and Cameron Street, which were authorized for purchase for no more than $1 million, will now allow the construction of the facility, starting with the existing well dubbed the West Coast Basin Well No. 1, which was drilled in 2017 and is immediately adjacent to the properties, according to water department documents.

Before the facility can be built, the department must first install 12-inch PVC discharge piping underground for the well, which will begin in the latter half of this year and should run through 2022, Robert Verceles, director of engineering, said via email. The piping will run from the well site to Denver Avenue, then connect to an existing storm drain in Arlington Street, he said.

After that, the department will develop the well for two years and design the above-ground wellhead components and the treatment facility, all of which are tentatively slated for the actual construction phase to start in 2025 and end in 2026, he said. 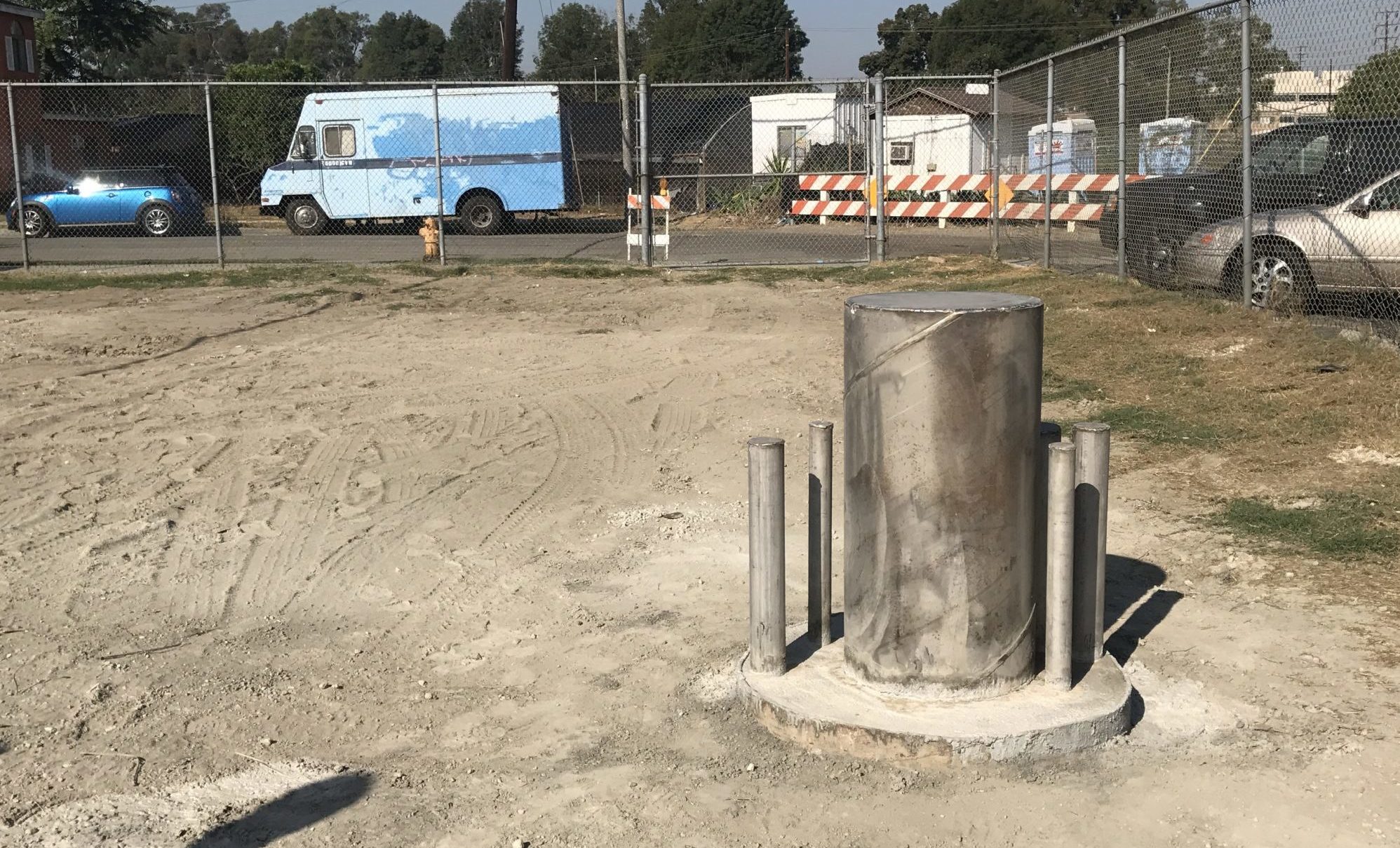 The wellhead of West Coast Basin Well No. 1 sits adjacent to the two Delta Avenue properties in West Long Beach. The well was first drilled in 2017. Photo courtesy of Robert Verceles.

Once the new well is completed, the water department anticipates that it will yield a capacity of 2,000 gallons per minute (or 3,200 acre feet per year), Verceles said.

“This is definitely good news for us and our customers as it will help us gain access to additional local water supplies which are roughly half the cost of having to instead purchase imported water from Northern California and the Colorado River,” water department’s general manager Chris Garner said in an email.

Long Beach currently draws 60% of its drinking water from 30 operating wells throughout the city, according to the water department. The rest arrives imported from the Colorado River and the Northern California’s Bay Delta via the Metropolitan Water District of Southern California, the city’s water wholesaler.

Since imported water costs more, the city has made it a goal to become more water independent, which could keep customers’ water bills from rising as water scarcity in California has grown over the decades.