Long Beach police say they’ve arrested a driver suspected of being under the influence when he struck and killed a 16-year-old boy crossing the street.

The crash happened just after 9 p.m. Saturday. The boy was crossing Los Coyotes Diagonal at Deborah Street, which is just north of Willow Street, when a Chevrolet Tracker SUV hit him in a marked crosswalk, according to police.

“Good Samaritans and officers performed life-saving measures until the Long Beach Fire Department arrived,” but their efforts ultimately failed and the boy died at the scene, the LBPD said in a statement.

Police said the boy is a Long Beach resident, but authorities haven’t yet released his name publicly. On Sunday, a steady stream of mourners visited a roadside memorial for him.

“RIP brother I love you,” one wrote in chalk on the sidewalk. 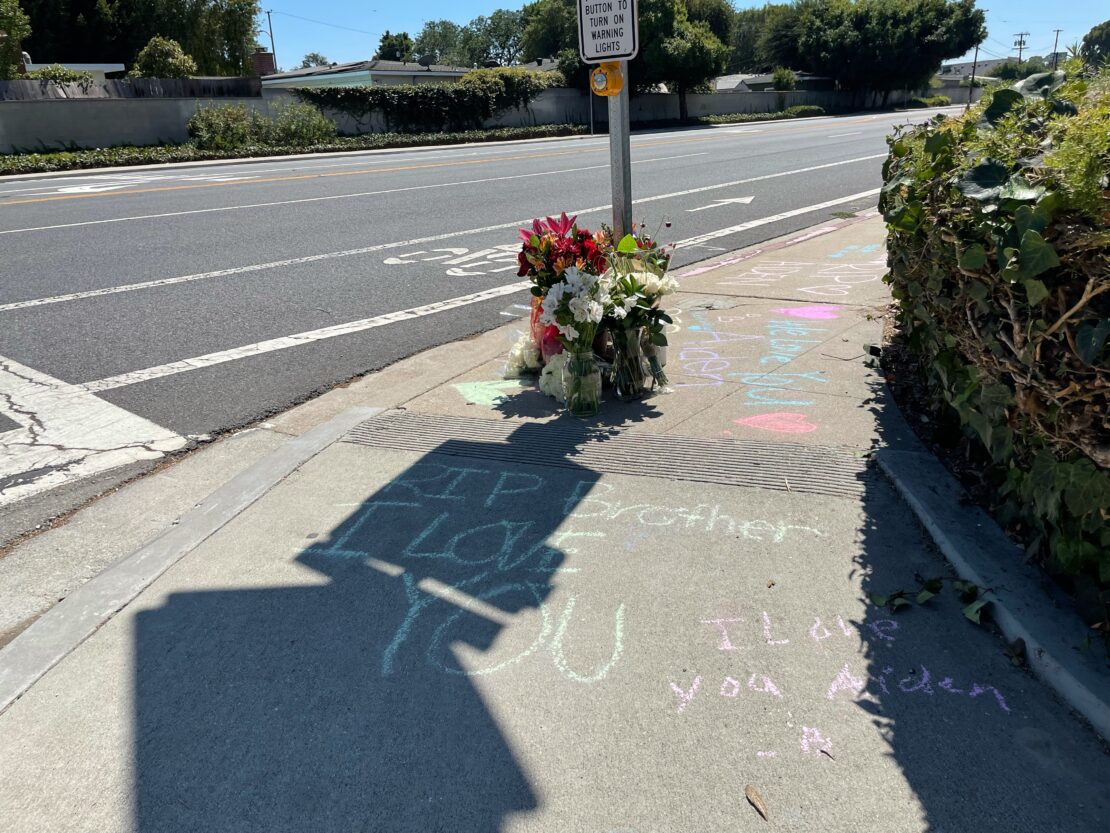 Mourners left messages in chalk for the 16-year-old boy killed while crossing the street on Sept. 4, 2021. Photo by Mike Guardabascio.

Police said the driver was Kevin Chris Dahl, a 33-year-old man who lives in Lakewood.

Dahl was arrest on suspicion of gross vehicular manslaughter and driving under the influence, police said. He’s being held on $100,000 bail, according to the LBPD.

Police asked anyone with more information about the crash to contact Detective Kevin Matter or Detective Joseph Johnson at 562-570-7355.

Editor’s note: This story was updated on Sunday, Sept. 5 with more information from police about the victim and suspect.