Mark Bixby and bicycles were synonymous.

A community leader involved with numerous causes and groups across Long Beach, Bixby was, perhaps, most memorably known as a cycling advocate involved in everything from creating the city’s Bicycle Master Plan, helping start the Long Beach Bike Festival, and championing the city’s national reputation as a bike-friendly city. 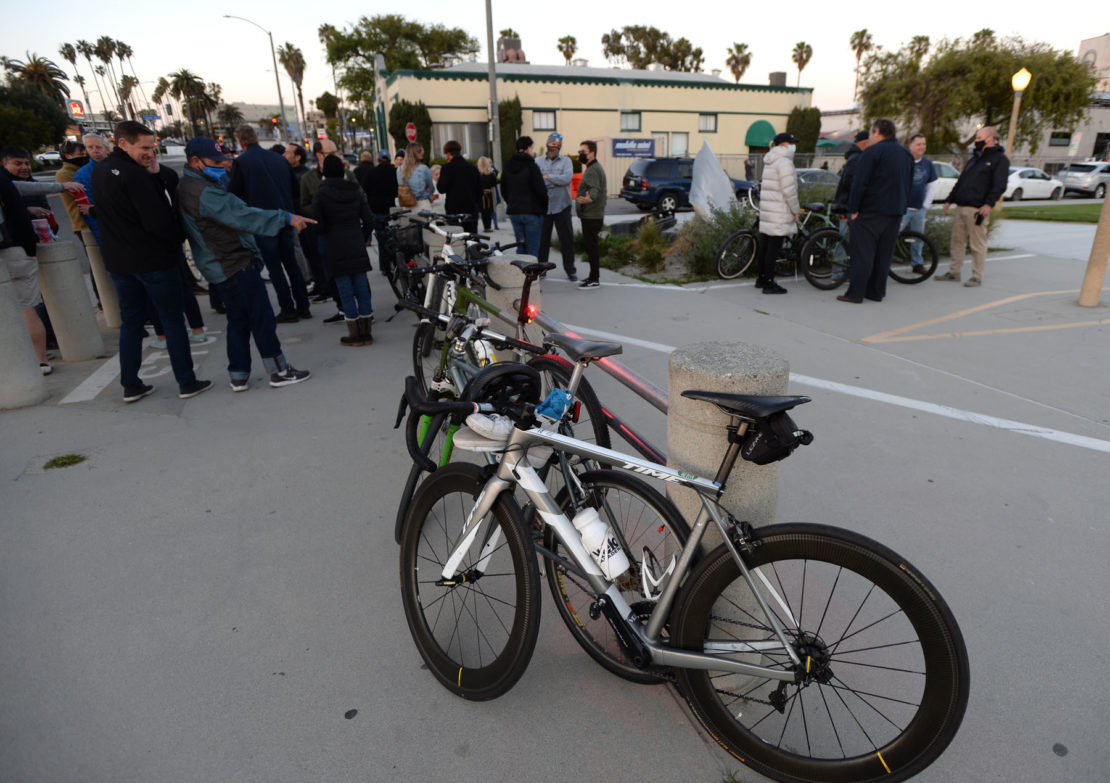 Friends and family gather during a memorial in Belmont Shore Tuesday evening, marking the 10th anniversary of a plane crash that killed five people. Photo by Stephen Carr.

Tuesday evening, family and friends gathered to remember the 10th anniversary of the accident, near a memorial sculpture called “Forming Wave,” at the entrance of the Belmont Pier, designed by local artist Patrick Vogel. 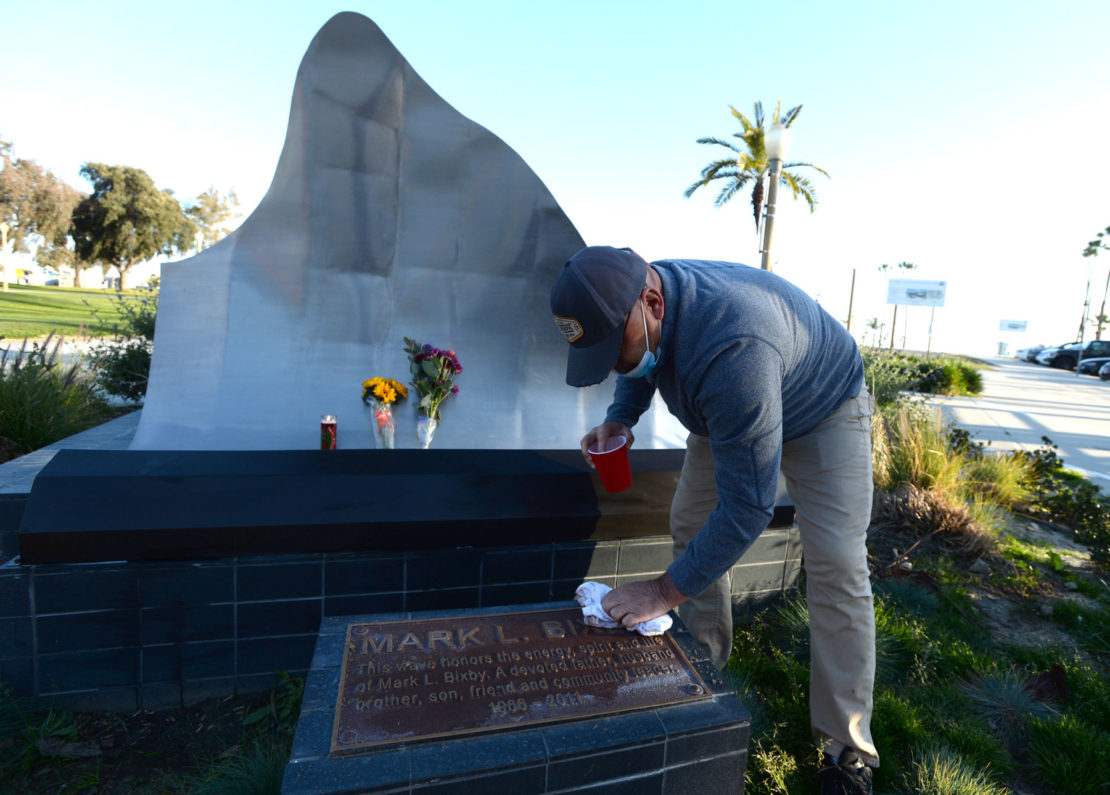 Jeff Cyr, friend of Mark Bixby, cleans Bixby’s memorial, as friends and family gather in Belmont Shore Tuesday, marking the 10th anniversary of a plane crash that killed Bixby and four others. Photo by Stephen Carr.

Around the time of his death, Bixby, who hailed from one of the city’s founding families, was a leading advocate to build a bicycle- and pedestrian-friendly access path on the replacement for the Gerald Desmond Bridge in the Port of Long Beach.

Former state Assemblywoman Bonnie Lowenthal, chair of the Assembly transportation committee at the time, led an effort in the Legislature to name the new path the Mark Bixby Memorial Bicycle Pedestrian Path.

“It’s a privilege, as chair of the committee, to be able to participate in the naming of major infrastructure projects after deserving individuals,” said Lowenthal, who currently serves on the Long Beach Harbor Commission. “When it comes to someone you know personally, who has done so much for our city, it’s a privilege that’s so much more meaningful and challenging.” 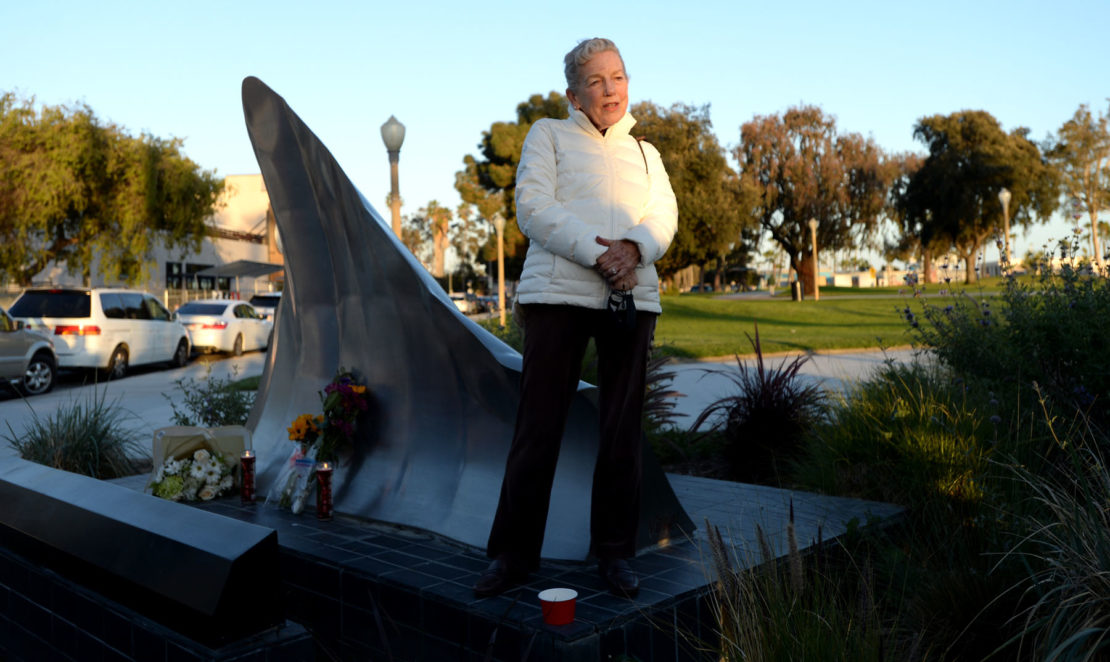 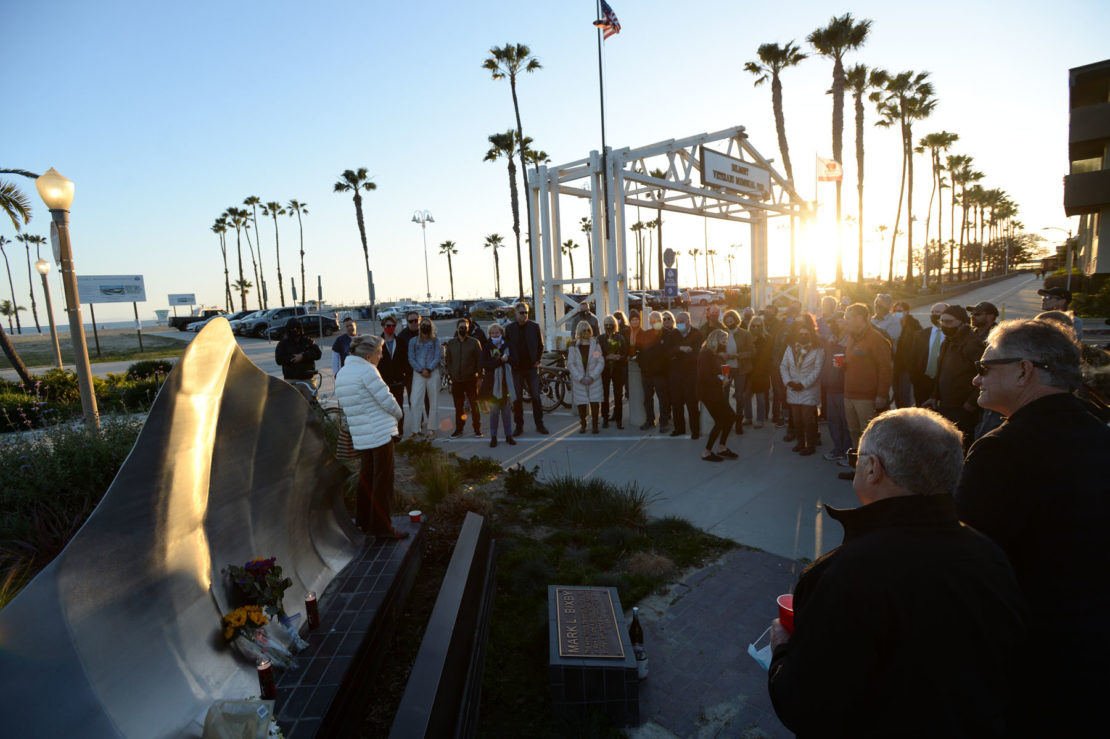 Jean Bixby-Smith speaks to the small crowd gathered to remember her nephew. Photo by Stephen Carr. 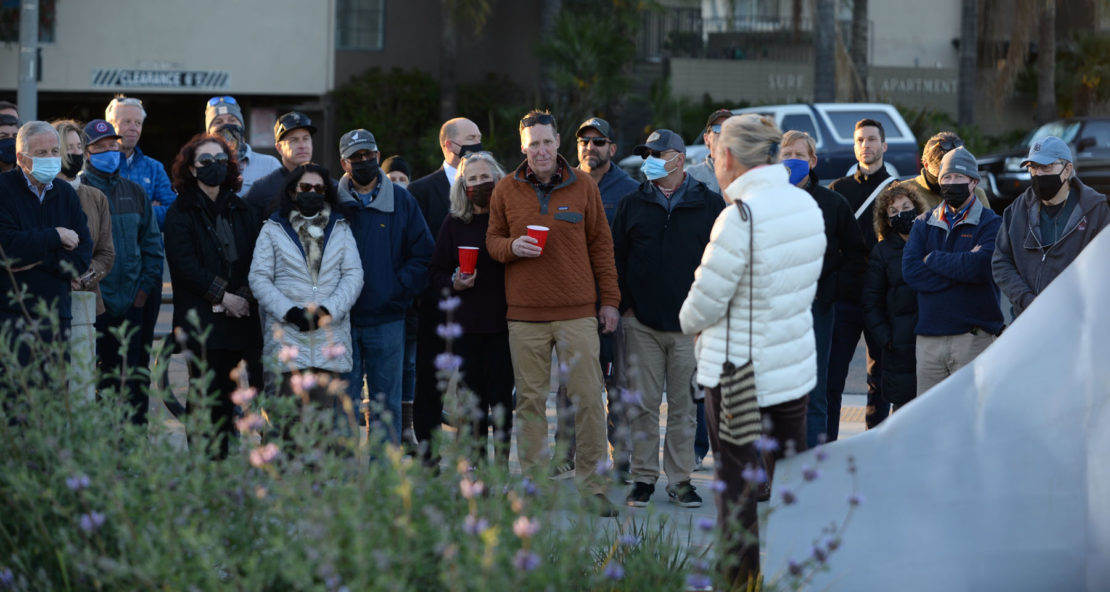 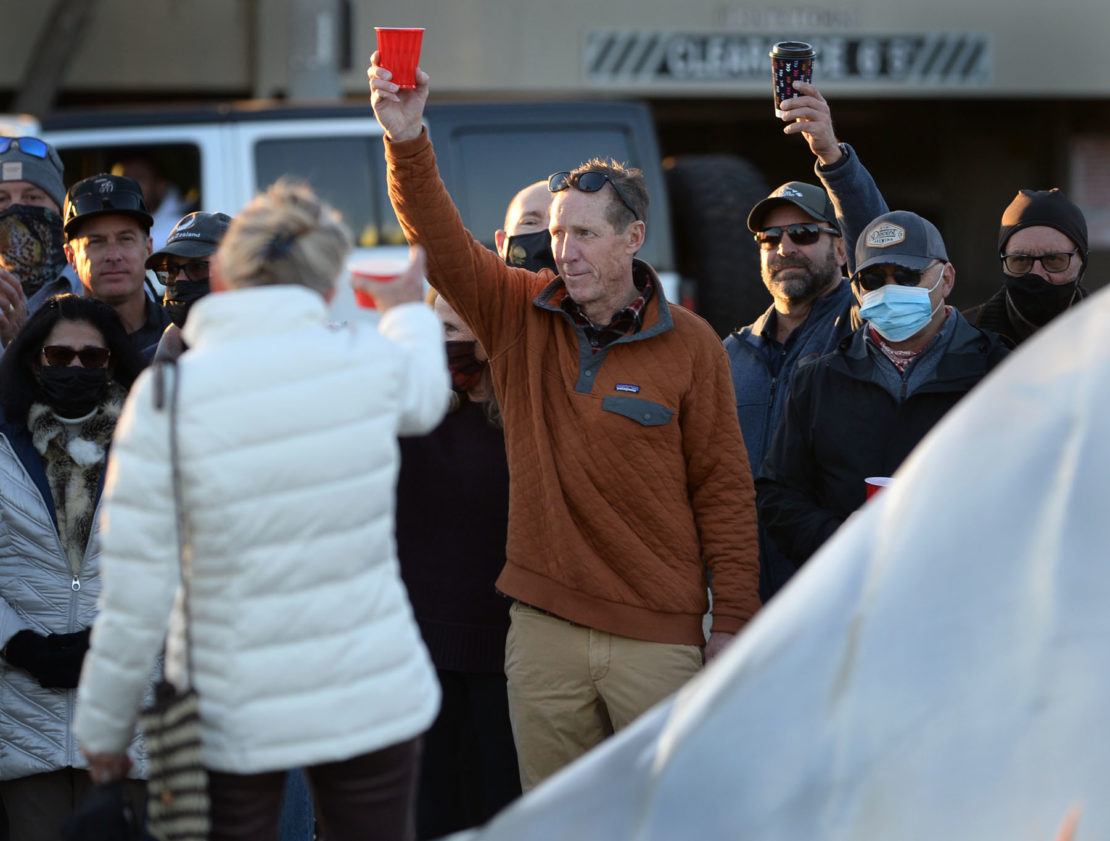 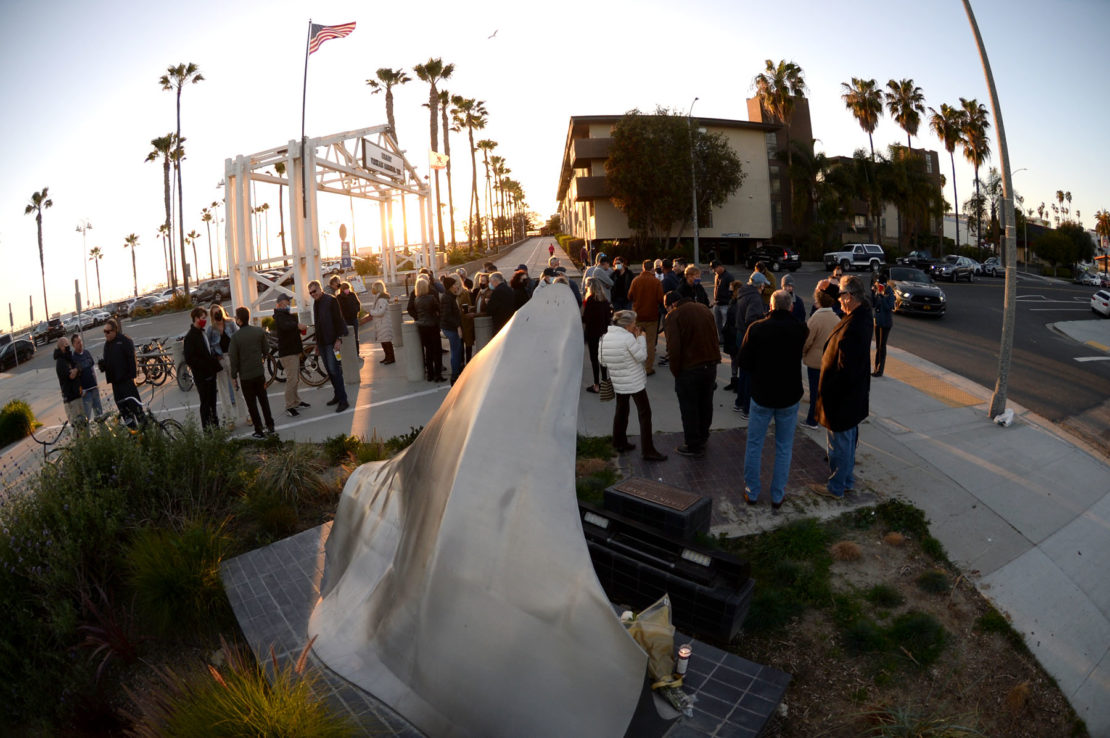 Friends and family gather during a memorial in Belmont Shore Tuesday in front of the “Forming Wave” sculpture. Photo by Stephen Carr. 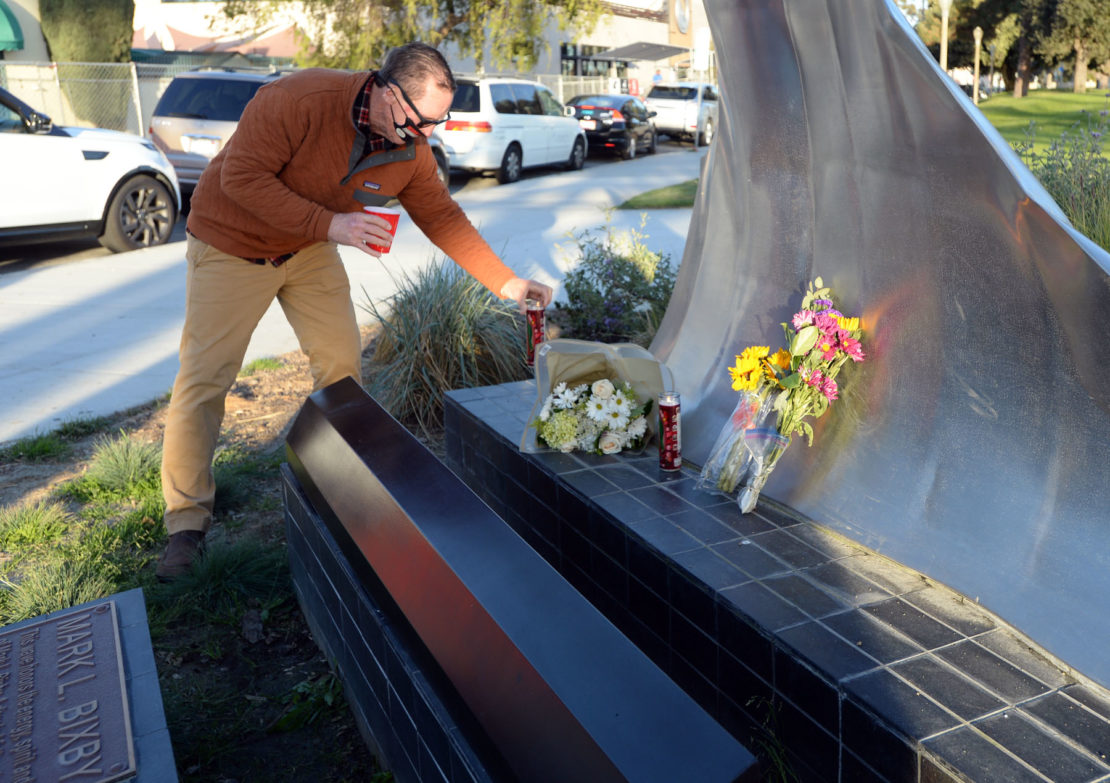 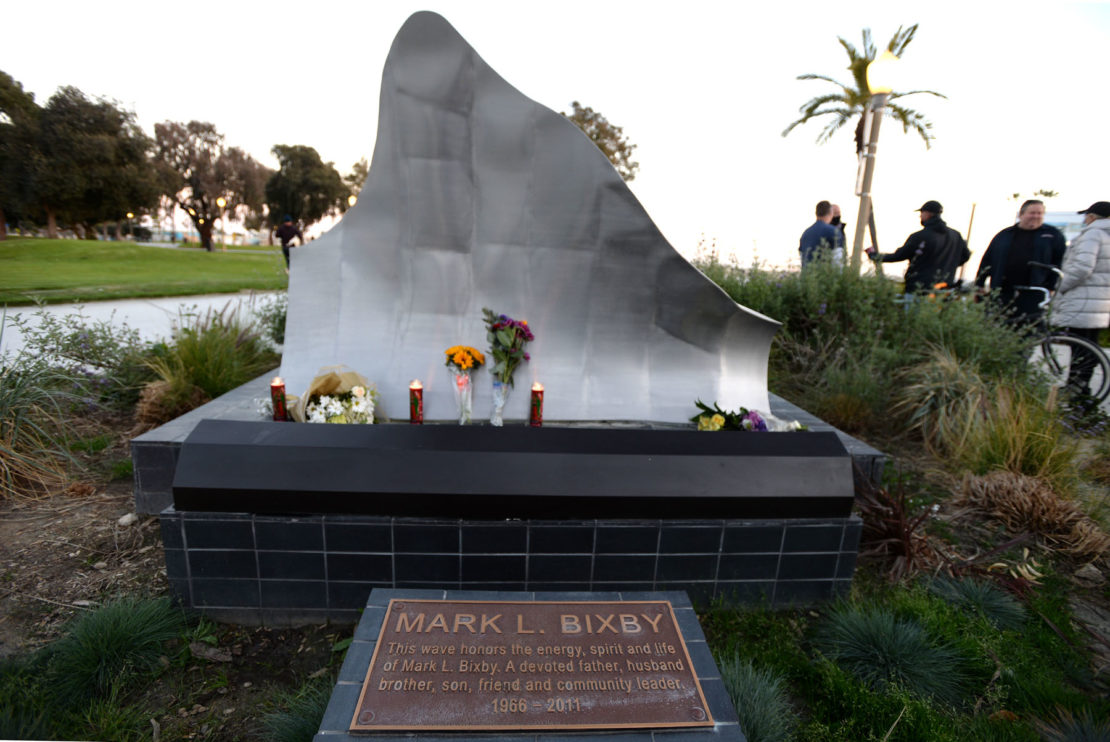 A memorial plaque for Mark Bixby in front of the “Forming Wave” sculpture at the base of the Belmont Pier. Photo by Stephen Carr.