An influential consultant in Long Beach politics has been revealed as one of the key players in a federal political corruption investigation in the city of Anaheim, a disclosure that set off a scramble among local officeholders to distance themselves from her, and, in one case, prompted her firing from a leading mayoral campaign.

The client roster at Melahat Rafiei’s Long Beach-based Progressive Solutions Consulting reads like a who’s who of city politics, filled with Long Beach officials, school board trustees and two-thirds of the city’s nine current council members.

In the last City Council election, for instance, she worked on the campaign of former Long Beach police officer Cindy Allen, whom she would help steer to victory. Rafiei was the one to announce Allen’s candidacy on Oct. 14, 2019. Two weeks later—apparently unbeknownst to Allen—Rafiei was in FBI custody on suspicion of trying to bribe two Irvine City Council members, according to newly released court documents.

That explosive revelation would remain secret until last week, when the court filings from federal agents gave a glimpse into an expansive corruption investigation that centered in Anaheim—already prompting the mayor’s resignation and charges against the former Chamber of Commerce CEO—but has reached into political circles across Southern California. 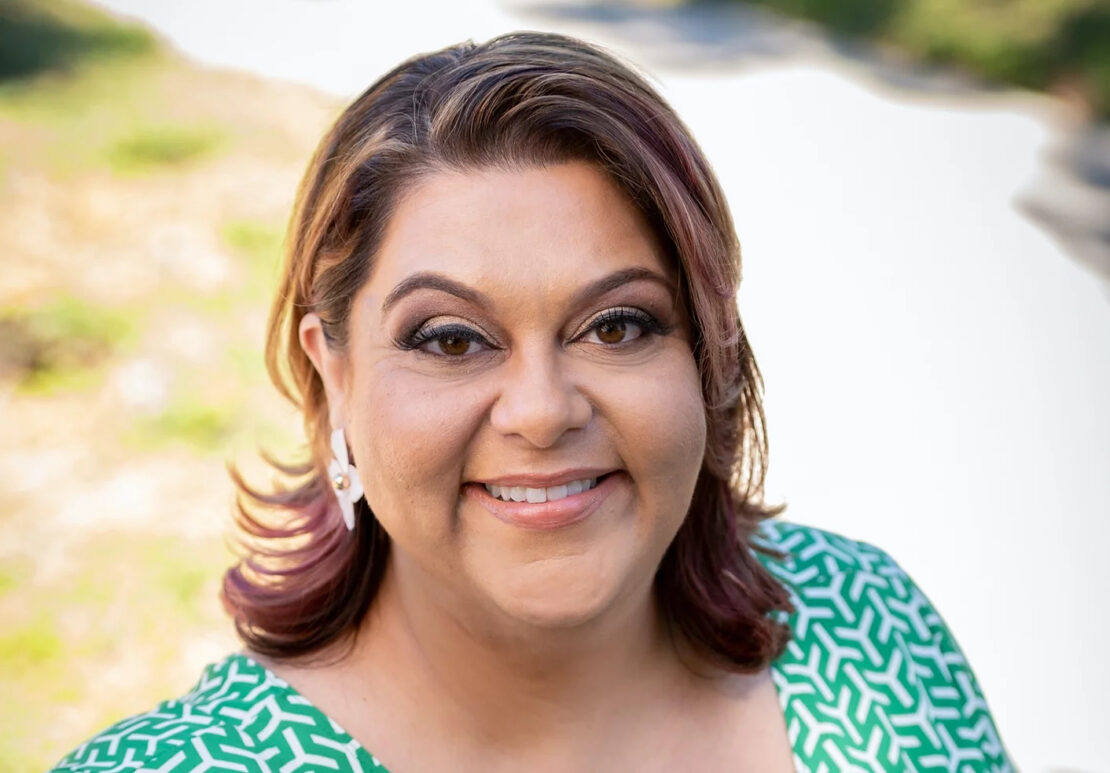 A photo of Melahat Rafiei from her campaign website for California Democratic Party secretary.

Rafiei, who had held positions with both the state and national Democratic Party, resigned both jobs Sunday night, saying recent media coverage of her 2019 arrest and subsequent work as a cooperating witness for the FBI was proving too distracting.

When contacted by the Long Beach Post, local city leaders who had hired Rafiei for work on their campaigns said they were unaware of her 2019 arrest, learning of it only from recent media reports:

Rafiei could not be reached for comment for this story. In a statement on Twitter Sunday announcing her resignation from the positions she held with the national and state Democratic Party, Rafiei said she “never attempted to improperly influence any elected official” and was, in fact, working “to root out corruption.”

In an affidavit focused on accusations of corruption in Anaheim, FBI Special Agent Brian Adkins detailed Rafiei’s arrest nearly three years ago and her subsequent work as a cooperating witness in the bureau’s investigation.

He writes that federal agents arrested Rafiei on Oct. 28, 2019, on charges that included “theft or bribery concerning programs receiving federal funds,” according to Adkins’ affidavit. Rafiei, though not named in the affidavit, admitted to Voice of OC to being the “Cooperating Witness 1” mentioned in the affidavit.

According to Adkins’ affidavit, Rafiei allegedly plotted to bribe two elected Irvine City Council members in exchange for passing favorable cannabis laws in the city for one of her clients.

She began cooperating with special agents in an investigation into public corruption in the city of Anaheim following her arrest, and prosecutors dropped the charges against her but left open the possibility of refiling them, according to the affidavit.

But Adkins also wrote in the affidavit that he believed Rafiei “lied to FBI” special agents on the day of her arrest and “has omitted material facts to investigators throughout” her cooperation with the FBI, including additional possible times where she “has offered to pay bribes to elected public officials.”

The federal public corruption probe has rocked the city of Anaheim and stalled the sale of Angel Stadium following allegations that Mayor Harry Sidhu was leveraging the deal to secure campaign contributions.

Sidhu resigned on Monday “to continue to act in the best interests of Anaheim and allow this great City to move forward without distraction,” according to a statement from his attorney in the L.A. Times.

Last week, former Anaheim Chamber of Commerce CEO Todd Ament was charged with making false statements to a financial institution for allegedly lying to a mortgage lender about his assets while seeking a loan for a $1.5 million home in Big Bear City.

Federal investigators alleged that Ament and a political consultant ran a “cabal” that influenced business and politics in Anaheim behind closed doors.

Among the allegations, Ament is accused of diverting funds intended for the Chamber into his own personal bank account and defrauding a cannabis company that had retained Rafiei to help with favorable cannabis laws in the city.

The Orange County Register identified the cannabis company Rafiei represented as From the Earth, whose CEO, Dan Zaharoni, also had ties to Long Beach.

Zaharoni was chief development officer for Urban Commons, which operated the Queen Mary before descending into bankruptcy amid accusations of fraud and mismanagement. Zaharoni also paid then-Councilwoman Jeannine Pearce tens of thousands of dollars through From the Earth and other cannabis-related companies he controlled, something investigators said was a conflict of interest.

Editor’s note: This article was updated to reflect Councilwoman Suzie Price’s 2021 and 2022 payments to Progressive Solutions Consulting and that Connor Lock is Councilwoman Cindy Allen’s chief of staff.