Miller Children’s Hospital is reporting its highest volume of pediatric patients with COVID-19 since the start of the pandemic two years ago, hospital officials said this week.

The hospital declined to say how many children are currently under their care, but city health officials said as of Wednesday, there are nine children ages 0-17 hospitalized with COVID-19. When the omicron variant emerged in November 2021, there were no children hospitalized with COVID-19 in Long Beach, and only five throughout the entire pandemic, according to the city health department.

The number of pediatric patients hospitalized with COVID-19 is still a small percentage compared to the overall population. There were 348 people in the five hospitals that serve the Long Beach area, the most recent figures from Wednesday show.

Since the pandemic began, 71 youths age 0-19 have been hospitalized in Long Beach, roughly 2.4% of the total number of hospitalizations, according to the city.

But the recent rise is alarming for health officials, with county, state and national health officials also reporting big increases in children with severe cases of the virus. On Wednesday, on the two-year anniversary of the Los Angeles County’s first confirmed case of COVID-19, the Department of Public Health reported its youngest death: a 15-month old toddler.

That case is “a stark reminder that the virus can cause devastating outcomes among those most vulnerable, including young children not yet eligible for vaccinations,” county health director Barbara Ferrer said in a statement.

Dr. Graham Tse, chief medical officer at MemorialCare’s Miller Children’s & Women’s Hospital, said the hospital has seen pediatric cases ranging from newborns to adulthood. Seeing COVID-19 in children under the age of 5, who aren’t able to be vaccinated yet, is especially difficult.

“What’s even tougher is if their parents have chosen not to get vaccinated themselves” the physician said. 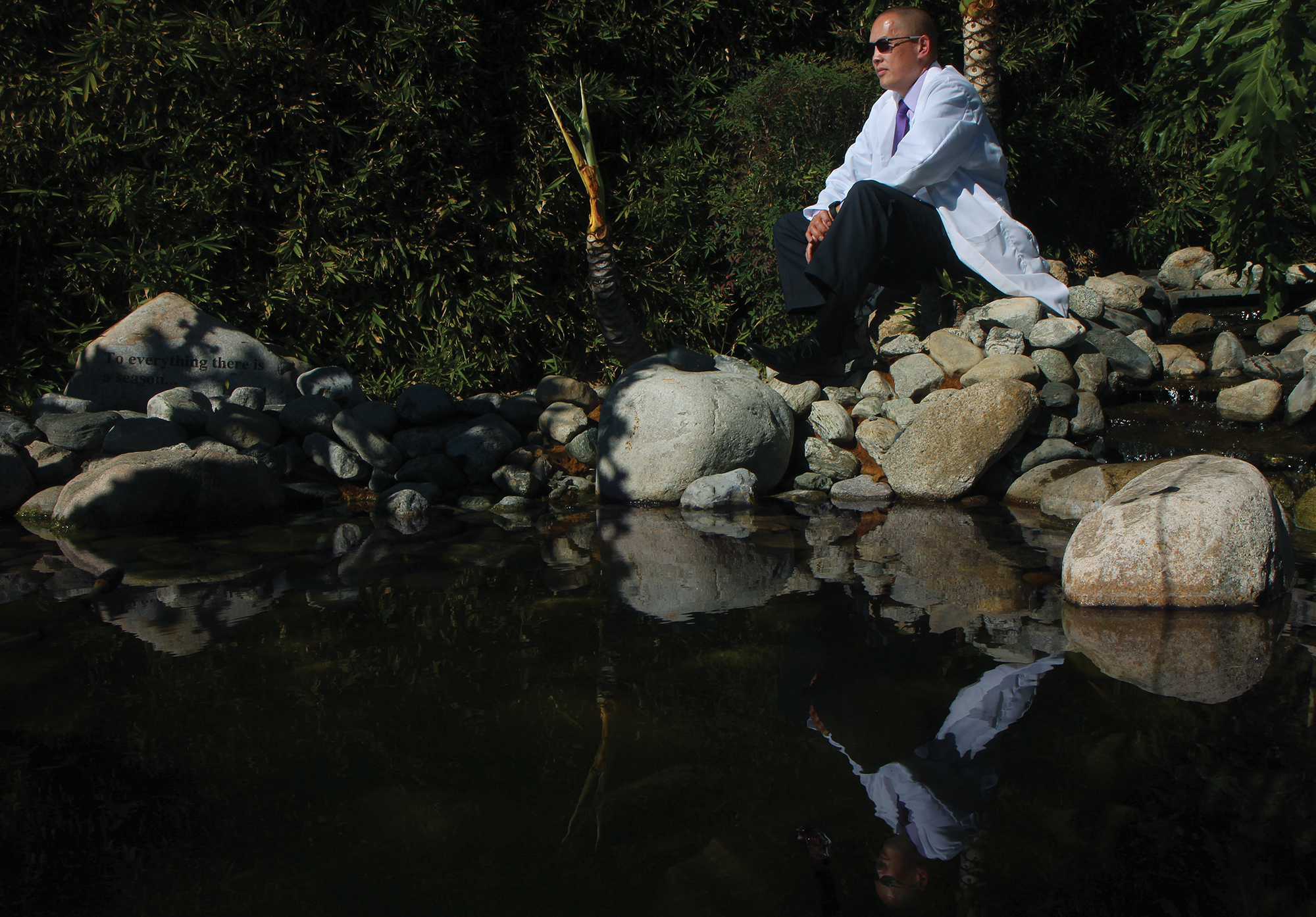 The Centers for Disease Control recommended children ages 5-11 get vaccinated in early November, but relatively few children have gotten the shot since then.

Tse said he’s heard a variety of reasons from parents as to why they didn’t get their children vaccinated, or get vaccinated themselves, but the most common was fear of the child developing Myocarditis, an inflammation of the heart muscle.

The federal government has not authorized vaccinations for children younger than 5, which places their parents in a difficult bind, said Dr. Moira Szilagyi, president of the American Academy of Pediatrics, in a Jan. 25 statement. Many parents who want to keep their children at home to reduce exposure are risking their jobs, which may not offer remote work options.

“Families already have been through so much, and the burden has been especially high for families with children under age 5,” said Szilagyi in the Academy’s statement. “We are hearing this from across the country, from parents and the pediatricians who care for their children—who are also exhausted, worried, and frustrated.”

That may be part of the reason why hospitals are seeing a rise in pediatric cases across the country. In fact, the current rate of pediatric COVID-19 infections is the highest since the start of the pandemic, according to the American Academy of Pediatrics.

More than 1.1 million children in the U.S. were diagnosed with COVID-19 in the week ending Jan. 20, according to the Academy. That number is 17% higher than the number of pediatric cases diagnosed just the week prior.

Since March 2020, when the pandemic began, more than 10.6 million children in the U.S. contracted COVID-19, according to the Academy. A fifth of those cases—more than 2 million—have happened in just the past two weeks.

More than 826,000 children in California have been infected with COVID-19, according to MemorialCare officials.

“These numbers are staggering,” said Szilagyi. “It’s more important than ever that we all continue to practice the prevention strategies we know are most effective.”

Those strategies include masking in public, isolating when feeling sick and getting everyone eligible vaccinated, according to Szilagyi.

The available COVID-19 vaccines are safe and highly effective in preventing severe disease, hospitalization and death, health officials have said.

The surge in pediatric cases is adding further strain on hospitals that are already dealing with fewer doctors, nurses and staff.

“Our staff is tired,” said Tse, the chief medical officer Miller Children’s Hospital. “We’re entering the third year of this pandemic. Everyone’s tired. But we entered this profession to care for the sick and make people healthy.”