A prominent Long Beach pastor convicted of stealing nearly $100,000 from a disabled veteran under his care is now facing a wrongful death lawsuit from the veteran’s two children.

Misi Tagaloa, of the Second Samoan Congregational Church near Downtown Long Beach, is accused of neglecting Phillip Campbell while the Air Force veteran in his 60s slid further into schizophrenia and Alzheimer’s disease.

Tagaloa “relegated” Campbell “to a couch in the back building of the church” as Campbell’s “mental, psychological and physical health declined in plain sight,” according to the lawsuit filed Tuesday on behalf of Campbell’s two children, who’d spent years worrying their father was dead or on the streets before they discovered he was under Tagaloa’s care.

After Campbell’s family was able to briefly reunite with him in 2017, Campbell suddenly went missing again from Tagaloa’s church, according to court records. Campbell soon turned up at a convalescent hospital in Gardena, but Tagaloa failed to inform the family about this, they allege. They only learned Campbell was safe seven months after he disappeared, when law enforcement independently located him at the hospital, according to court records reviewed by the Long Beach Post.

Now unable to speak because of “his untreated Alzheimer’s, schizophrenia and other medical conditions,” Campbell was admitted to a memory care facility where his family was able to visit him before he died in 2020, according to the lawsuit. 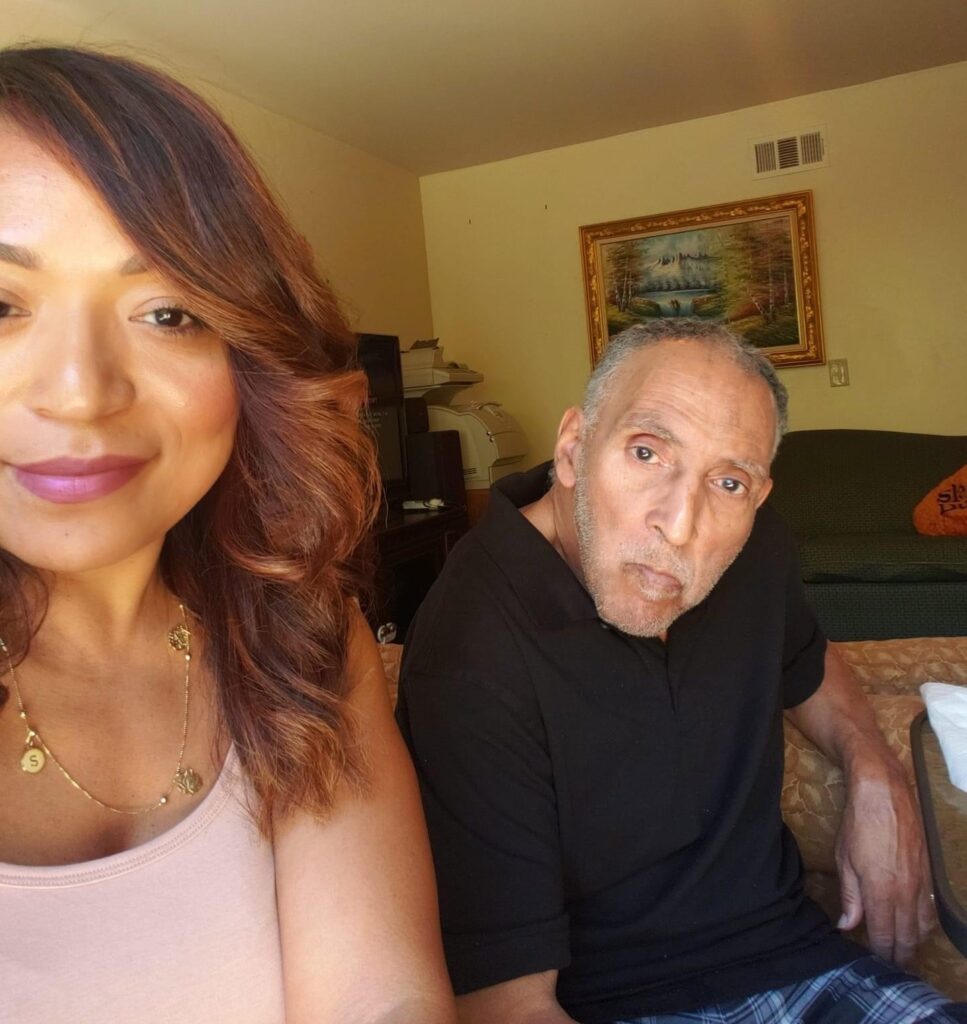 Tagaloa “stole the income of a disabled U.S. Air Force veteran,” Campbell’s daughter, Sounmi, told the Post. Tagaloa “and his staff failed to assist my father in locating his family, as well as watched as his health declined, only getting him help after we located our father.”

Sounmi said the lawsuit is not about the money she and her brother could recoup for their father’s pain and suffering. Instead, she sees it as a deterrent for would-be abusers.

“Pastor Tagaloa must be held accountable for the financial abuse, neglect, abandonment and isolation inflicted upon this disabled veteran, resulting in his ultimate demise,” said attorney Karen Gold, who filed the lawsuit on behalf of Sounmi and her brother Larry. “In this lawsuit, Mr. Campbell’s children are seeking justice for their beloved father and hope to raise awareness to save others from a similar fate.”

The lawsuit, which seeks unspecified damages, also names Tagaloa’s Second Samoan Church and its larger denomination, the United Church of Christ, alleging they failed to stop the pastor’s theft and neglect.

Members of Second Samoan’s board and the United Church of Christ conference responsible for overseeing Tagaloa did not immediately respond to questions sent Tuesday morning. Tagaloa is still listed as Second Samoan’s senior pastor on the church’s website.

It’s not entirely clear how Campbell ended up connecting with Tagaloa.

The Air Force veteran had long battled schizophrenia, according to his family. He disappeared from his sister’s home in Georgia about two decades before his death.

Tagaloa estimated he met Campbell around 2003 while Campbell was still on the streets in Long Beach. Eventually, Campbell moved into a building next to the Second Samoan Church on Cedar Avenue that Tagaloa used for a long-running homeless ministry.

Tagaloa applied to manage Campbell’s VA benefits in 2016, but by the next year, administrators were flagging suspicious expenses like $4,390 paid to a sound and stage equipment company, according to court documents reviewed by the Post.

Nevertheless, he was allowed to keep managing Campbell’s finances for years and ultimately pleaded no contest earlier this year to felony theft from an elder dependent.

Tagaloa “acknowledged taking decedent’s VA benefits during his care and custody, for fancy dinners, stylish clothing for himself, and other improper and immoral purposes,” the lawsuit says.

In his criminal case, prosecutors accused Tagaloa of spending thousands of dollars from Campbell’s account at clothing and apparel stores. Other expenses included $11,305 to pay off credit card debt in Tagaloa’s name; $11,000 earmarked for rent, donations and tithes to Tagaloa’s Second Samoan Church; $3,319 in cash withdrawals; and $5,506 deposited into an online stock-trading service.

Tagaloa did not respond to questions about the lawsuit but previously told the Post that he was friends with Campbell and he spent the money for the benefit of his friend and the larger church community.

“I made some mistakes, but it doesn’t make me a bad person,” Tagaloa said at his sentencing in August, where he received two years of probation and 200 hours of community service, and was ordered to pay back $96,000 to Campbell’s estate.

The state Attorney General’s office, which prosecuted Tagaloa, said it doesn’t appear the pastor has paid back that money yet.

“To our knowledge, the defendant has not yet fulfilled the restitution requirement,” a spokesperson said.