Long Beach homicide detectives are investigating after a man was shot to death in his home across the street from St. Anthony High School Tuesday night.

Wednesday morning, homicide detectives and forensics crews were still at the scene on Olive Avenue between Sixth and Seventh streets, where friends from the neighborhood gathered on the corner to comfort each other after hearing about what happened.

“All we know is people walked in and found him dead on the floor,” said an acquaintance of the victim, who emphatically declined to give his name considering the shooter or shooters were still loose.

The victim was found dead in his apartment, according to the acquaintance, who said he’d dropped him off there just an hour earlier, but the exact time of the shooting wasn’t immediately clear. Neighbors said they hadn’t heard gunfire or realized anything was wrong until police arrived Tuesday night.

Police said the victim’s roommate found him and called 911 around 9:45 p.m. First-responders tried to revive the victim, but he died at the scene, the LBPD said in a statement. 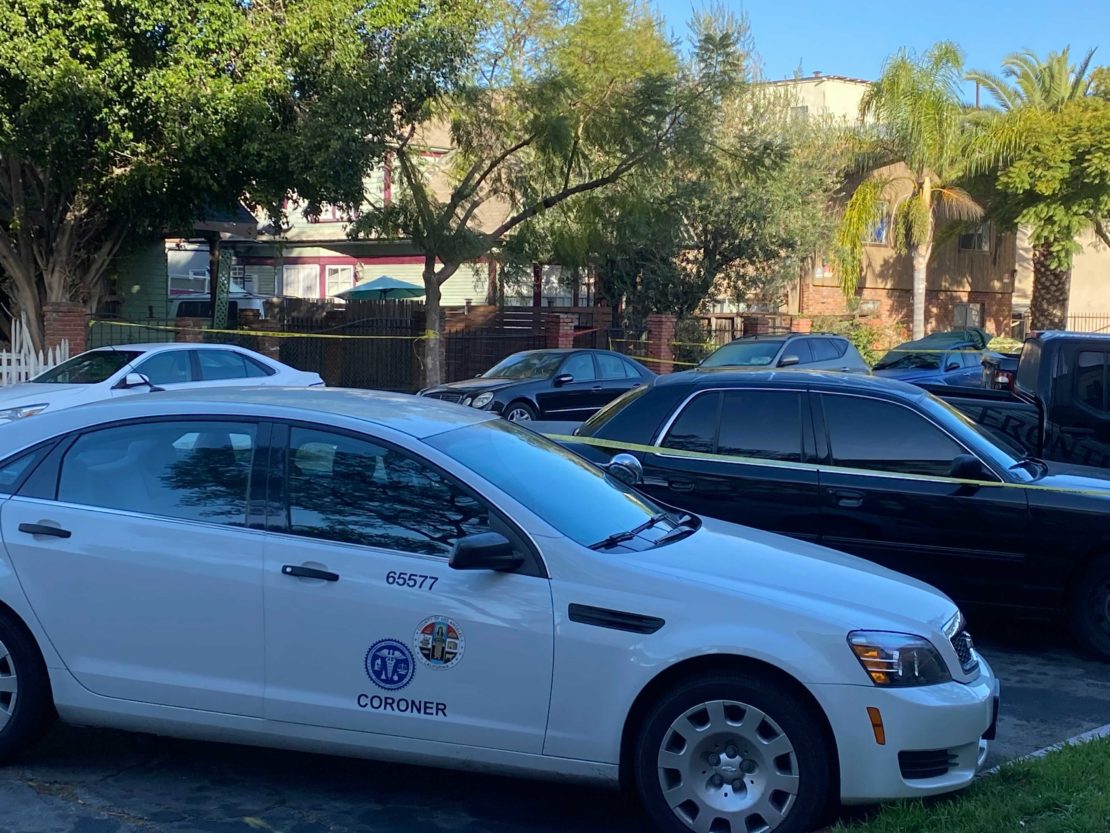 A coroner’s vehicle at the scene of a homicide where a man was found dead inside a home near Sixth Street and Olive Avenue. Photo by Jeremiah Dobruck.

“The motive for the shooting and additional suspect information is currently unknown,” police said. “Detectives are actively working to gather additional information to further the ongoing investigation.”

Police asked anyone with information to call Det. Oscar Valenzuela or Det. Eric Thai at 562-570-7244. Anonymous tips can be submitted through Crime Stoppers by calling 800-222-TIPS or visiting www.LACrimeStoppers.org.

Editor’s note: This story was updated Thursday, Feb. 18 with the name of the victim.