Long Beach Airport has awarded three new supplemental flight slots this week after its annual noise budget analysis showed room to allow three additional daily flights—however the decision comes in the midst of an economic downturn in which the airline industry is lobbying the federal government for a bailout.

The three additional slots were awarded to Southwest Airlines (two slots) and Delta Airlines, according to a city memo released this week. The new flight slots will give the airport a total of 53 maximum daily flights.

But whether the airlines end up utilizing them is to be determined.

Southwest, which is the airport’s second largest tenant, employs about 62 people at Long Beach Airport and operates 16 daily flights to five cities out of Long Beach. Delta has a much smaller share of flights in the city, operating about seven daily flights.

A spokesperson from Delta said they had no news to share about their operations out of Long Beach and how the coronavirus might affect business. Brad Hawkins, a spokesperson for Southwest, said the current situation is being viewed as a short-term blip in the airline’s overall business plan.

“We’re California’s largest airline (in terms of air passengers flown to/from/within), and we serve five airports in the LA Basin,” Hawkins said in an email. “Beyond the current conditions, there’s historic demand for more access for Southwest’s value and reach from our SoCal Customers who prefer [Long Beach] airport over extra time on the [freeway].”

Kate Kuykendall, spokeswoman for the airport, said that the city was taking measures to help airlines maintain their good standing with the airport.

“We are seeing some cancellations of flights and a significant reduction in our passenger loads, which is the number of seats filled on each flight,” Kuykendall said. “In light of this, Long Beach Airport has waived minimum flight slot utilization requirements through May 31st, which is line with the FAA guidance to other flight-slot controlled airports.”

The city implemented minimum flight slot usage minimums in 2018 that airlines have to meet in order to maintain good standing with the airport. Not meeting certain monthly, quarterly and annual usage marks can result in an airline being stripped of coveted daily flight slots at the airport.

How much passenger activity has dipped in the past few weeks likely wont be revealed for a few months. The latest budget figures that were presented to the city’s Airport Advisory Commission were for the month of December.

Southwest and Delta are among the five largest airlines in the United States, all of which announced earlier this week that they were seeking a $50 billion bailout from the federal government to help cope with the fallout from the coronavirus pandemic.

The request was announced Monday through Airlines for America, a group that represents Southwest and Delta as well as American Airlines, and United Airlines. The group asked for bonds, grants, loans and tax relief for the airline industry calling the current economic situation unsustainable for the industry.

“This is a today problem, not a tomorrow problem. It requires urgent action,” said Airlines for America President and CEO Nicholas E. Calio in a Monday release. 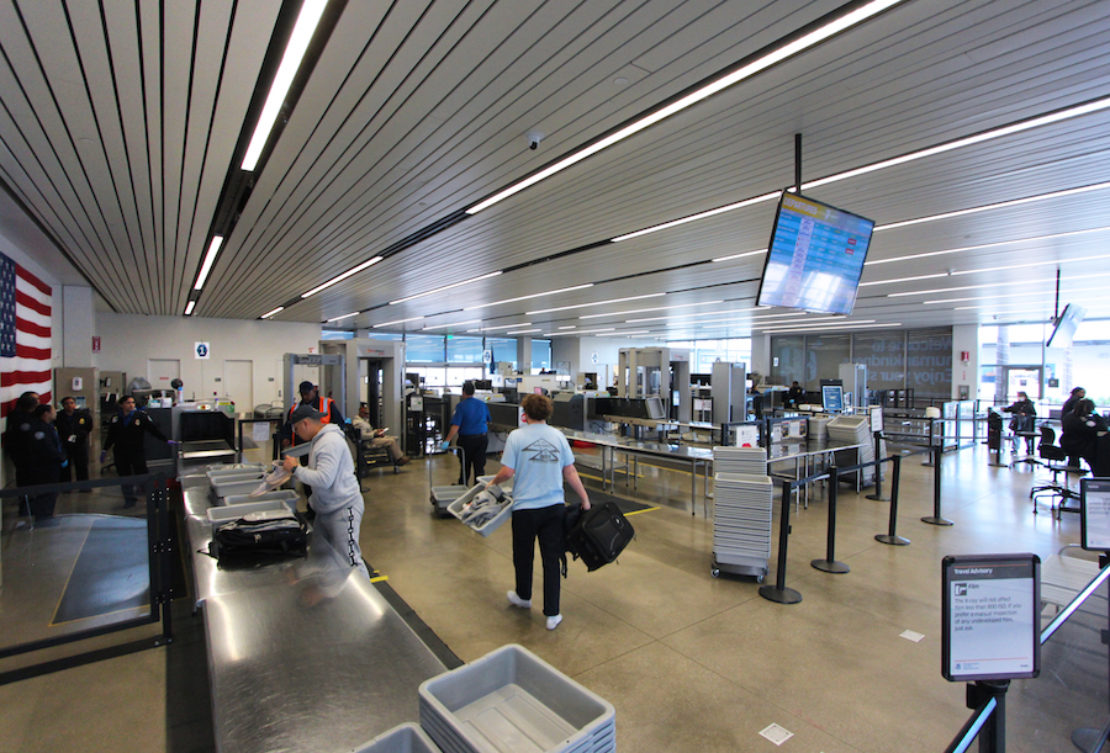 The new slots were awarded in February with an effective date of March 1, according to a city memo published Tuesday. That, however, was just weeks before COVID-19 was declared a pandemic by the World Health Organization and air travel nationwide began to decrease.

City officials have credited a number of things for the airport’s ability to add flights over the past couple years, citing quieter aircraft and less late night flights as two of the main components that have allowed the addition of flights lots, the latter of which could be connected to JetBlue Airlines’ decreased overall activity at the airport.

JetBlue, for years, has been one of the main offenders of the city’s noise ordinance and noise curfew. The airlines’ late-night curfew violations had disproportionate impacts on the noise budget the airport uses to calculate if there’s room for new flight slots at the end of each year.

JetBlue announced in January that it was relinquishing seven permanent flight slots at the airport, which have yet to be awarded to other airlines. The last date of operation of those slots is April 28 and it’s unclear if any incumbent airlines operating out of Long Beach will claim additional slots.

Still the largest tenant at Long Beach Airport, JetBlue also announced Wednesday that it was curtailing service in the wake of the shifting economic landscape. In an email to employees, JetBlue said it would be reducing flying to reflect demand.

“We are reducing our capacity in the coming months, with a reduction of at least 40% in April and May,” the letter said. “We also expect substantial cuts in June and July, and given the unpredictability of this event, we will ground some of our aircraft. We know this is not an easy move—it will impact hours for many frontline Crewmembers, but it is also essential that we reduce capacity in the face of dramatically falling demand.”

If the coronavirus pandemic has a prolonged impact on the domestic travel industry Long Beach Airport could be in for more financial strain. The seven slots that JetBlue released are currently in the process of being reallocated to interested airlines. If they go unfilled, the airport could see revenues fall.

Landing and ramp fees as well as gate use fees at the airport accounted for about a quarter of the airport’s operating revenue in 2019. As of its last budget report given last month airport officials were projecting an 8% decrease in its year end profits.

“We are optimistic that demand remains high for flight slots at Long Beach Airport,” Kuykendall said. “The airlines have until March 27th to get back to us about whether they would like to be added to the waiting list for permanent slots.”